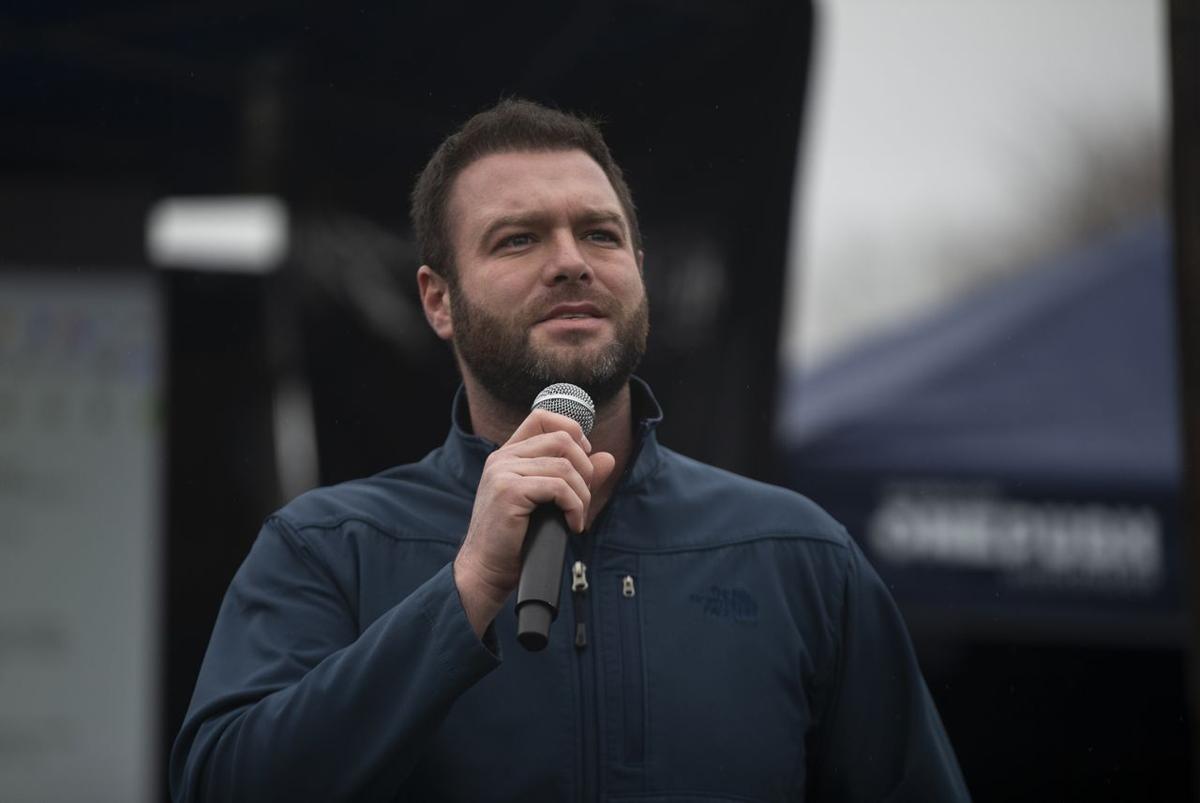 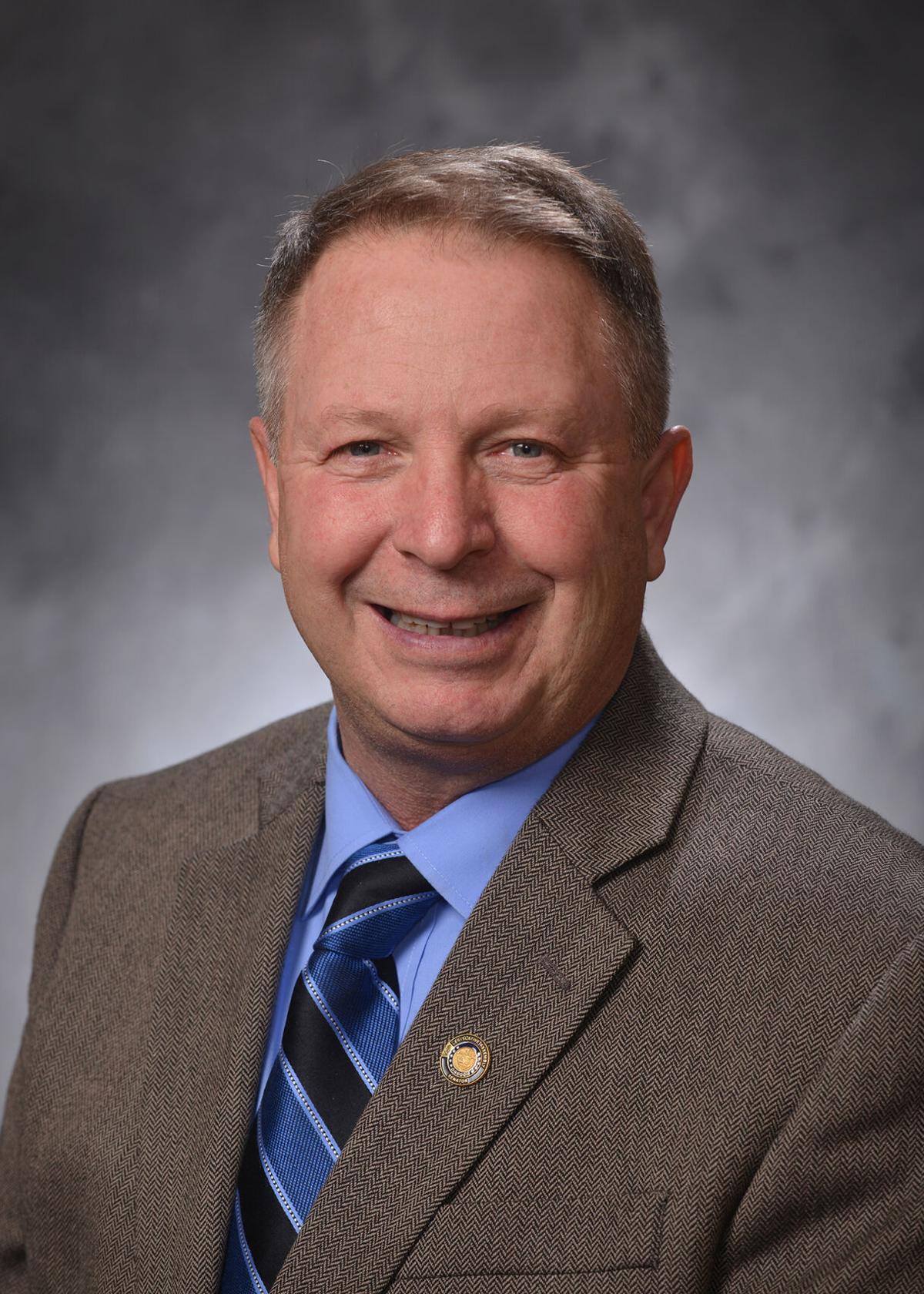 Sen. Dallas Heard, a Republican from Roseburg, is one of the group’s main supporters. On Friday night, Heard announced he would raffle off his sports car, a 2000 Dodge Viper, to raise money to support the group’s future endeavors.

Sen. Herman Baertschiger Jr., R-Grants Pass, also spoke at a Friday event at a Roseburg church. The event appeared to be well attended, according to an hourlong video posted to Facebook showing with multiple camera angles. No one in view on the video appeared to be wearing a mask.

Heard made headlines last month when he removed his mask in a floor speech at the Dec. 21 special session, saying Brown’s government “oppressors” had “false authority” when demanding he wear a mask.

As part of his lengthy speech Friday, Heard said people who file complaints against businesses that choose to open despite COVID-19 regulations are “extremists.”

“Those kinds of people need to be known, publicly,” Heard said. “They are cowards. They are bullies. They have no right to anonymity.”

The Roseburg News-Review reported Saturday that the group had revealed the identity of two Douglas County women, both senior citizens, who it said had filed complaints with state regulators about businesses that failed to comply with public health guidance.

According to the newspaper’s account, when a reporter started asking questions, the women’s names were removed from the Citizens Against Tyranny’s website. Prior to removal, the website labeled the women as “filthy traitors,” the newspaper wrote, and the words were spattered with red, as if to indicate blood.

The newspaper protected the women’s names out of concern for potential harassment. One of the named women told the paper she was shocked. “I’m not a filthy traitor, I’m a good American,” she said. She reportedly had called the state regarding workers not wearing masks at a Safeway in Reedsport.

In his speech at the church, Heard said people publicly identified by Citizens Against Tyranny had to be “heavily vetted” and said group members were not the “pitchfork and torches crowd.”

But he said the group’s declaration, which he said was modeled on the Declaration of Independence “in scope and purpose,” is clear that anyone — be they a public employee or a private citizen — who attempts to deprive businesses of their rights to operate freely in violation of coronavirus restrictions “will be held fully accountable and will be made publicly known for their hostile actions.”

Heard said he didn’t endorse violence or aggressive action toward those who filed complaints, but he also referred to them as rats and “extremists” who should “no longer be immune to the consequences of their actions.”

He noted that people who are scared of COVID-19 can stay home and have groceries delivered or brought out to them if needed.

“You never have to be exposed to us lepers,” he added.

According to the declaration, people who file complaints against businesses should be banned from local businesses.

“Banned persons will be refused service at all participating businesses until a public apology is issued and full monetary restitution offered, equal to any and all damages to or costs incurred by the person(s) or business(es) harmed by the above listed hostile actions!” the declaration reads.

Heard noted in his Friday speech that he doesn’t have the support of the Douglas County Commission.

He also doesn’t have the support of John Hanlin, the county sheriff. Hanlin told the News-Review he doesn’t support outing public citizens. “I don’t feel that sharing the names of individuals who think or may believe that they are reporting … violations of law or violations of the governor’s orders, I don’t believe it’s appropriate to shame them or publish their names for doing what they believe may be the right thing,” Hanlin told the paper.

He added that it’s not appropriate to publish names of people who “report drunk drivers or who report a domestic disturbance.”

Hanlin also told the paper he didn’t like the fact the Citizens Against Tyranny was demanding elected officials sign on, calling it “coercion.”

Rep. Gary Leif, R-Roseburg, posted his disapproval to Facebook, saying he was “very distressed” by Heard’s “possible connection” to the group.

Heard said Friday during the video that he helped the group’s volunteer board write the declaration.

The Citizens Against Tyranny’s webpage includes a tab labeled “Press,” which includes only stories or videos about Heard and his decision to remove his mask during a special session of the Legislature at the Capitol in Salem.

One of the links is to his wife’s Instagram page, which shows her vantage point for the December speech.

Leif, the fellow Roseburg lawmaker, said he supported Hanlin’s stance. “We have a duty to represent all the citizens in our elected area, and we have a duty to uphold the Constitution.”

Leif said he has experienced “threats from members of these extreme groups.”

The Friday event appeared to show Heard and the Citizens Against Tyranny have considerable support in Douglas County.

Heard started his comments by saying he typically shoots from the hip and says thing he later regrets but pledged to be “structured” and “controlled.”

The speech was tinged with calls for religious action but also a broader call, from Heard and Baertschiger, for collective grassroots political action.

At another point, he noted that the group may be too big for its space at the Garden Valley Church in Roseburg.

“We may go ask the county commissioners if we can use the fairgrounds,” he said, a comment that drew laughter and cheers.

Heard responded that maybe he should write a letter to the editors of the local newspapers.

What would be nice is if some of these conservative politicians with so much time, energy and money would direct some of those resources towards solving problems...for example, the public health crisis that is gripping the state and nation. It's hard to see these actions as anything but making the problem worse.

Let's see, Rep. Heard complains about the "tyranny" of having to wear a mask yet uses the language of a petty tyrant as trump has done for years now. Expressing that he's against violence but calls those who follow "rats and extremists'. He may need to look into the mirror. He'll see a tyrant right there.