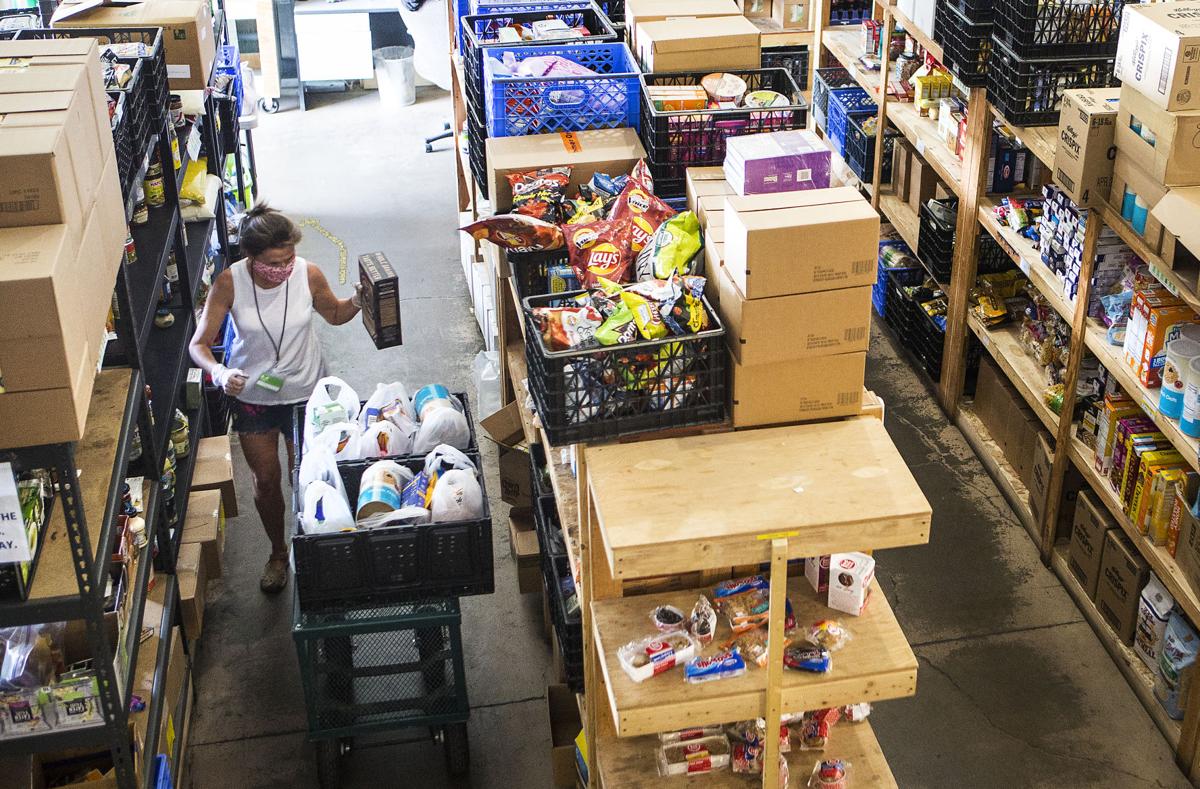 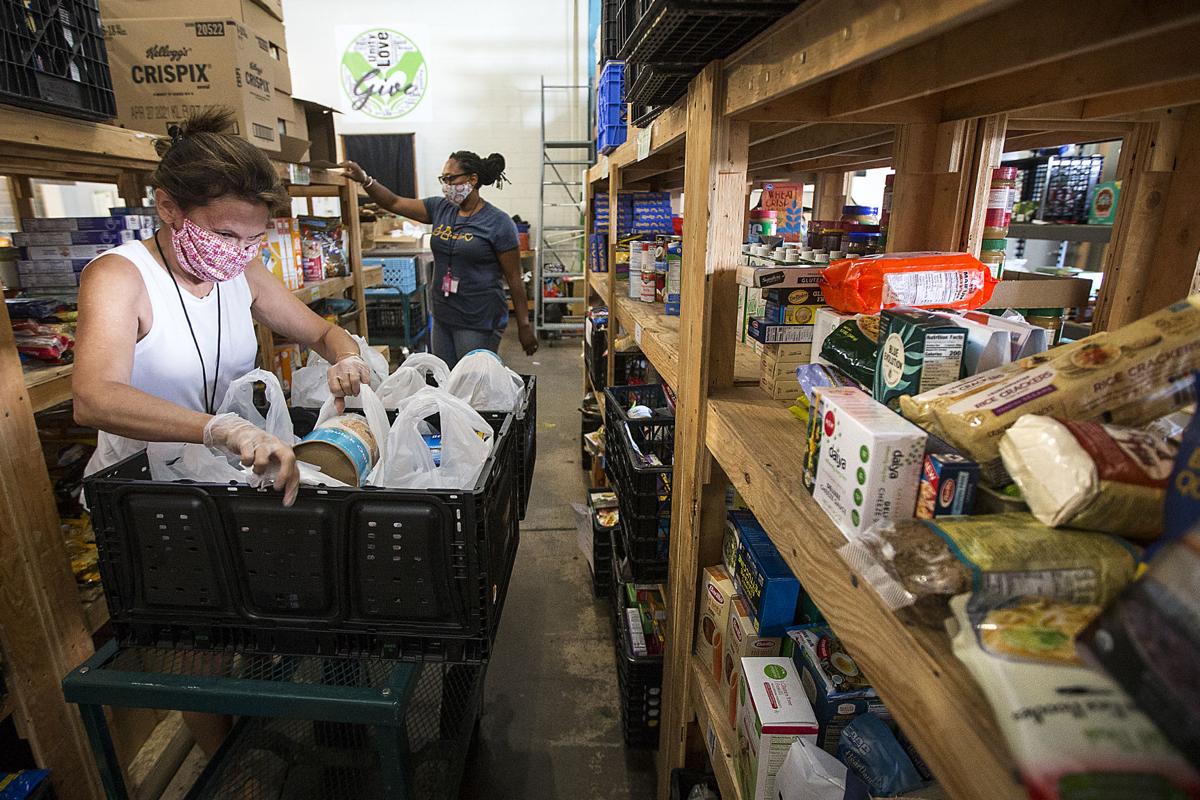 Tracy McNaught works on filling food boxes as Bethany Garland-Wood organizes a shelf while working together at the Giving Plate food pantry in Bend on Friday, July 3, 2020. 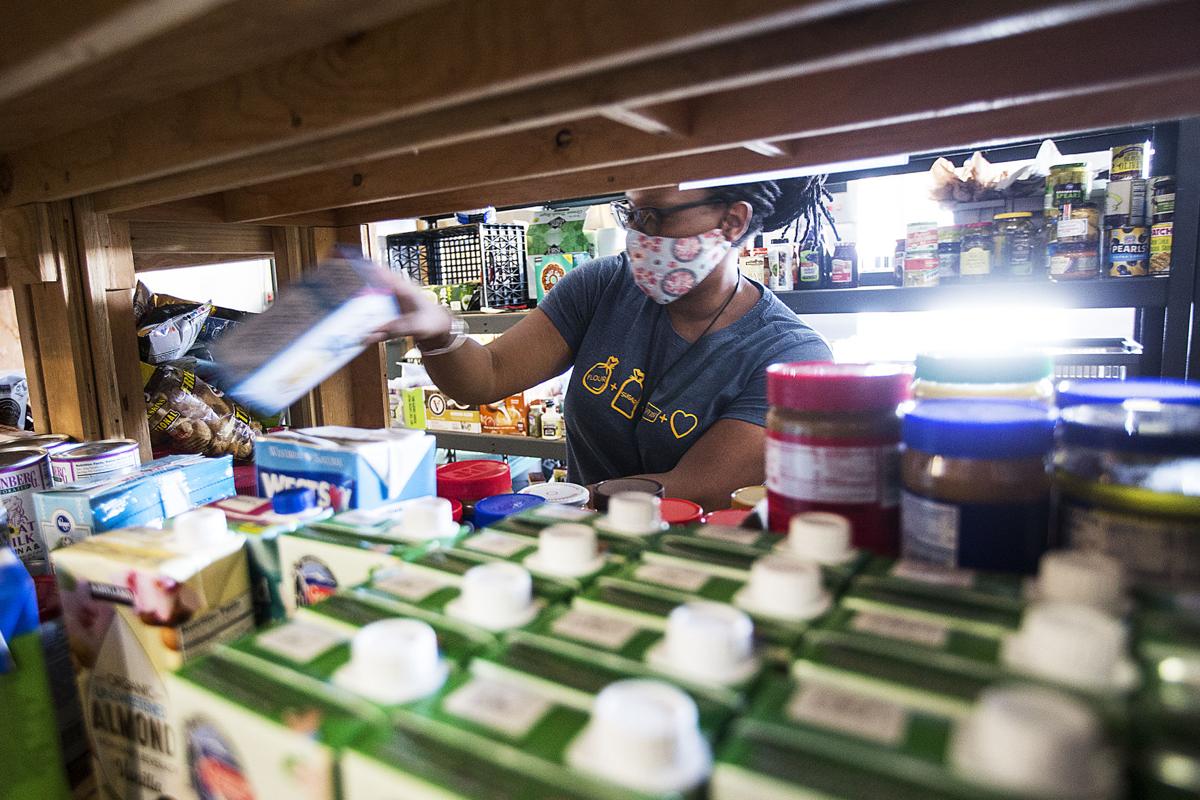 Bethany Garland-Wood organizes a shelf of food Friday while volunteering at the Giving Plate food pantry in Bend. 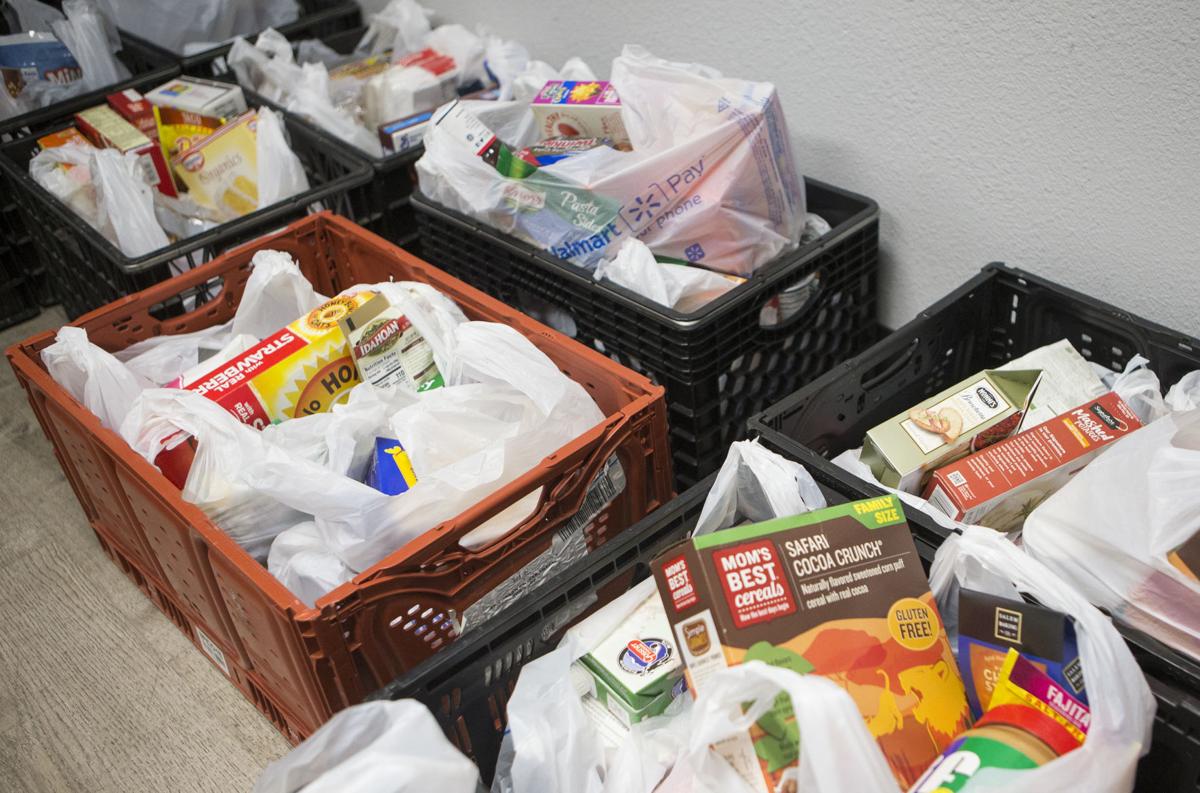 Several food boxes ready to be distributed to people in need Friday, July 3, 2020, at the Giving Plate food pantry in Bend.

Tracy McNaught works on filling food boxes as Bethany Garland-Wood organizes a shelf while working together at the Giving Plate food pantry in Bend on Friday, July 3, 2020.

Bethany Garland-Wood organizes a shelf of food Friday while volunteering at the Giving Plate food pantry in Bend.

Several food boxes ready to be distributed to people in need Friday, July 3, 2020, at the Giving Plate food pantry in Bend.

After experiencing a massive increase in the spring, Central Oregon food pantries are expecting another rise in need as the coronavirus pandemic continues to spike in the region.

Federal stimulus money distributed this spring offered a respite for families, but people are still unemployed and facing difficult financial situations where they cannot afford food, said Ranae Staley, executive director at the Giving Plate, a food pantry in Bend.

“I do anticipate we are going to see an uptick again,” Staley said.

From April to June, the Giving Plate saw a 49% increase in the amount of food served compared to that time frame last year. The food pantry handed out 256,566 pounds of food over those three months, compared to 172,547 pounds last year.

Staley said the numbers started to return to normal, but could rise again in coming weeks. Staley is encouraged that her food pantry will be ready to again meet the need.

The pantry has received several large donations this year, including a $25,000 donation from Hayden Homes to fund the pantry’s Kids Korner, which feeds hungry children in the region.

The Kids Korner has serviced almost double the amount of children so far this year compared to last. From January to June, the Kids Korner served 6,096 children, higher than the 3,768 served over that time last year.

Staley said donations like the check from Hayden Homes have made it possible to feed the higher number of children and families.

“It’s been really humbling,” Staley said. “We have been able to keep up with that huge increase in need, and we are giving more food than we would normally, and we have not had to turn anyone away.”

Gary Hewitt, Bend’s St. Vincent de Paul food pantry manager, said his pantry has seen a 35% increase in food served during the pandemic, and fortunately donations have increased as well.

“So many people have come together,” Hewitt said. “This is how community functions. We all come together to take care of each other.”

Hewitt said the pantry is better prepared for another spike because the shelves are full with donated food unlike before the pandemic hit.

“I am concerned it is going to be busy,” Hewitt said. “But we are stocked. We are ready for it this time.”

Hewitt said a large portion of people coming to the pantry are first-time visitors. They are often middle class people who have been laid off from work or only have a single income to support an entire family.

The pandemic has affected people of all backgrounds and offers a reminder that anyone is welcome at the food pantry, Hewitt said.

“We are here to help,” he said. “There should be no stigma.”

At the Giving Plate, Staley decided to expand the pantry’s boundary to help more people through the pandemic. Instead of just serving Deschutes County and a few outlying areas, the pantry now serves the entire region.

“We have opened our boundaries to anyone in need in Central Oregon,” Staley said. “Our heart just wants to help people who are in need.”