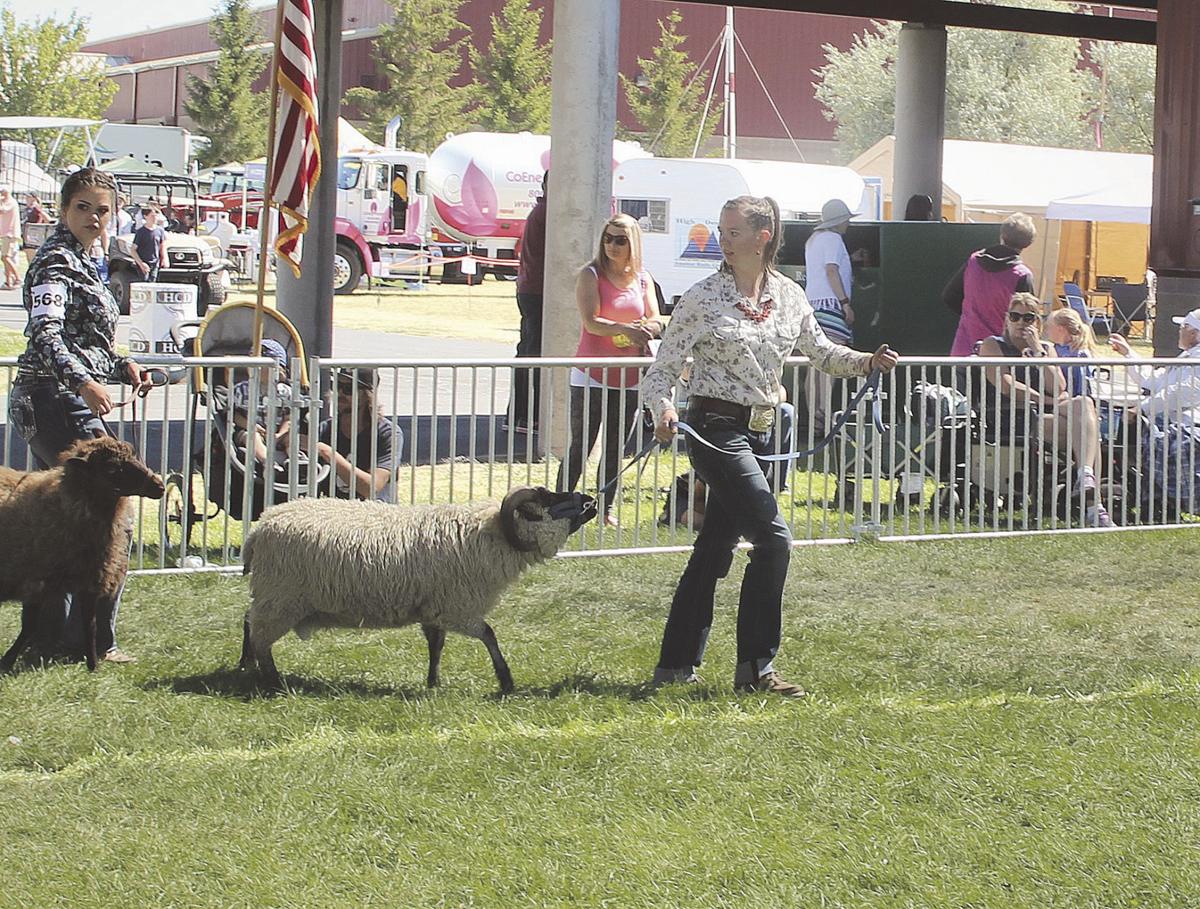 Redmond High School senior Maddie Lamken shows off a sheep Aug. 3, 2018, at the Deschutes County Fair and Rodeo. She said she loves the fair because it gives her a chance to talk to the public about her animals. 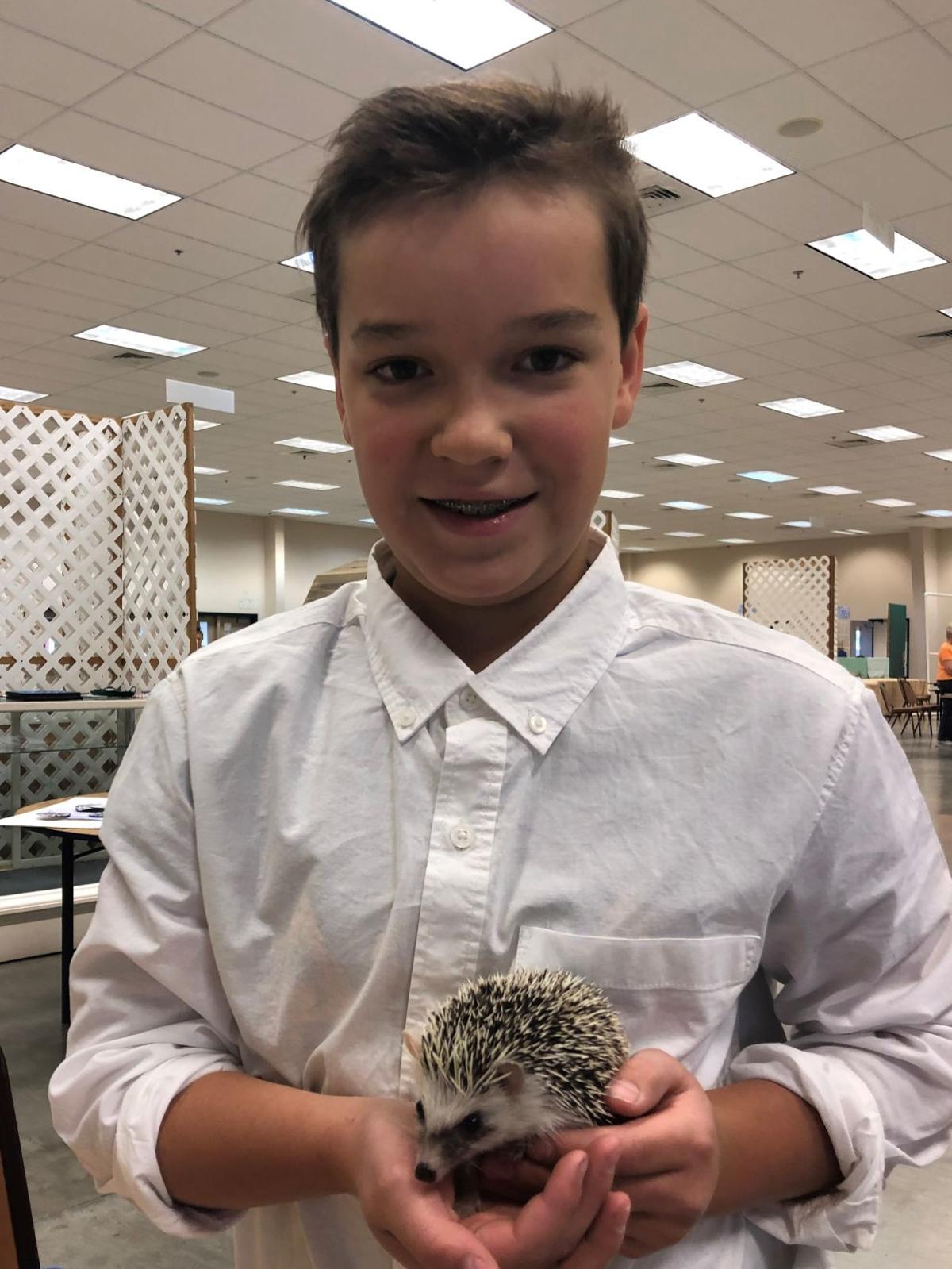 Talon Confer with his hedgehog at the Deschutes County Fair in 2019. 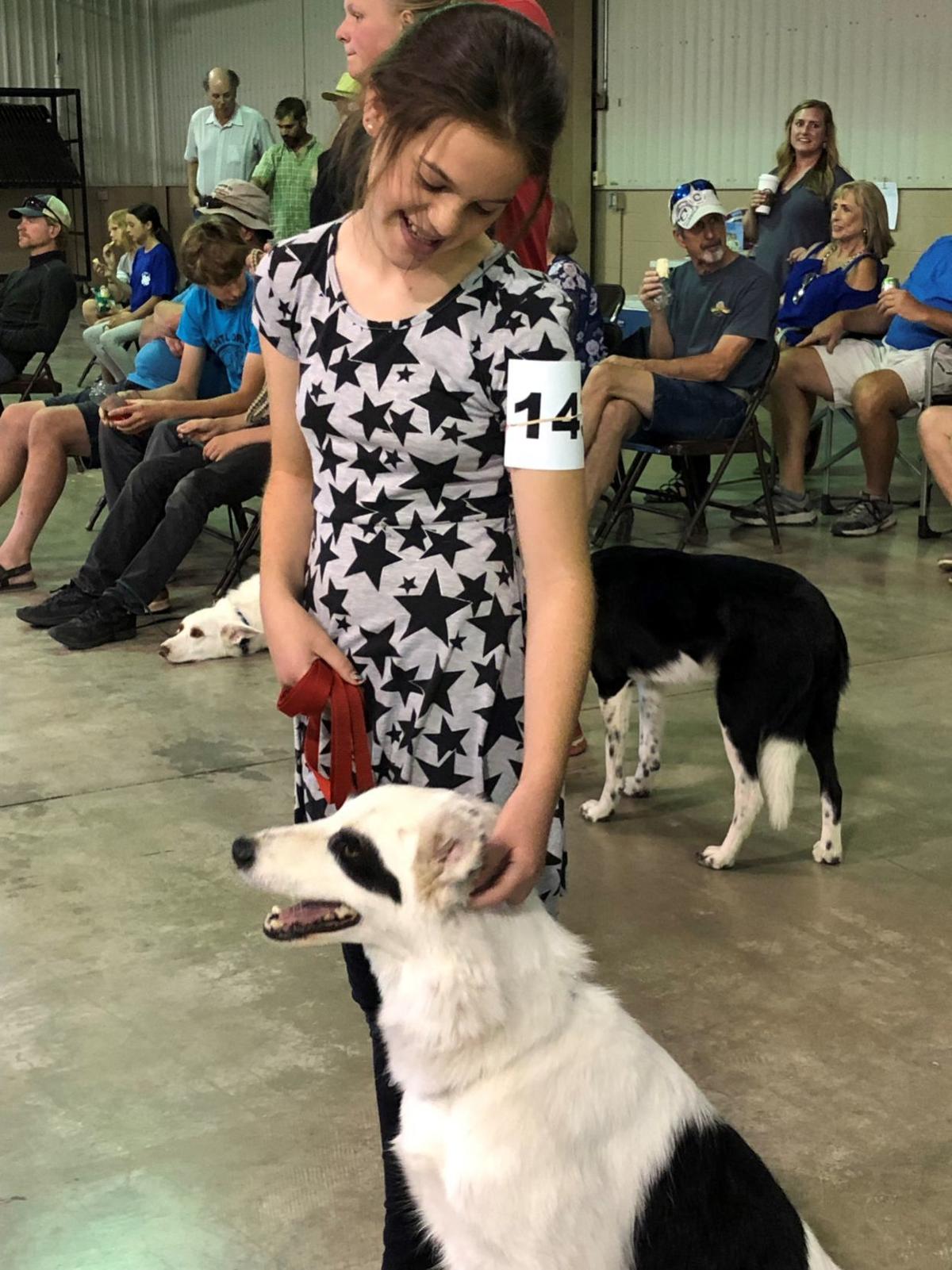 Milly (Amelia) Eldridge shows her dog at the Deschutes fair in 2019. 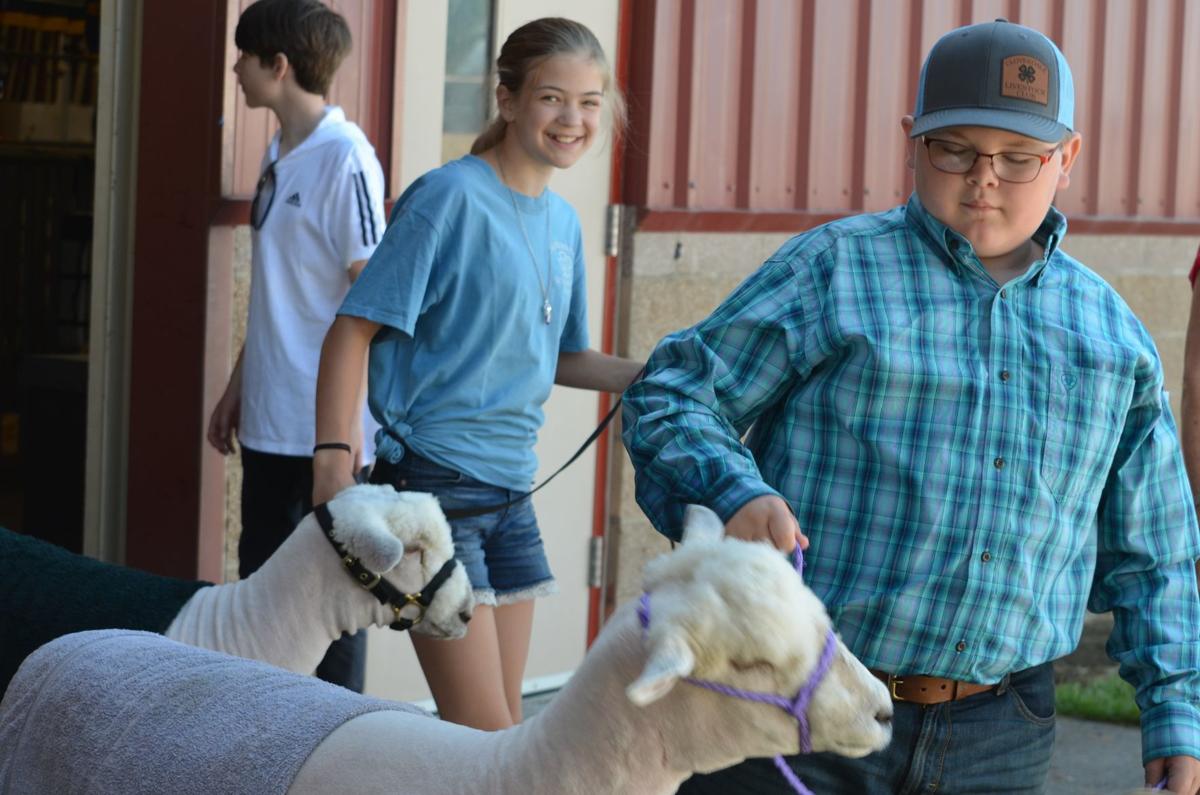 Connor Cyrus showed his sheep at the Deschutes County Fair in 2019.

Redmond High School senior Maddie Lamken shows off a sheep Aug. 3, 2018, at the Deschutes County Fair and Rodeo. She said she loves the fair because it gives her a chance to talk to the public about her animals.

Talon Confer with his hedgehog at the Deschutes County Fair in 2019.

Milly (Amelia) Eldridge shows her dog at the Deschutes fair in 2019.

Connor Cyrus showed his sheep at the Deschutes County Fair in 2019.

For the last 100 years, summer in Central Oregon has meant the Deschutes County Fair … except this year.

Ask any 4-H or FFA member — and they’ll tell you that’s a real disappointment.

For many in Redmond, it’s just one of many canceled summer events due to safety concerns about the spread of the COVID-19 virus. But for 4-H and FFA members the fair is the highlight of the year and the culmination of quite a lot of hard work.

Candi Bothum, the coordinator for the Deschutes County 4-H program, is trying to make it happen for the kids this year — though as a “mini-fair” that looks much different.

Bothum has produced a proposal, which is still waiting on approval from organizations including the Oregon Health Authority and Deschutes County Public Health Department, that would allow the 4-H and FFA contests to take place as a private event.

“There’s a lot of people who have to say yea to this and we’re planning to make whatever edits we need to to make it work,” Bothum said, emphasizing that it’s still in the tentative stages.

“Safe and responsible” are two words that Geoff Hinds, director of the Deschutes County Fair and Expo Center, used when he described the plan. The fair association has been working closely with 4-H and FFA to develop the plans in the proposal, said Hinds, and they are committed to working with 4-H and FFA on the livestock show and auction to “produce a safe event.”

The plan would spread the 4-H events out over three weeks, with carefully separated spaces for each project area.

The proposal details how in-person judging could take place in a format that abides by the COVID-19 Phase 2 guidelines: Limiting attendance to only the youth members participating and the family members necessary to support them; monitors in each barn to enforce physical distancing; handwashing stations; and removing the bleachers to accommodate 6-foot distances between parents watching their children show their animals.

Static exhibits, such as photography and sewing, would have their own week, said Bothum.

It’s not only about the projects themselves. 4-H is a youth development program, and the projects allow participants to pursue goals in an area that interests them — “being able to set goals and meet those goals and experience the success that comes with that,” said Bothum.

It is an important part of growth “to measure yourself against that standard, which is what that time with the judge is,” said Bothum.

“I think the other thing that is important to understand,” said Bothum, “is that youth development is so much about belonging to something, being a part of something. This is a 4-H event, an FFA event, that means something to these kids.”

The recognition part of 4-H is hard to do that without the public there, she said, but they will make an effort to recognize the kids’ accomplishments publicly via technology — “take photos and present them — maybe on social media, maybe some other way.”

There is a separate proposal for the market animal auction, said Bothum, which may also look very different from past years, with closed circuit TV and buyers separated in various areas to maintain physical distancing.

For both 4-H and FFA members with market animals, the fair auction is the time when all of their work comes together and the community comes out to support, often with businesses making high-end bids for market animals.

Prices may also look very different, she said. But “it’s an opportunity to culminate their project, hopefully get back their investment and do more next year if they want to.”

Some buyers who are able to contribute have contacted the 4-H office, said Bothum, but she said nobody “expects it to be the kind of auction we’ve had in the past.”

Annette McAvan’s four children are in 4-H with market animals. The cancellation of the fair, she said, was a blow — especially to her boys who have had their steers since September.

“They have a huge investment in that,” she said.

But she also doesn’t want to sound greedy or selfish in asking businesses that can’t afford it to support the auction.

“We should be supporting our community, rather than them coming in and putting so much of their money (into an auction). We should be out there offering help for the businesses,” she said.

McAvan’s family is on the fence about the mini-fair, she said, noting that it would be difficult for her family to follow the proposal guidelines because they have kids in two barns.

“We can’t go back and forth between barns. We want to watch them both, but if it’s going to be chaos why do it?” she asked.

“I think they do want to show, that’s just what we do all summer, work their animals. They have not stopped. They are still working them, just like it was going to be fair next month.”

McAvan’s kids are disappointed by the canceled fair, she said, “but they understand that times are weird” and they are already planning for next year.

Disappointment is a part of life — and youth development — noted Bothum, but she hopes to give any 4-H members who want to participate a chance to finish their 4-H project this year.

“There’s value in learning to cope and learning that everything doesn’t go your way,” said Bothum, “but at this point I think they’ve had quite a bit of that.”

“I think the other thing that is important to understand, is that youth development is so much about belonging to something, being a part of something. This is a 4-H event, an FFA event, that means something to these kids.”