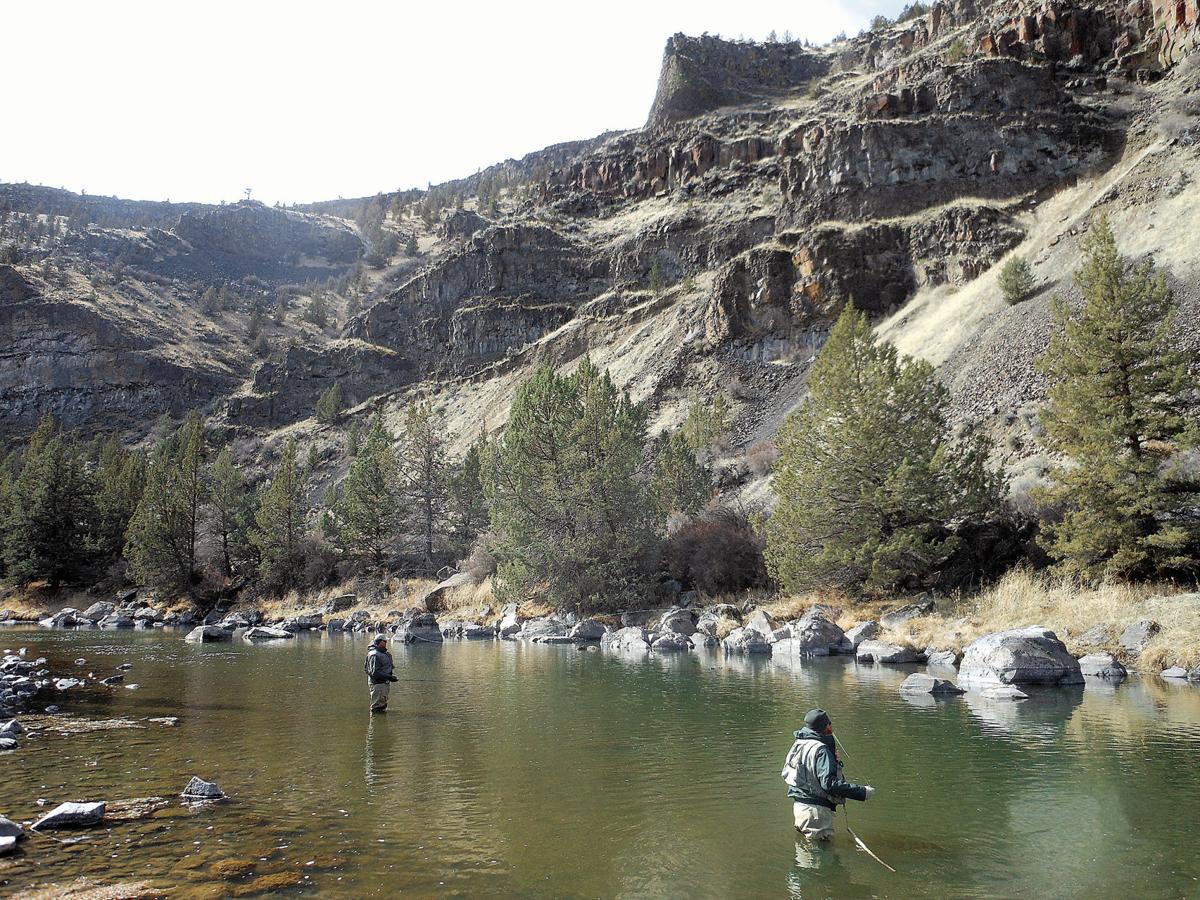 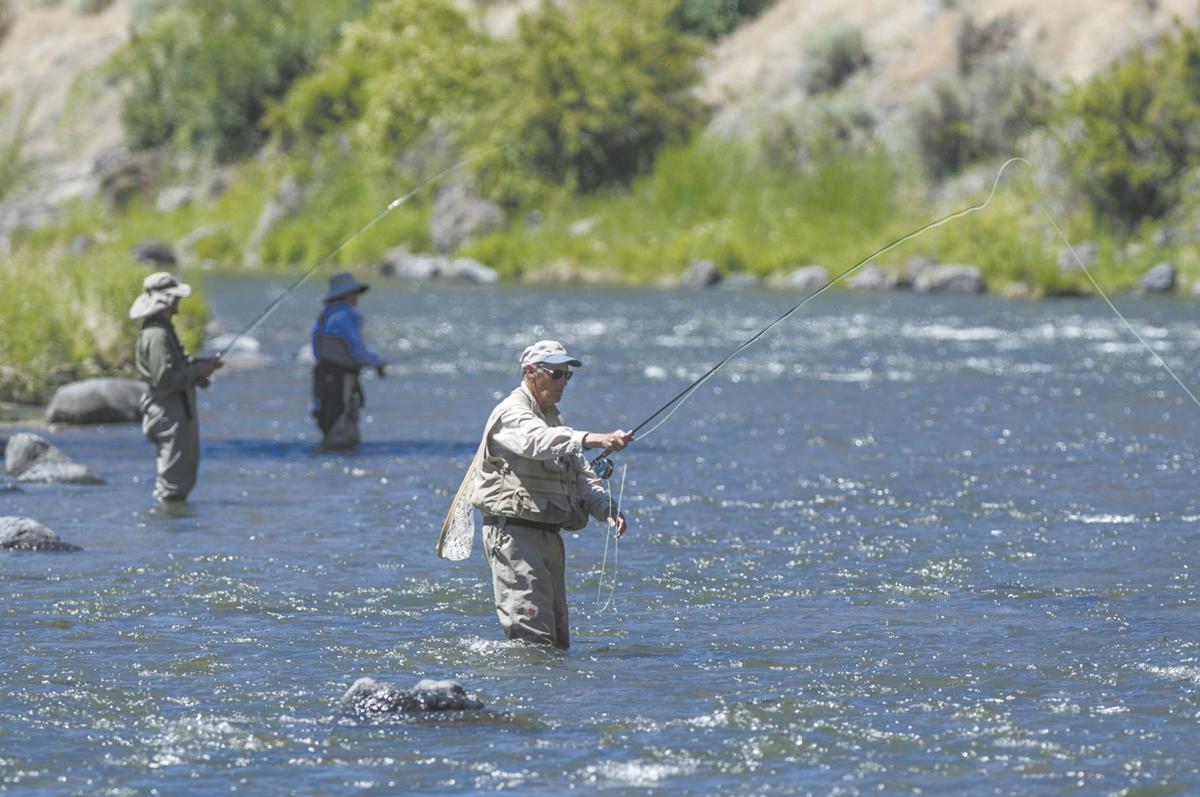 A group of anglers fish a section of riffle water on the Crooked River.

A group of anglers fish a section of riffle water on the Crooked River.

Anglers who were planning to fish the Crooked River this weekend may want to make other plans.

Flows on the popular fishery below Bowman Dam near Prineville are expected to increase from 330 cubic feet per second to 550 cfs, according to Brett Hodgson, a Bend-based fish biologist for the Oregon Department of Fish and Wildlife.

“That’s a pretty significant jump, and we wanted to give anglers a heads up that this is happening, and to either change their plans or act accordingly,” Hodgson said.

He added that the river is still fishable at 550 cfs but anglers should be extra cautious when wading.

The increase in flows is to help recently released steelhead and spring Chinook salmon smolts with their downstream migration and allow them to be captured at the collection facility at Lake Billy Chinook, Hodgson explained, part of the ongoing efforts to reintroduce steelhead and spring Chinook to the Crooked River. These experimental “pulse flows” will be studied to determine their effects on the migration of the smolts.

The Bureau of Reclamation is working with ODFW, the U.S. Fish and Wildlife Service, and NOAA Fisheries to increase the flows on the Crooked River below Bowman Dam. The 8-mile stretch is known for its outstanding fishing for redband trout and whitefish.

Hodgson said that the flows would begin partially increasing on Friday and are scheduled to be at the full 550 cfs on Saturday and Sunday. Flows will be partially decreased on Monday, and back to 330 cfs by Tuesday.

“The fishing probably won’t be as good,” Hodgson said of the period of high flows. “The fish will be adjusting to the change in flow, so they more than likely will be off feed. Eventually they would get accustomed to it, but by the time they get accustomed to it the flows are probably going to come back down.”

Flows of 250 cfs on the Crooked River are normal for this time of year.

“That makes for good fishing,” Hodgson said. “That’s what people are accustomed to during the irrigation season.”

Hodgson said the Crooked River has been getting much pressure as outdoor enthusiasts seek some time outside during the COVID-19 pandemic.

The steelhead smolts were acclimated in net pens near Ochoco Creek, according to the biologist. They were scheduled to be released into the Crooked River on Thursday. The spring Chinook smolts were released earlier this month.

“The hope is by putting more water in the river and a little bit stronger current, it will help get those fish to migrate out of the river and get captured at the collection facility at Billy Chinook, and hopefully on their way to the ocean,” Hodgson said.

The fishing season is ramping up all over Central Oregon, as many high Cascade lakes are now snow- and ice-free and accessible. On April 22, Wickiup and Crane Prairie reservoirs and Odell Lake officially opened to angling. Most other lakes in Central Oregon are open to angling year-round, when accessible.

“We haven’t been able to do any creel surveys because of COVID and no direct contact,” Hodgson said. “But all the reports we’re getting from anglers is that fishing has just been lights out. Wickiup is fishing real well. Crane’s doing well. People are getting kokanee limits in just a couple hours at Odell, so it’s been good.”

All developed U.S. Forest Service recreation areas — including boat ramps, campgrounds and trailheads — remain closed due to the COVID-19 pandemic, so anglers should plan ahead and be sure to practice social distancing, Hodgson said.