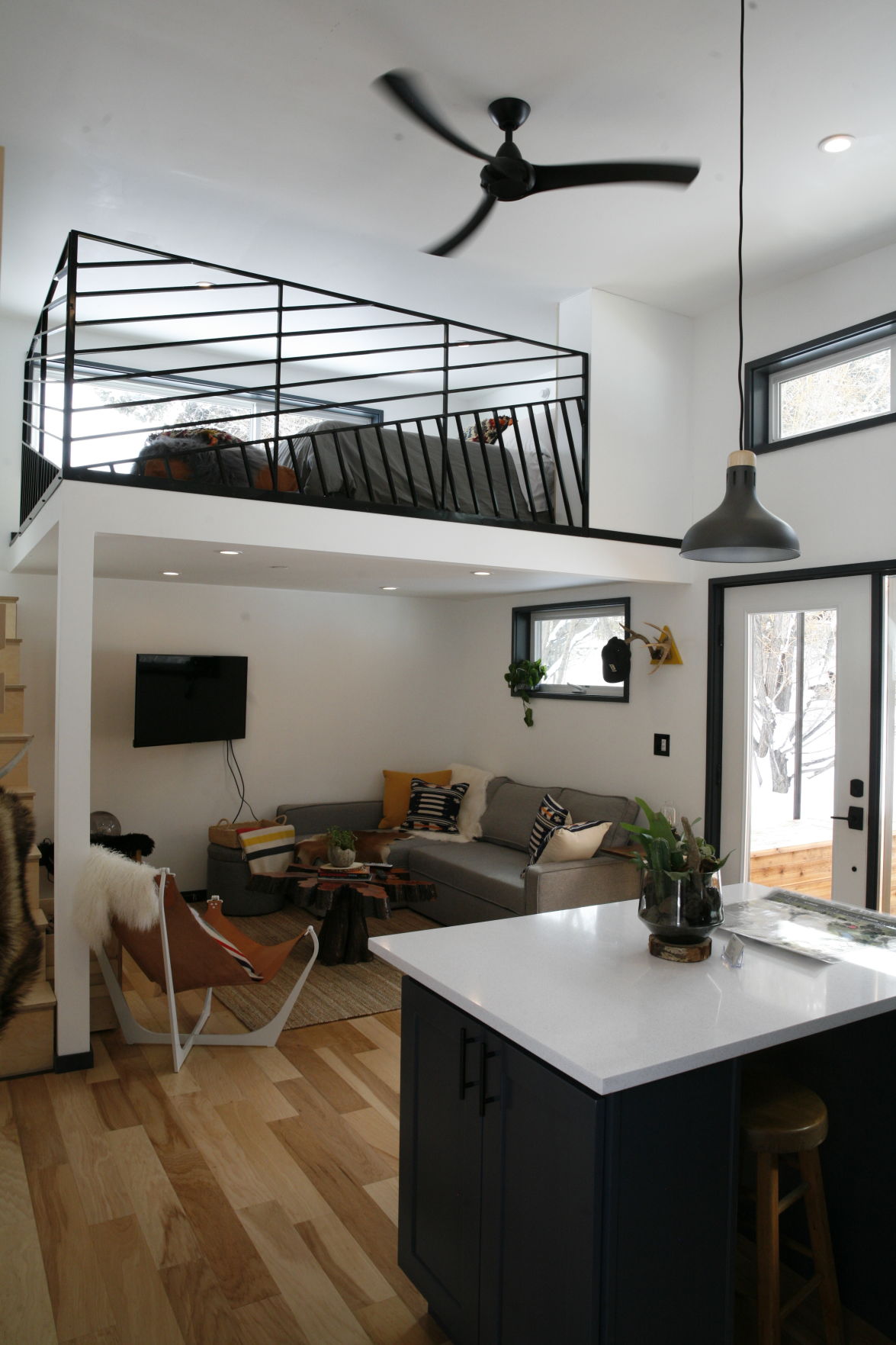 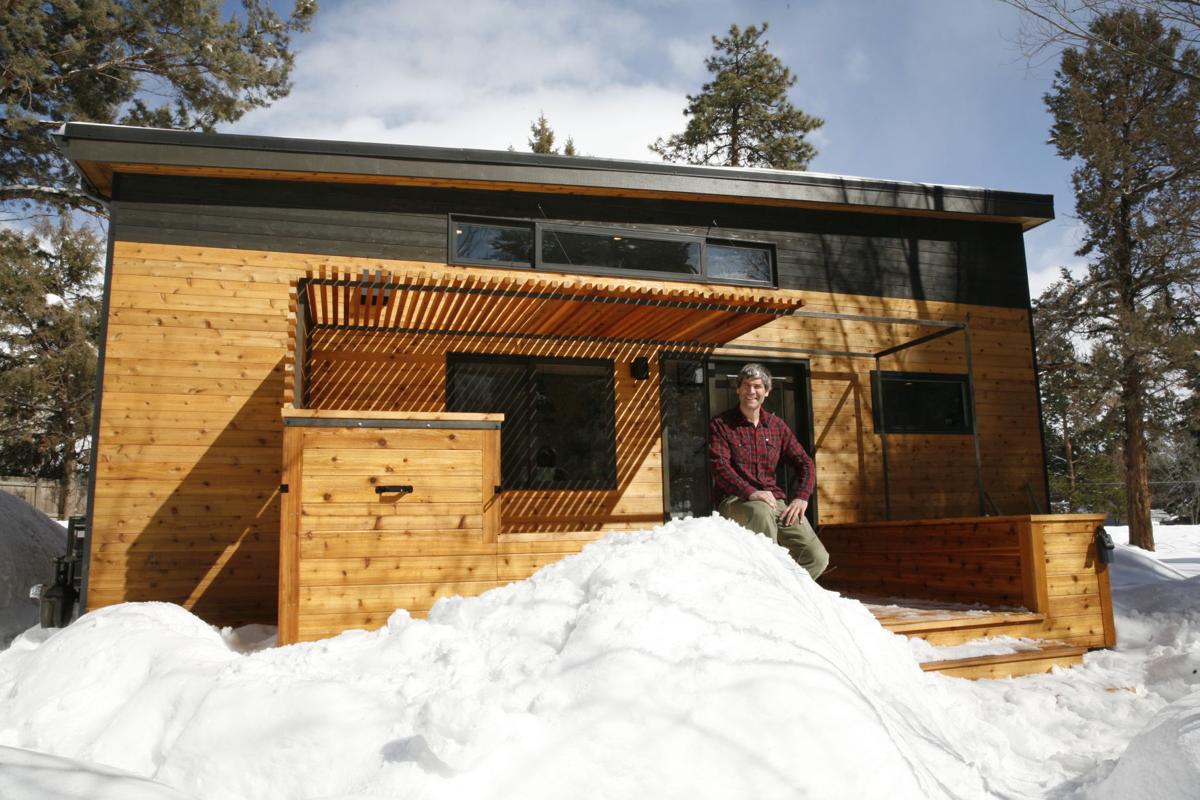 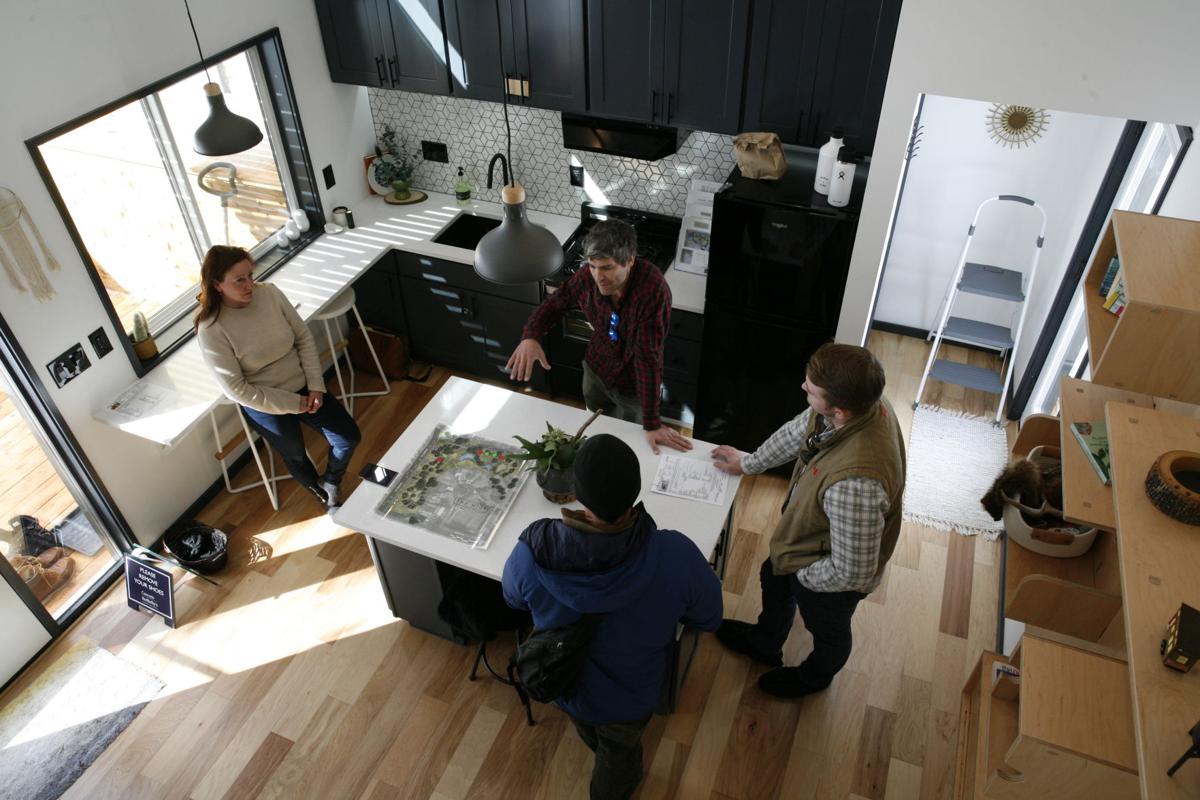 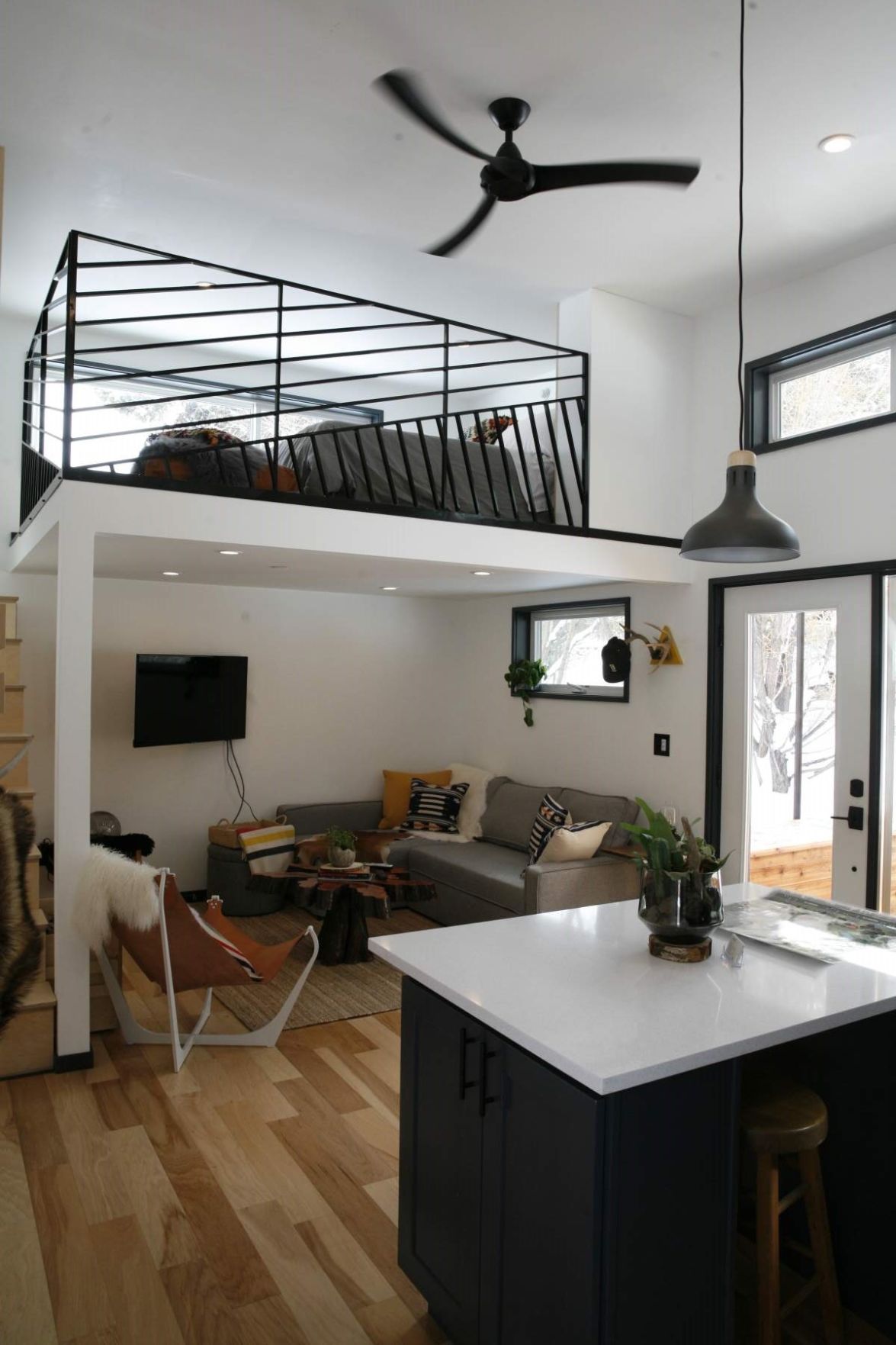 The living space in a tiny home in Bend's first tiny house subdivision, The Hiatus, on March 7, 2019. (Dean Guernsey/Bulletin photo)

The living space in a tiny home in Bend's first tiny house subdivision, The Hiatus, on March 7, 2019. (Dean Guernsey/Bulletin photo)

There are people who watch television shows about tiny houses and people who go so far as to build them.

Then there is Jesse Russell, Bend’s first land developer devoted to tiny houses. He found the property in southeast Bend off Benham Road. He obtained city approval under the cottage housing development code for 22 lots. He lined up investors, and now he’s giving tours of a 400-square-foot model home.

The Hiatus drew 150 people to its first open house, held on a frigid day in February, and Russell said not all of them were lookie-loos. Two homes are under contract, and the model home has been bought by one of the subdivision’s investors.

“First thing everyone says, ‘It’s way bigger than I thought it was going to be,’” Russell said during a visit to the model home Friday. If The Hiatus had launched in spring, added Cascade Sotheby’s real estate broker Carey McQuate, “I would have a reservation list working.”

The Hiatus is the first tiny house subdivision in Bend, and it’s one of very few in Oregon. The next nearest example is architect Ross Chapin’s Classic Street Cottages in Manzanita, Russell said.

The houses in other developments that use Bend’s cottage housing code, which has no minimum lot or dwelling size, are around 1,000 square feet, said Dale Van ­Valkenburg, director of planning and development at Brooks Resources Corp., one of the partners behind NorthWest Crossing.

Van Valkenburg was impressed by the design of The Hiatus model. It’s like a sailboat in its efficiency, he said. “There’s something really appealing about that.”

Co-founder of Tongue and Groove Tiny Homes, Russell began by building tiny houses on wheels. He embarked on The Hiatus as a way to create affordable housing in Bend, his hometown. The asking price is $249,000. That’s far below the median sales price of single-family homes in Bend, which is more than $400,000, but it’s not as affordable as Russell had hoped.

Russell blames system development charges, which are the same regardless of the size of the house. The fees, which help pay for city infrastructure, represent almost 10 percent of the cost of a house in The Hiatus, he said.

“We went with really high-end fixtures and high-end finishes because it was going to be the first tiny house built on a foundation in Bend, and I wanted people to react to it in a positive way,” Russell said.

He hopes to see the subdivision completed by the end of 2020, but that depends on the pace of sales. The Hiatus won’t be built on speculation, Russell said.

So far the buyers are people who plan to use the house while on vacation in Bend and one single person. Households without children represent a significant share of the U.S. homebuying market, according to the National Association of Realtors. Sixty-three percent of all buyers had no children at home, according to the association’s 2018 generational trends report. Among the largest group of buyers, people 37 and younger, 40 percent had no children.

The first buyer in The Hiatus was Dan Montgomery, a semiretired commercial real estate broker from Eugene, who also invested in the development. Montgomery said he and his wife and two grown daughters will take turns using the house between monthly renters.

“I liked the fact that they’re really tiny cottages. They’re on a foundation.” He saw a lot of people his age at the open house. “It fits a market that’s basically not available in Bend.”