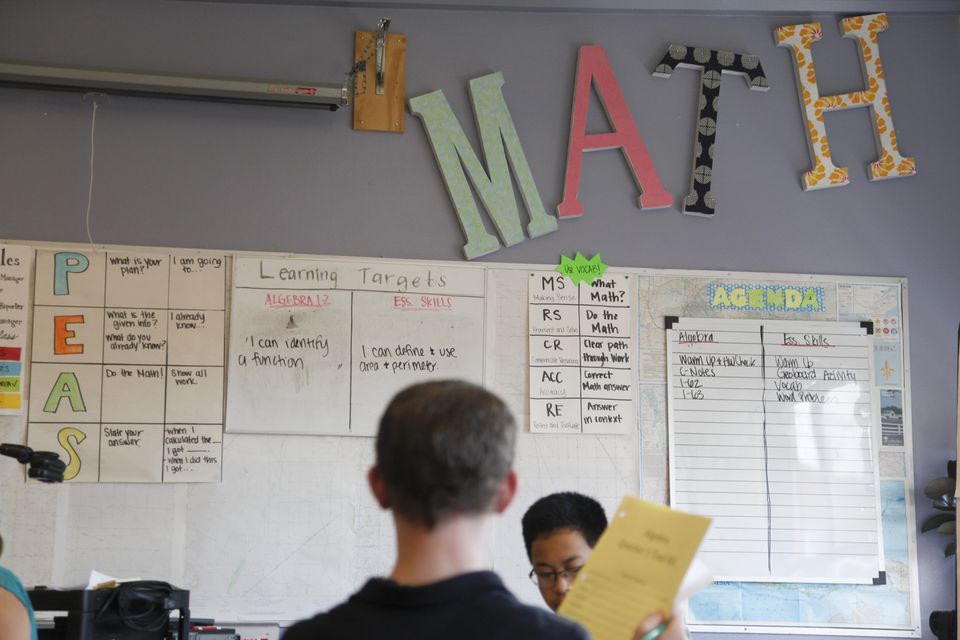 Several thousand furloughed Oregon educators haven’t received their benefits – and while the state says the money is coming, likely within the next few weeks, employees are skeptical. Oregonian file photo 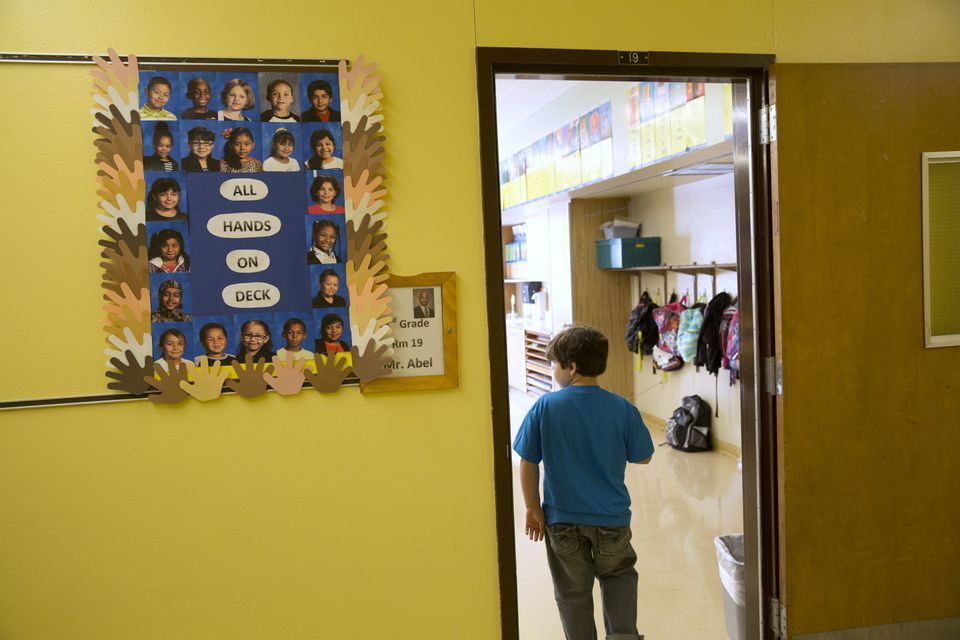 PORTLAND, OREGON - September 2, 2014 - A boy at Sitton Elementary mistakenly walks into the wrong classroom on the first day of school. The North Portland elementary school has 7 new teachers, a new principal and a new dual Spanish immersion program this year.Faith Cathcart/The Oregonian LC- The Oregonian

Several thousand furloughed Oregon educators haven’t received their benefits – and while the state says the money is coming, likely within the next few weeks, employees are skeptical. Oregonian file photo

PORTLAND, OREGON - September 2, 2014 - A boy at Sitton Elementary mistakenly walks into the wrong classroom on the first day of school. The North Portland elementary school has 7 new teachers, a new principal and a new dual Spanish immersion program this year.Faith Cathcart/The Oregonian LC- The Oregonian

It seemed like a perfect fix for Oregon schools’ looming budget crunch — furlough teachers and other employees one day a week in the spring to save money for the fall, then use federal coronavirus relief payments to compensate the workers.

“Saving money now will result in saving jobs later. So I personally was on board,” said Nedra Miller, a second grade teacher at Jason Lee Elementary in Northeast Portland.

Factoring in the $600 weekly coronavirus stimulus payment Congress authorized for unemployed and furloughed workers in March, most furloughed educators participating in Oregon’s Work Share program figured to come out ahead financially.

So Miller and thousands of other teachers went ahead and filed their claims in the middle of May, with the understanding their benefits would kick in within a few weeks. It’s been well over a month, though, and the money still hasn’t arrived.

The Oregon Employment Department says its Work Share program, overwhelmed by the coronavirus recession, now takes eight weeks to pay claims. Several thousand Oregon educators haven’t received their benefits — and while the state says the money is coming, likely within the next few weeks, employees are skeptical.

“We financially are not able to enjoy summer right now because it’s just too risky,” said Miller, 37. A second-year teacher, she scrapped July vacation plans with her spouse and two children and deferred continuing education because she isn’t sure she’ll be able to pay the tuition if the benefits payments don’t come through.

Her family can pay their current bills, Miller said, because her spouse is still working. But she said she’s beginning to wonder if the money the school district and state promised back in May will ever materialize.

“I’m scared to even allow my mind to go there,” Miller said. “My hopes are that payment will happen. I can’t say I’m 100% confident that will take place.”

The stumbles in Oregon’s Work Share program mirror the broader fiasco at the employment department, which has struggled to deliver benefits for months. That has left hundreds of thousands of workers without income for long stretches through the heart of the pandemic.

A half-million Oregonians have filed regular unemployment claims since the middle of March. While the state says it has largely addressed the backlog of regular claims, Work Share and other benefit programs continue to struggle.

That includes 70,000 self-employed workers who haven’t been paid — a backlog the state says it won’t overcome before August. Claims that require adjudication have a 10-week backlog.

Several thousand Oregon teachers and school staff are participating in the Work Share program during the pandemic, along with thousands of others working in the private sector.

The employment department was unable to say how many workers are participating altogether, or how many are waiting for benefits.

“We’ve seen a staggering increase in the demand for Work Share, and that means we are not yet processing claims as quickly as we need to,” David Gerstenfeld, the employment department’s interim director, said Wednesday.

From the middle of March through the middle of June, more than 1,200 employers applied for Work Share — a monumental jump from the 168 organizations that participated in the prior 12 months combined.

The department had four or fewer people working on Work Share before COVID 19. It has added 50 since the middle of March and hopes to have 100 more within the next month. The department said it has paid $32 million in Work Share benefits from the start of the pandemic through last week.

As with other crises, though, the employment department has repeatedly failed to communicate with workers on when they can expect benefits and why they have been delayed.

“We did not realize the nature of the issues that OED (the Oregon Employment Department) was facing,” said Belinda Reagan, president of the Portland Federation of School Professionals. “They’re definitely having a negative impact on thousands and thousands of people.”

Portland Public Schools says it has been pointing employees to social service agencies and relief funds for emergency help.

The school district and state initially estimated checks would arrive in no more than three or four weeks, according to Reagan. It’s now been seven weeks and she said the district has told the union it will likely be another two weeks before the money arrives.

The union’s members earn a median wage of less than $30,000 annually, Reagan said, including part-time workers. So the 20% pay cut that came with last spring’s furloughs has some real bite.

Those school employees expected federal stimulus checks that would not just offset the lost income but effectively provide a substantial bonus – but that hasn’t materialized.