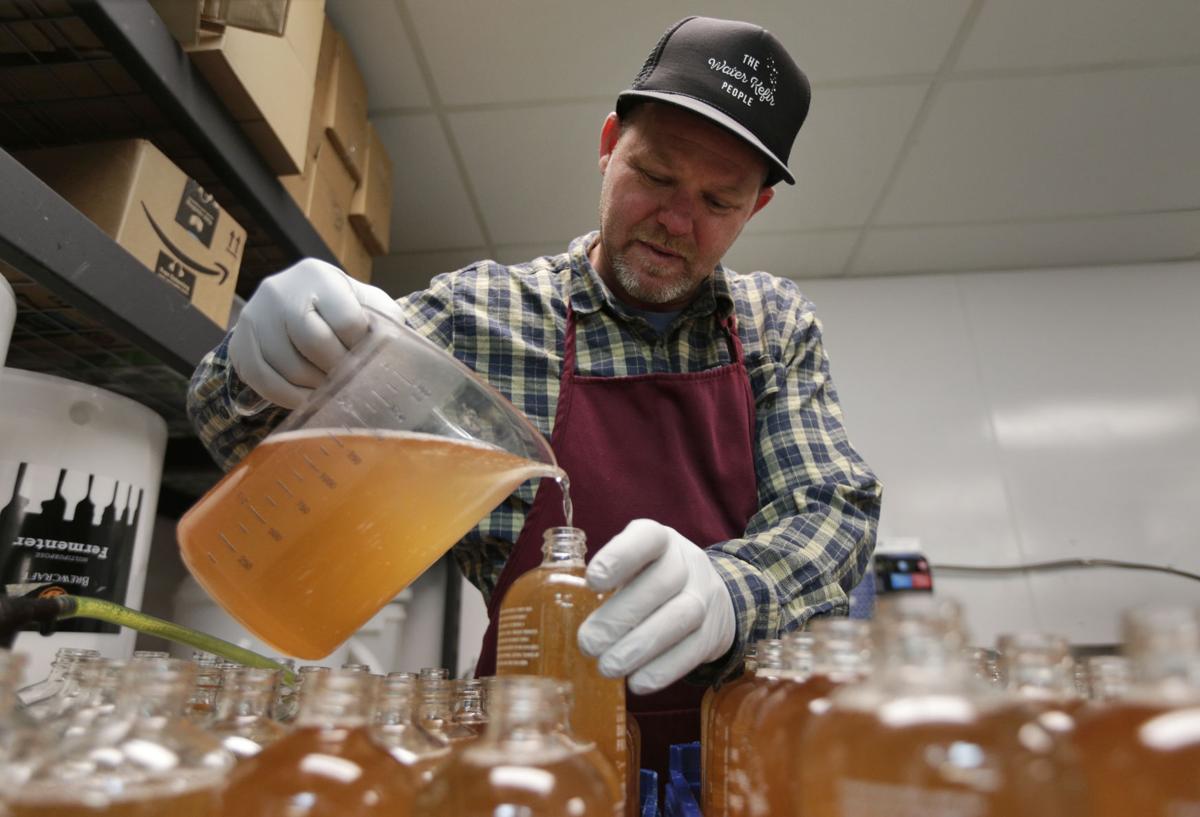 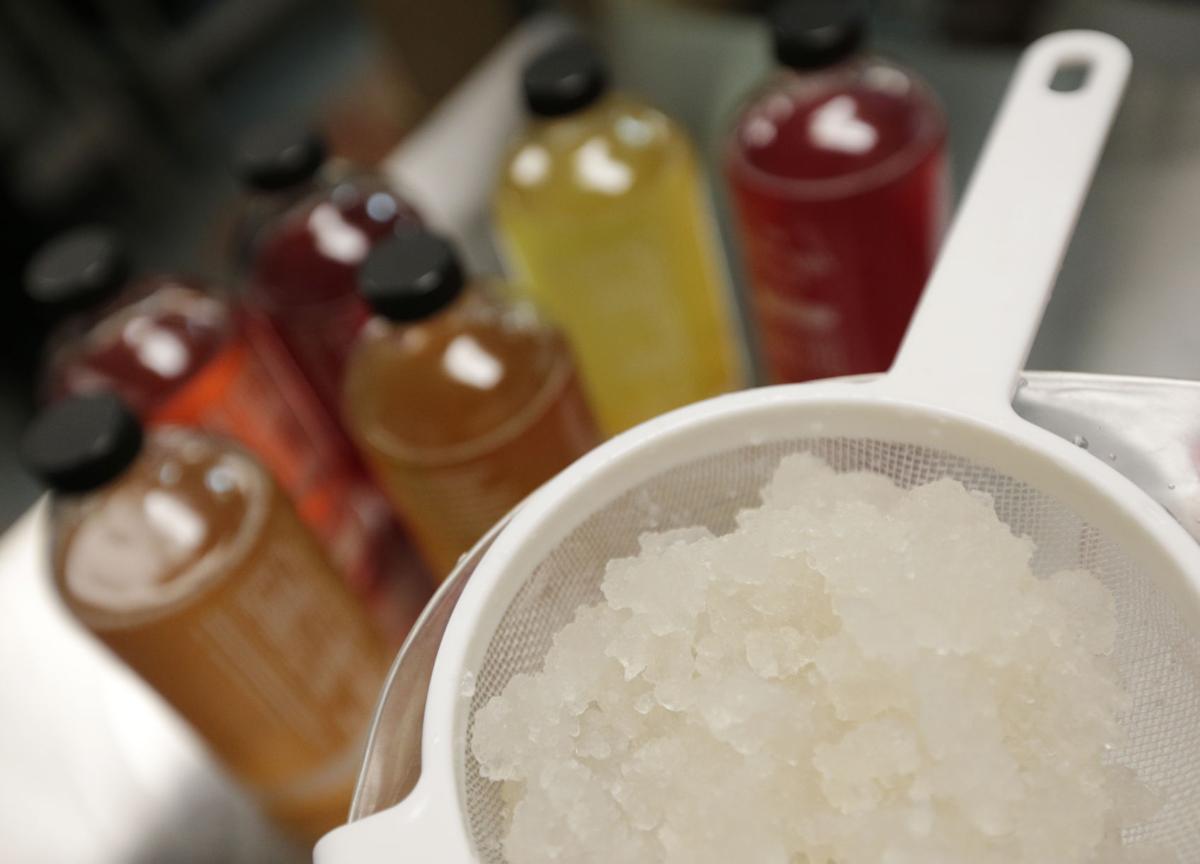 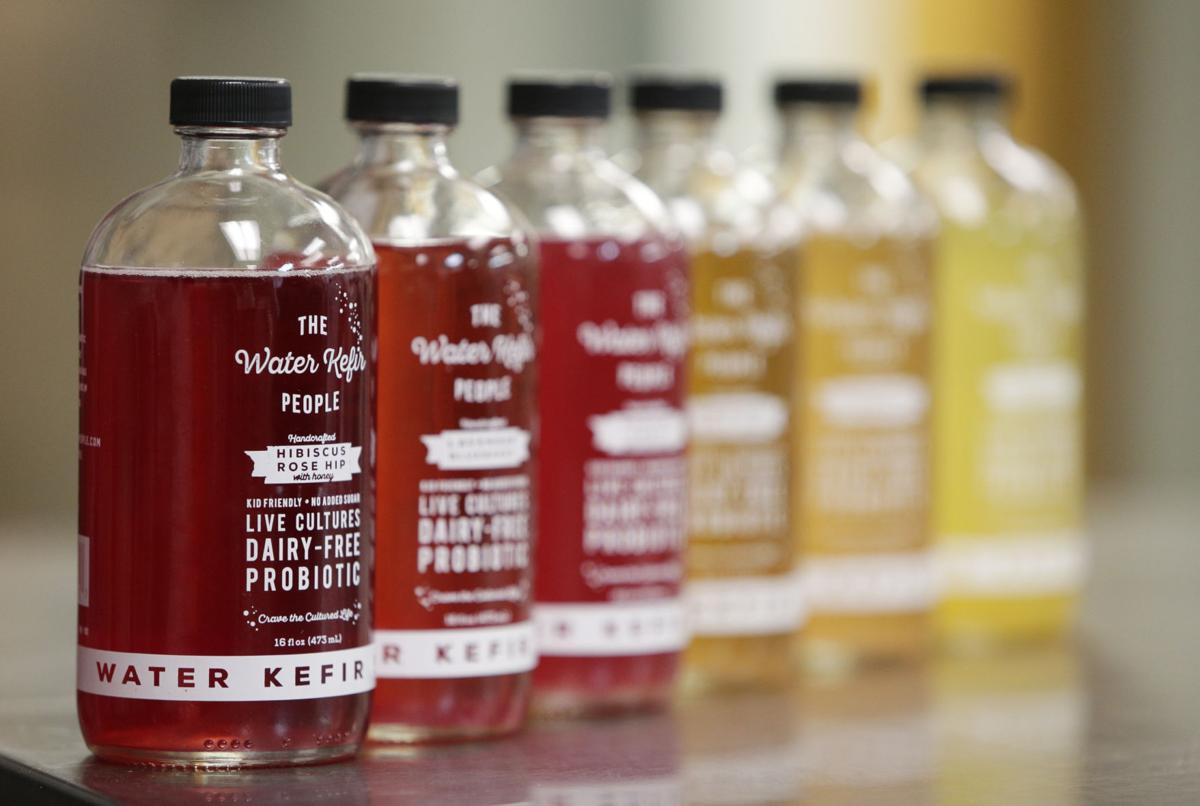 The Water Kefir People offer a line of flavors.

The Water Kefir People offer a line of flavors.

If you’re still trying to figure out how kombucha became a thing, the best way to understand water kefir might be to taste it.

At least, that’s how Jacinda Swan fell in love with the product that eventually led her to move her family from Hawaii to Bend in 2016.

“When we do our demos, we sell,” said Swan, now a partner in The Water Kefir People. “They try it. They like it. They don’t even look at the price.”

Swan moved to Bend to help The Water Kefir People, which began in Hawaii, grow on the West Coast. A little more than a year into that effort, The Water Kefir People has landed distribution through UNFI, the natural foods distributor that works with Whole Foods and other chains, and lined up a large manufacturer in California, which will take over production this spring, she said.

While kombucha is fermented sweet tea, water kefir is fermented sugar water. The Water Kefir People and other makers think water kefir’s less-tart flavor will make it broadly appealing, and they can pick up health-conscious consumers who wouldn’t otherwise drink kombucha.

Water kefir is part of the “probiotic” category of beverages, which sold an estimated 18.7 million gallons and produced $443 million in retail sales last year, according to Beverage Marketing Corp. in New York. By comparison, kombucha makers sold 23.7 million gallons in 2016.

The probiotic category has grown by about 78 percent since 2012, when sales were about $249 million on 10.5 million gallons, according to Beverage Marketing. Senior analyst Roger Dilworth said very small companies like The Water Kefir People still have a chance for significant growth because larger beverage players like Lifeway, longtime maker of dairy kefir, and KeVita, haven’t sewn up all the market share.

The Water Kefir People founder Crystal Bossola, who still lives on the North Shore of Oahu, said she wants her company to follow in the footsteps of Bend-based Humm Kombucha, which recently announced it will build a production facility in Roanoke, Virginia, to serve the Eastern United States.

“Basically, it comes down to cost and taste,” Bossola said. “Who can make the best product? The market’s open right now.”

The retail price, $4.99, is a concern to Bossola because she wants The Water Kefir People’s products to be available to everyone. She hopes increasing distribution and sales volume will allow the company to lower its prices.

Bossola began making water kefir in 2014 while working as a nutritionist in a naturopathic doctor’s office.

Her job was to help patients comply with special diets, which often included water kefir to ease their gastrointestinal symptoms. The water kefir was so helpful, she wanted to make it widely available to the general public.

Bossola was offering samples of her product at a festival when Swan first tried it. Soon Swan was buying it by the gallon and not batting an eye at the $40 price tag. She later teamed up with Bossola, and the product gained traction in Hawaii. They rebranded as The Water Kefir People and set their sights on the mainland.

Now Swan and her husband, Bobby Swan, are making and bottling six flavors in the corner of a shared commercial kitchen on N. Third Street.

Their top seller is an earthy brew of turmeric and ginger. Second place is dragon fruit. All of the recipes are formulated by Bossola, who studied nutrition and food science, and strives for complex flavors, Swan said.

The process is straightforward. The Swans, who trade off time in the kitchen, add sugar and a symbiotic culture of bacteria and yeast, also known as a “scoby,” to filtered water and let it ferment. Then the scoby comes out, and they add flavorings including juice and herbs before letting it ferment again.

Like kombucha, water kefir can be effervescent as a result of fermentation, but The Water Kefir People adds carbonation at the end of the process to ensure a consistent fizz, Swan said.

The result is a colorful, bubbly drink with no caffeine and a less tart flavor than kombucha, Swan said. “I feel like we can tap into a market of people that want a probiotic, who might not necessarily prefer the taste of kombucha,” she said.

The rise of water kefir sparked some controversy in the beverage industry, where for decades kefir was synonymous with dairy. Lifeway challenged GT’s Living Foods’ use of the word “kefir” around plant-based drinks, according to published reports, but has since rolled out its own nondairy probiotic drink.

Historically, kefir could be based on dairy, or water, depending on the local custom, said Chris Curtin, assistant professor of food science at Oregon State University.

“It’s been around a long time,” he said. There were perceived health benefits to fermented drinks, he said, and they helped people avoid diarrhea from drinking untreated water.

These days, there’s still a debate about whether health benefits from drinks like kombucha arise from living bacteria, or from the organic acids produced in fermentation, he said. And there’s no way for consumers to know — without laboratory testing — whether a fermented drink contains any probiotics.

The Water Kefir People recently had its products tested by its manufacturing partner, which wanted to ensure it was working with a living culture, Bossola said. “We’ve tested the final product,” she said, ”and we know that our specific product has a living colony.”

Editor’s note: This story has been changed to reflect Crystal Bossola’s previous occupation. The Bulletin regrets the error.