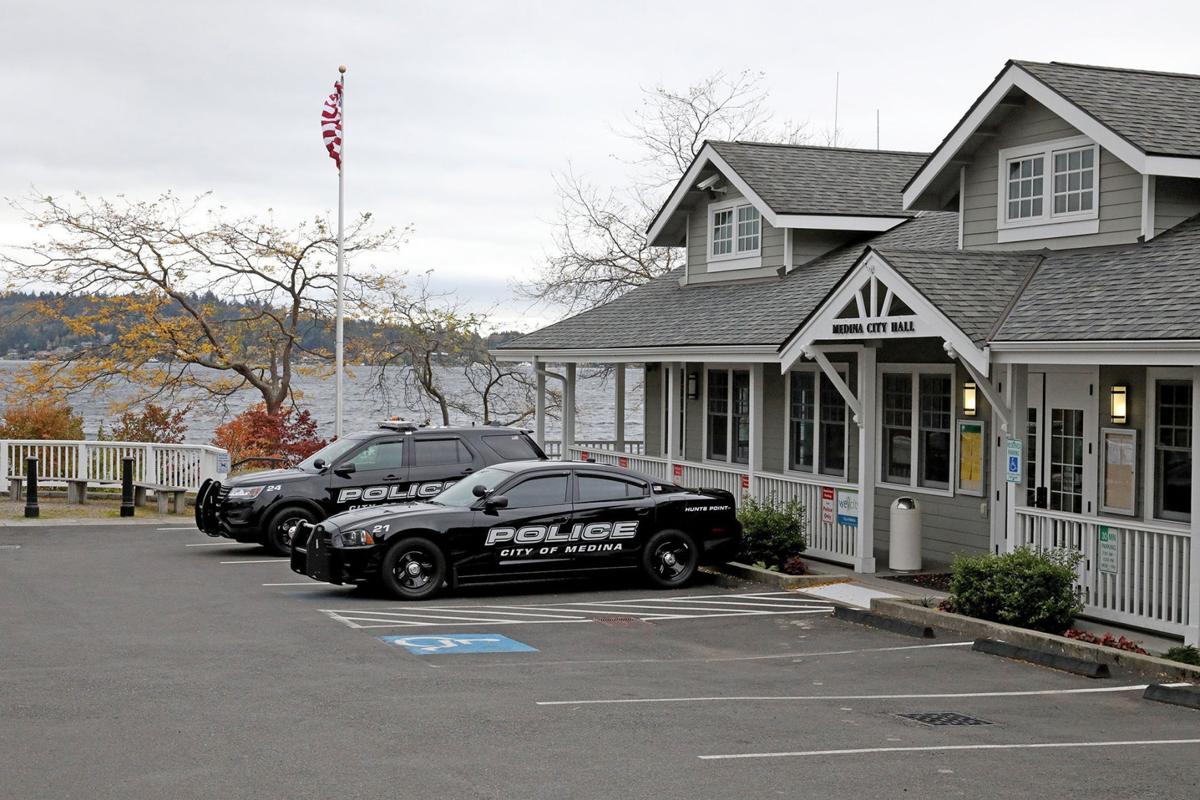 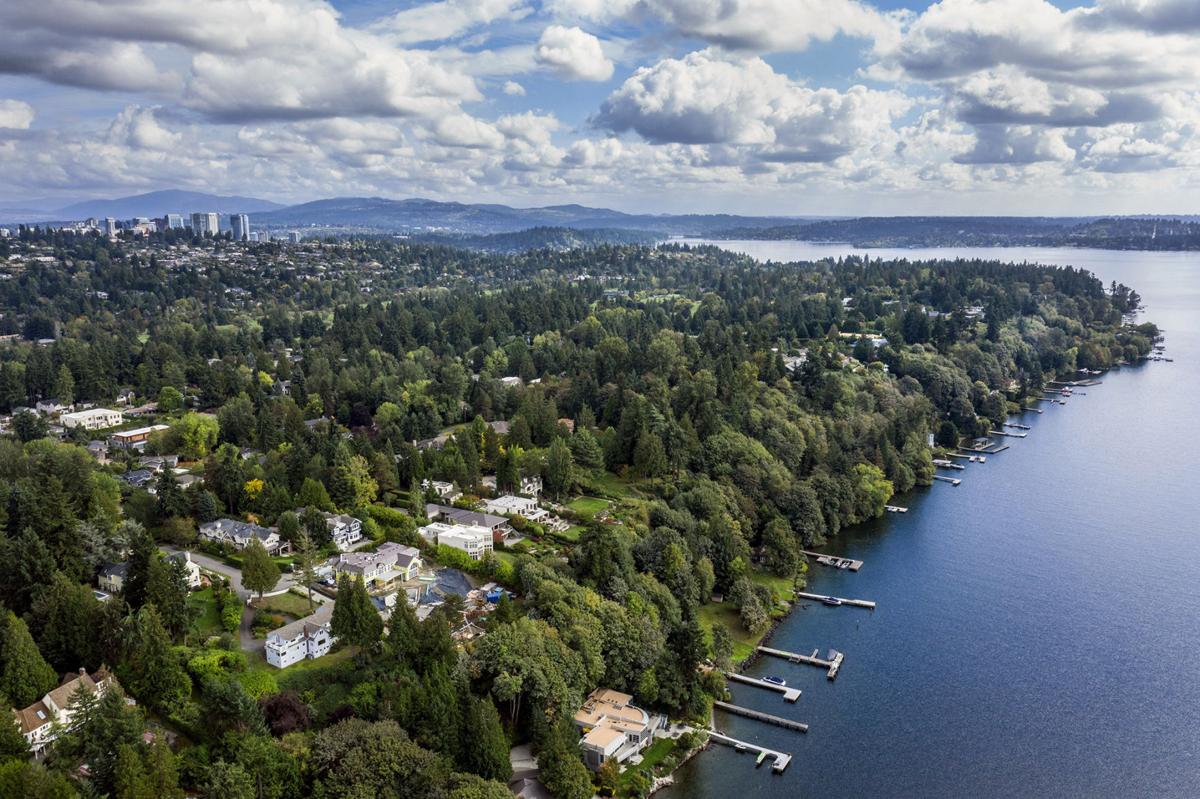 An aerial view of Medina, Washington, next to Lake Washington, in September, shows Bellevue in the background. (Steve Ringman/Seattle Times/TNS) 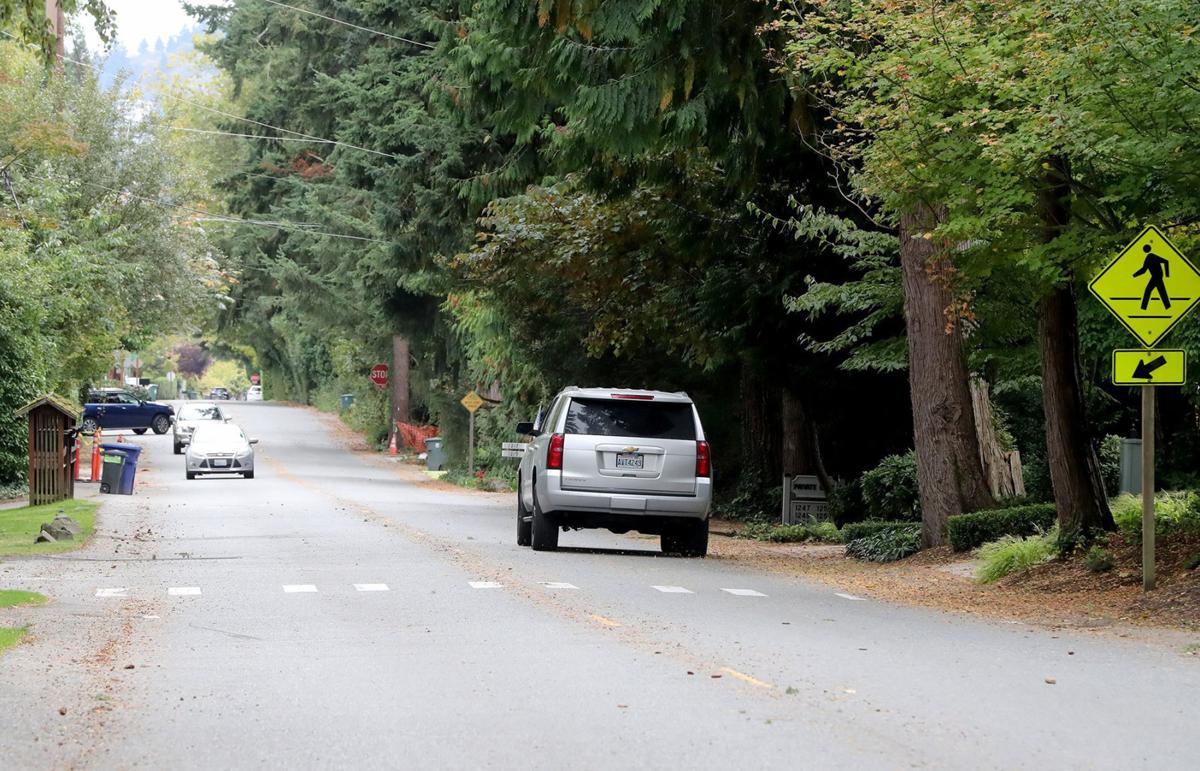 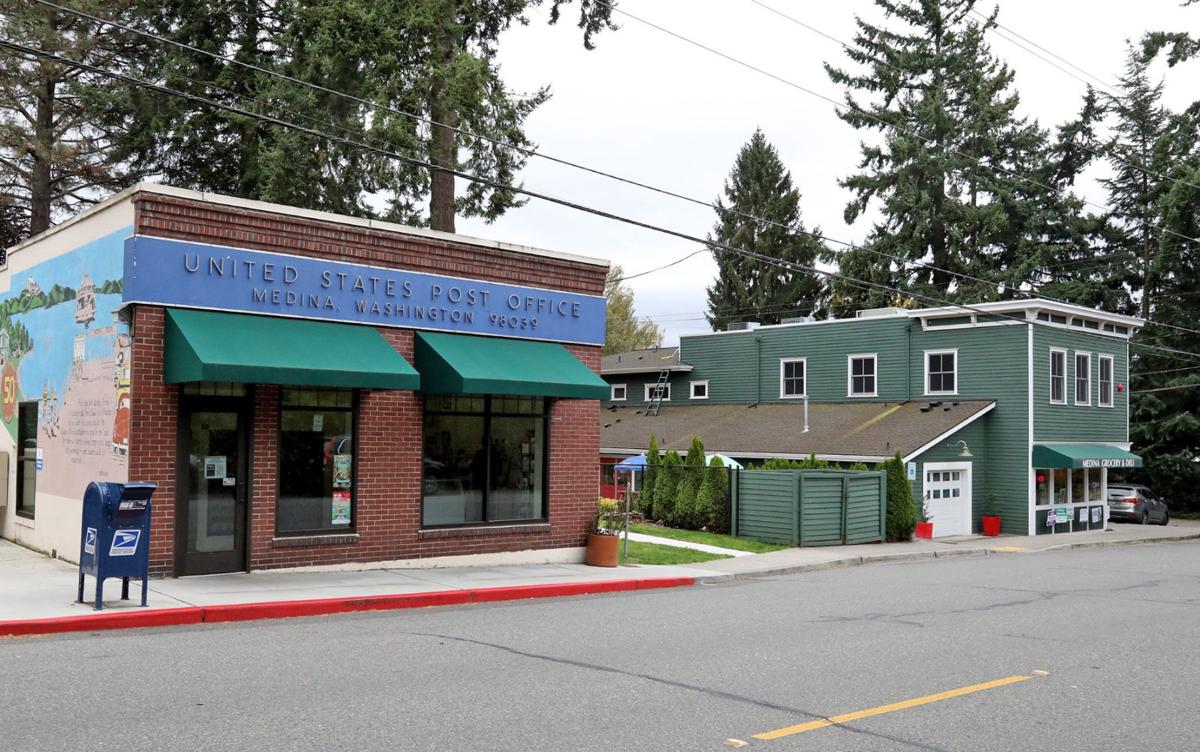 The Medina Post Office building, left, was purchased by the City of Medina, Wash. At right is the 100-year-old Medina grocery. (Greg Gilbert/Seattle Times/TNS)

An aerial view of Medina, Washington, next to Lake Washington, in September, shows Bellevue in the background. (Steve Ringman/Seattle Times/TNS)

The Medina Post Office building, left, was purchased by the City of Medina, Wash. At right is the 100-year-old Medina grocery. (Greg Gilbert/Seattle Times/TNS)

Within the gated estates that line this city’s leafy streets live the richest of the rich.People with names like Gates, Bezos and Nordstrom call the waterfront enclave home, helping burnish Medina’s image as the heart of Lake Washington’s “Gold Coast.”

The city has 3,200 residents, a smattering of businesses and a citywide, 24-hour surveillance system that belies the community’s appreciation for privacy.

But for Medina, all that glitter has not translated to municipal gold.

The city of sprawling, multimillion-dollar mansions is projecting a $500,000 deficit in 2020, which Medina officials say could widen to $3.3 million by 2025 without a hike in revenue from property taxes.

Medina’s budget woes mirror other cities across the nation that are grappling with a limit on how much a city can ask of its taxpayers, but it’s uniquely felt in one of the country’s richest ZIP codes.

The world’s two wealthiest people help illustrate the situation. Medina residents Bill Gates and Jeff Bezos each have a net worth 15,000 times the city’s annual $6.9 million budget, but Medina collects a combined $139,826 in property taxes on their lakefront homes.

A measure on the November ballot is designed to change that. Medina voters will decide whether to approve a 6-year levy increase that the city said will fill the deficit and maintain its current level of municipal services. The measure would increase the city’s levy rate by 20 cents, to 84 cents per $1,000 of assessed value in 2020, and additional increases of 5% each year until 2025.

Medina has no shortage of fabulously pricey homes. Tech luminary Charles Simonyi owns the 22,190-square-foot “Villa Simonyi,” valued at $56.9 million. Former Microsoft president Jon Shirley’s $42 million home-cum-art gallery sits on 4 acres along the waterfront. Susan Brotman, wife of the late Costco co-founder Jeff Brotman, lives in a $26 million mansion that was the site of a private fundraiser for President Barack Obama in 2012.

But city officials are quick to point out that the majority of Medina homes are valued at around $2 million, making the pricey mega-mansions outliers.

How did they get here?

Medina, which has an operating budget of $6.4 million, will bring in about $2.8 million from property-tax income this year. If the measure were approved, the city would generate an additional $900,000 in 2020.

More than half of the city’s budget goes toward public safety services. The fund pays for 25.5 staff positions, 11 of which are in the police department. The city contracts with other cities for some services, such as the city of Bellevue for fire and medical aid and the city of Seattle for harbor patrol.

Under state law, cities can’t raise property-tax levies beyond 1% each year unless approved by voters. With a 1% increase, Medina would bring in an additional $28,000 next year, which it says isn’t enough to cover rising costs.

Critics say the budget woes are self-inflicted and that proponents don’t take into account the total tax that homeowners pay each year. The owner of a $2 million home, for example, pays about $16,000 annually in taxes that go toward schools, King County, Sound Transit and other jurisdictions. The wealthy outliers, Bezos and Gates, pay a combined $1.7 million annually in property taxes.

“We have a population that’s diverse, with elderly people and people in working households, and then clearly the two richest men in the world … . But on the other hand, for the state, county and now the city to ask more and more from us is not sustainable for many of us,” said Medina city Councilmember Jennifer Garone.

Aside from their tax bills, residents wouldn’t notice any differences if they approve the measure.

“I think that people can choose to continue to pay for their level of services they enjoy now, or they can choose to ask us to cut that back,” Deputy Mayor Jessica Rossman said at a meeting earlier this year.

Some of the potential cuts are substantial, like cutting harbor patrol enforcement to save $70,000, and the lifeguard program for $44,000. Other cuts are smaller. Layoffs among city staff are also possible, though the council has directed finance staff to find other cuts to maintain the positions.