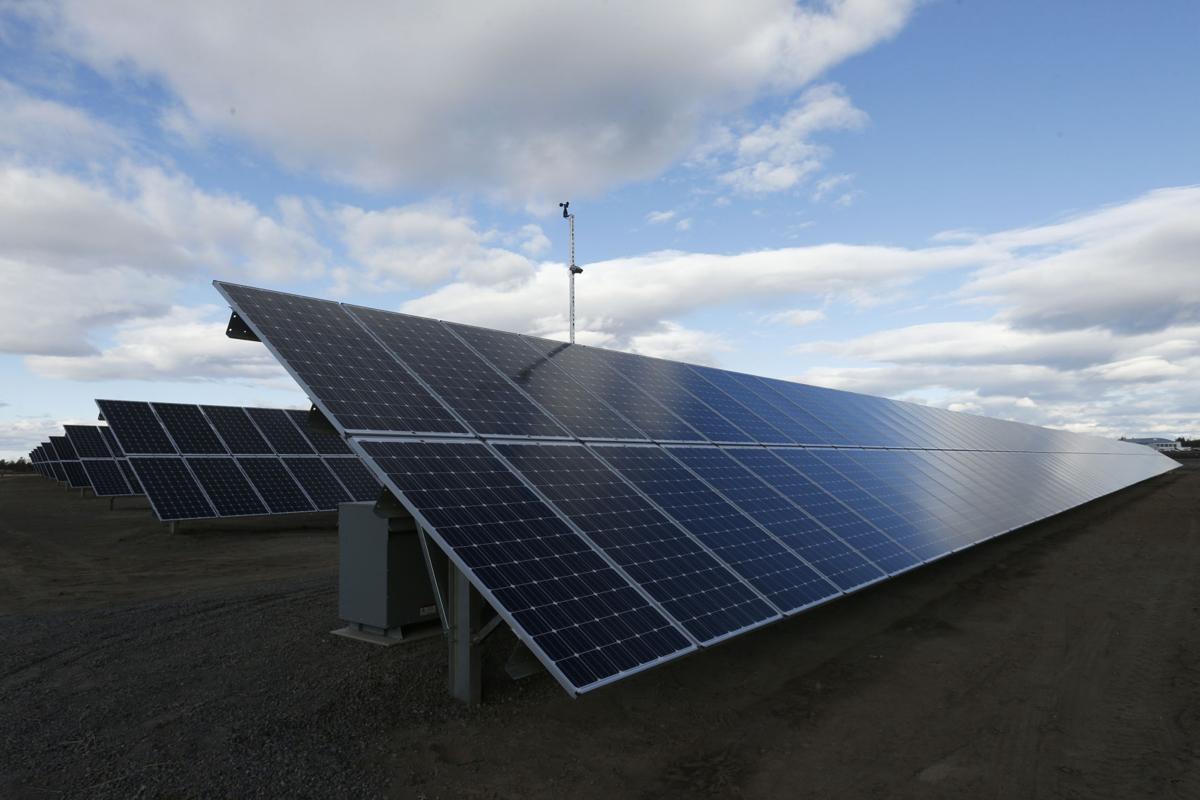 A solar array is visible on the Central Oregon Community College Redmond campus. Another solar array was completed outside Prineville to serve an Apple data center. (Bulletin file photo/Joe Kline)

A solar array is visible on the Central Oregon Community College Redmond campus. Another solar array was completed outside Prineville to serve an Apple data center. (Bulletin file photo/Joe Kline)

A large solar array outside Prineville has been complete since November, but a major contractor says it’s still owed $2.2 million on the $17.5 million job.

Moss & Associates LLC of Florida is seeking to foreclose its construction lien against several entities that have interest in the property on SW George Millican Road. Known as the Gala solar project, the 56-­megawatt array was the largest in Oregon when construction began in 2017. Its main customer is Apple, which has a data center nearby.

Moss has no other remedy, according to the suit, filed May 29 in Crook County. “It will be necessary to sell all of the property to satisfy its claim for relief,” the suit says.

Moss’ attorney, Thomas Ped in Portland, and company executives could not be reached for comment.

Representatives of SunPower Corp., the California company that served as general contractor, and Avangrid Renewables LLC in Portland, said they could not comment on pending litigation, or had not yet been notified of the claim. Avangrid is a member of Solar Star Oregon II LLC, an entity that was involved with developing the Gala array.

Moss could collect on a release-­of-lien bond posted by SunPower Corp., but Moss wasn’t served with a notice of the bond’s recording, and no affidavit of the notice was recorded, the suit alleges.

The nearly $2.2 million in question stems from change-order work, the majority of which was done by subcontractors, according to a construction lien claim filed with the lawsuit.

Moss and SunPower have worked together on solar projects across the country. Mike Little, an executive vice president at Moss, even provided a testimonial that SunPower posted on its website about utility-scale solar systems. “SunPower has optimized every component of the power plant, reducing not only components costs, but construction installation costs,” Little is quoted as saying.

The Gala solar array sits on nearly 400 acres owned by Powell Butte Vistas LLC, a partnership of Central Oregon developers Jerry Freund and Kevin Spencer. Powell Butte Vistas is named in the construction lien foreclosure. Moss also claims that although it didn’t have a formal contract with the landowner, Powell Butte should pay the $2.2 million because the work benefited its property.

Spencer did not return a phone call seeking comment.