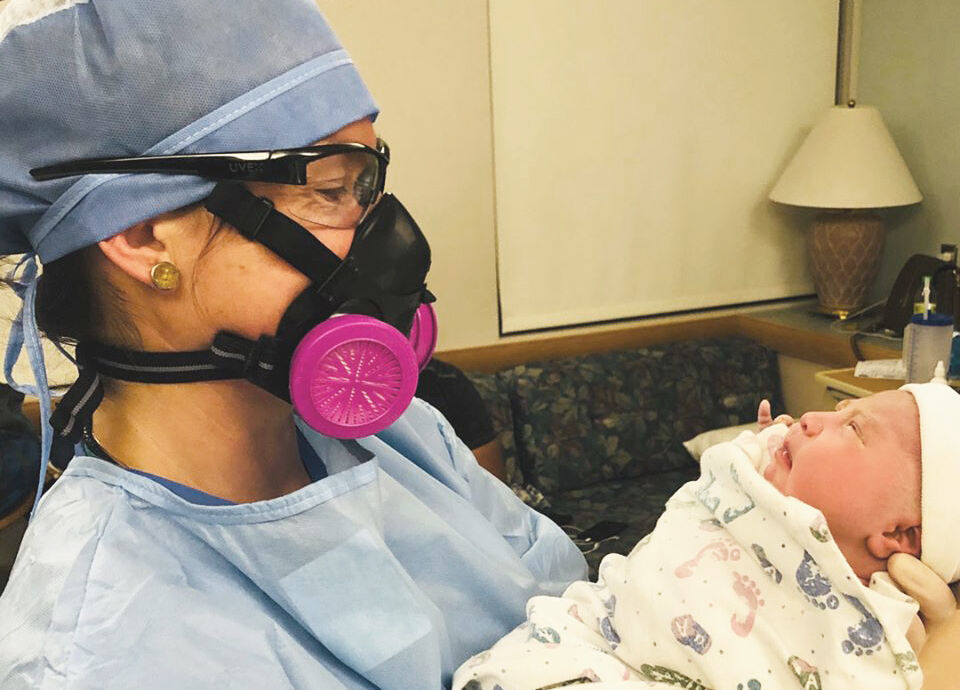 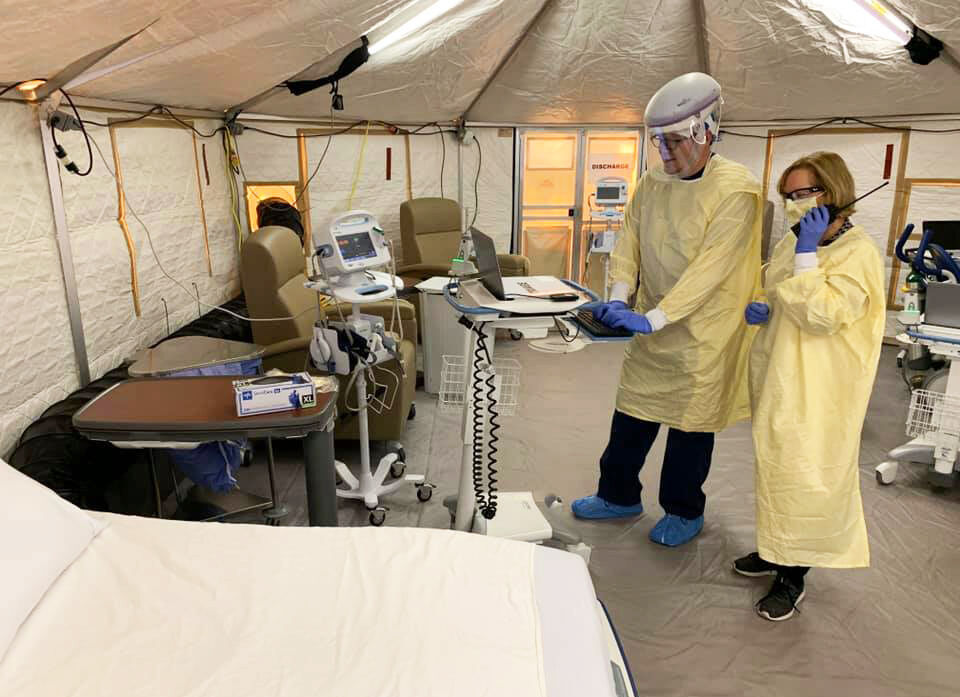 Medical workers stand in a triage tent outside the emergency department at St. Charles Bend during COVID-19 in this undated photo. Wednesday saw Oregon’s largest one-day jump in cases. 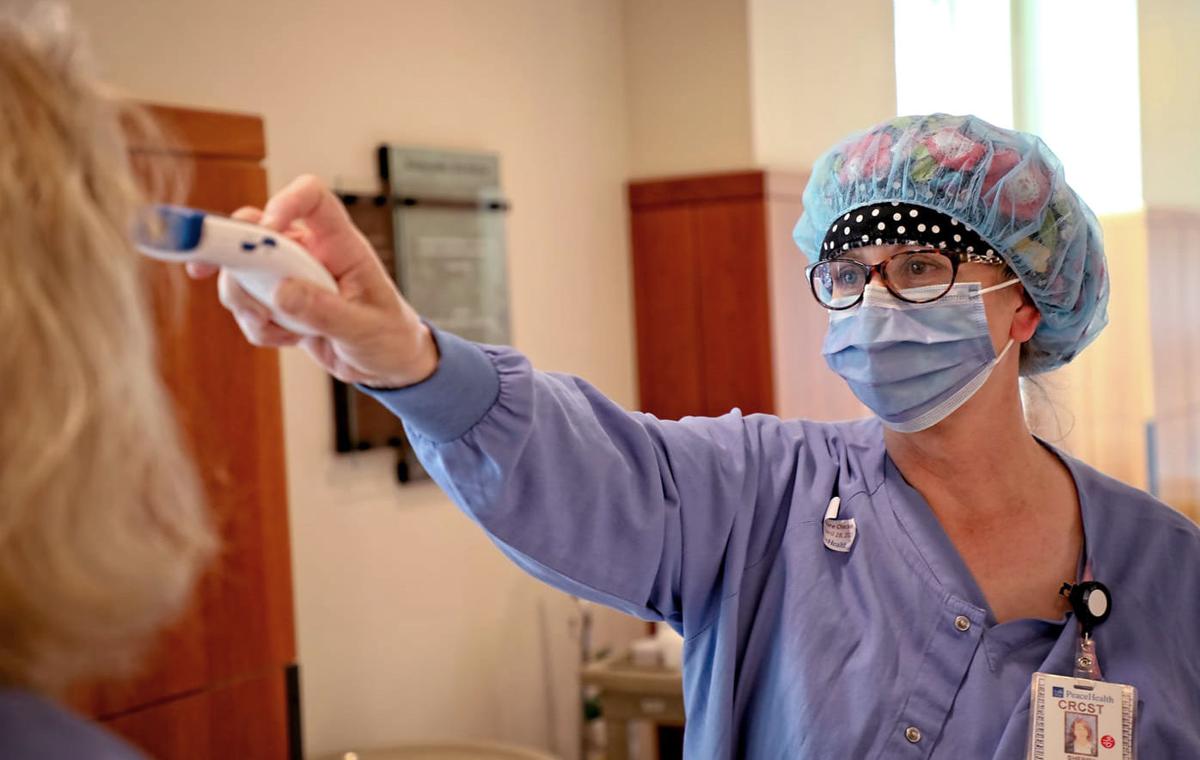 A health care provider takes a patient’s temperature at a hospital. Across Oregon, hospitals have lost from 40% to 70% of their revenue during COVID-19. 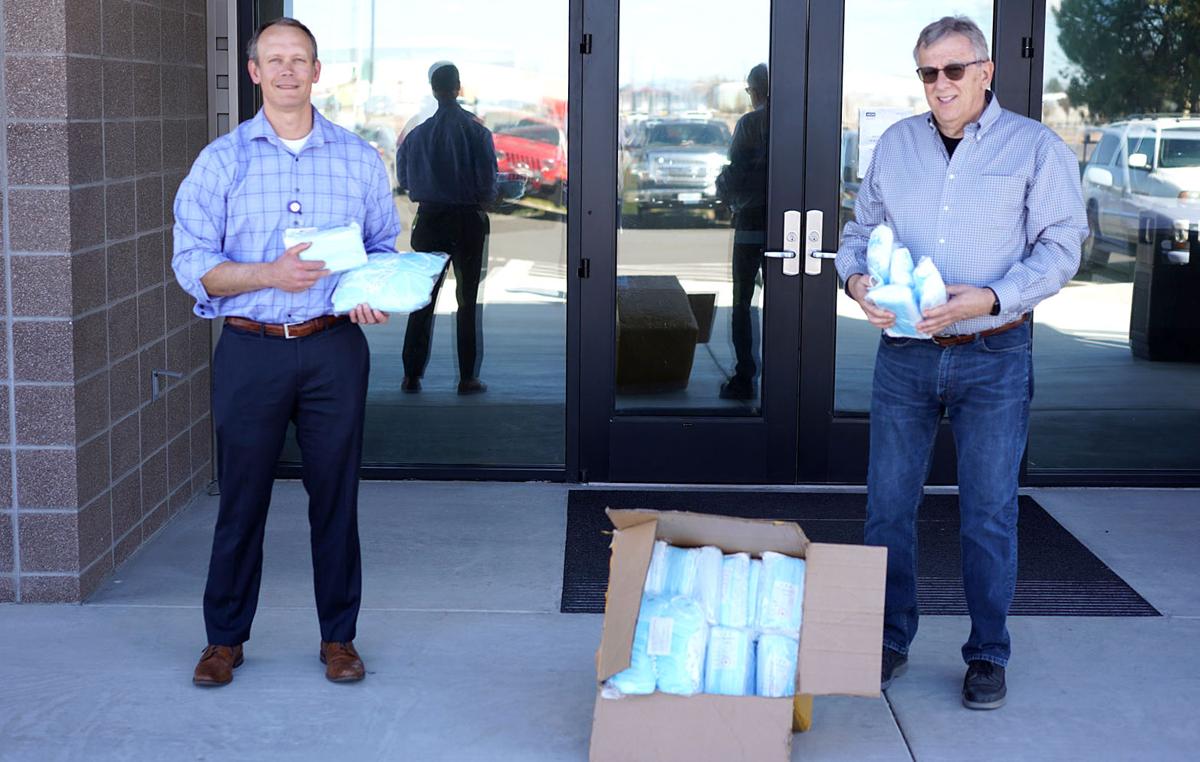 Medical workers stand in a triage tent outside the emergency department at St. Charles Bend during COVID-19 in this undated photo. Wednesday saw Oregon’s largest one-day jump in cases.

A health care provider takes a patient’s temperature at a hospital. Across Oregon, hospitals have lost from 40% to 70% of their revenue during COVID-19.

“At a rural clinic, a couple procedures less is all you need to run into the red,” said Wiser.

And Oregon’s rural medical practices are seeing a lot of red on their bottom lines.

From March through May, a survey by the University of Colorado’s Larry A. Green Center of more than 100 Oregon primary care practices found:

• Some 39% furloughed or laid off workers.

• One-quarter had some clinicians skip salaries.

Thirty-three of those practices were in rural areas of the state.

Hospitals, too, took a hit. About 3 in 5 rural hospitals lost up to 70% of their revenue, according to the Oregon Association of Hospitals and Health Systems.

Some larger urban providers have been forced to tap their reserves.

In a late May survey, the majority of respondents at Oregon primary care practices said they don’t know how much cash they have or think their reserves will last only three months.

Mealy, spokesman for the nurses association, said the organization advocated for nurses to receive cross-training while departments were shuttered, making furloughs and layoffs a last resort.

Providers continued serving patients during lockdown, but most appointments were “telehealth” videos or calls. Experts say insurance reimbursements for telehealth are unsustainable and rural areas already have more patients on government insurance that pays providers less.

Patients are trickling back, but providers say impacts will endure.

Many providers fear another long-term effect: a potential exodus from rural to urban areas of providers who were laid off. The biggest challenge in rural health care, experts say, is provider recruitment, and the pandemic could leave rural areas with fewer clinicians.

“I’m starting to recognize our focus on surviving is impacting all other businesses we touch,” said Jenn Welander, CFO of St. Charles Health System in Bend. “It’s like a crack in the ground that will keep growing. Some businesses we worked with may never open again.”

But not everything has been negative.

Providers say they are learning to be financially resilient, are establishing diverse PPE supply chains, are excited about the rise of telehealth and have seen “incredible wins” in coordinated care between urban and rural providers.

“There’s a long road ahead,” said Welander of St. Charles. “An event of this magnitude is not lived down within weeks or even within months. This is going to be a multiyear event.”