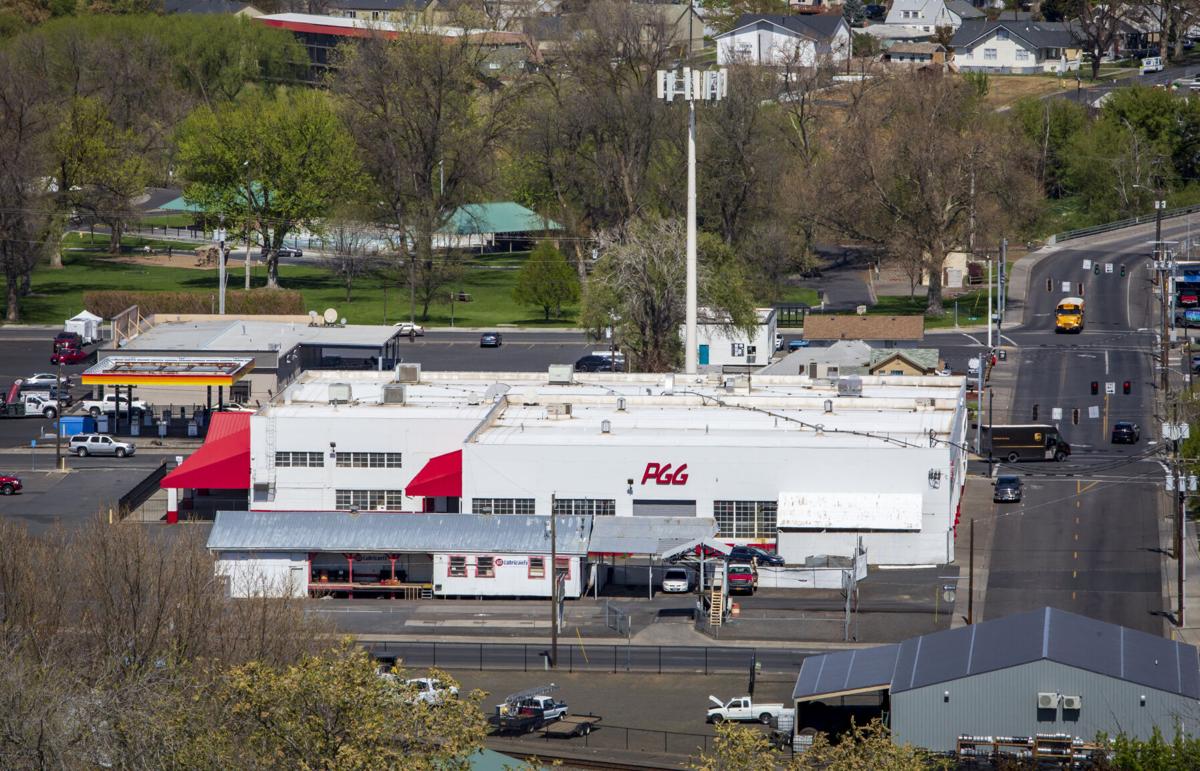 The former Pendleton Grain Growers building in Pendleton as seen from the South Hill on Wednesday, April 28, 2021. 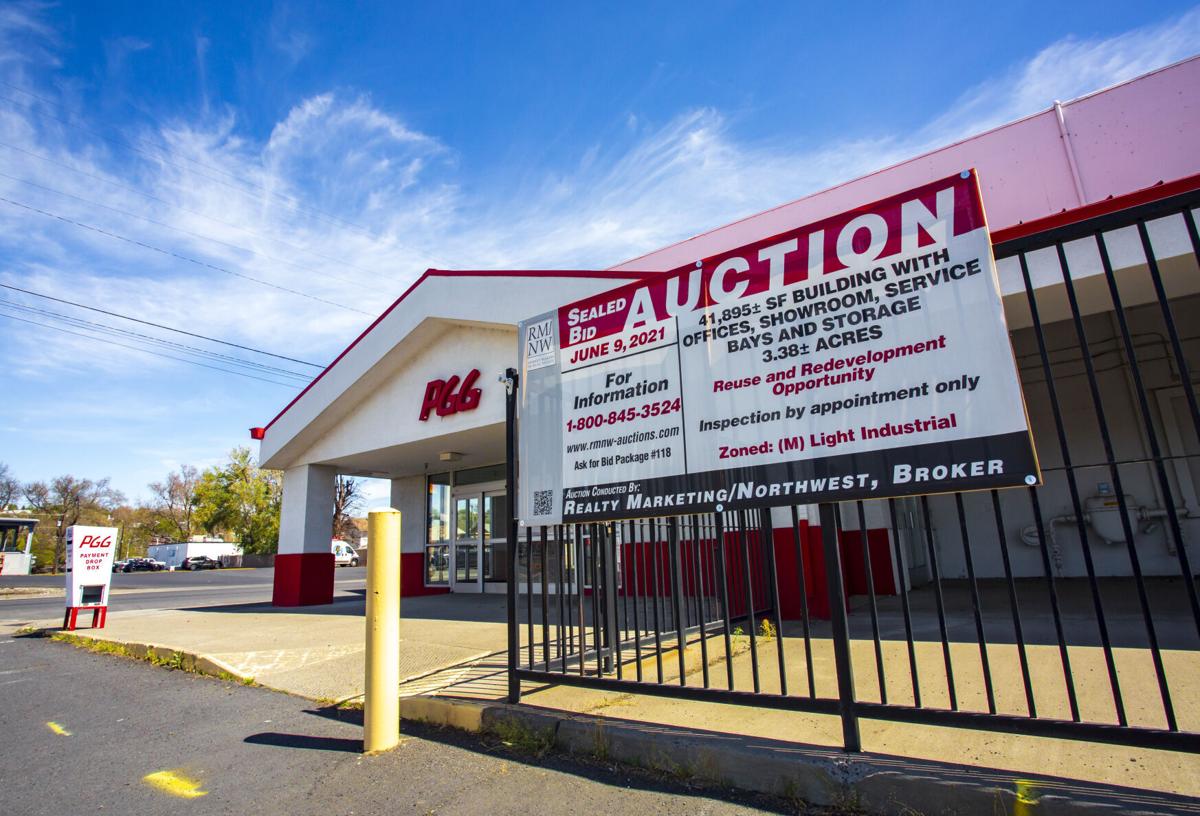 A sign on the former Pendleton Grain Growers building in Pendleton advertises its impending auction.

The former Pendleton Grain Growers building in Pendleton as seen from the South Hill on Wednesday, April 28, 2021.

A sign on the former Pendleton Grain Growers building in Pendleton advertises its impending auction.

One of Pendleton’s most prominent buildings is on the market, and it can be bought for as little as $2 million.

On behalf of Pendleton Grain Growers, Realty Marketing/Northwest is auctioning off PGG’s mostly vacant Pendleton facility for the reserve price of $1.995 million, a slight reduction from the company’s $2.1 million asking price.

The 3-acre property includes a 42,000-square-foot building that once housed the grain co-op’s headquarters, retail showroom, automotive service center and warehouse. Once a thriving organization with agricultural and retail operations across Eastern Oregon, the Pendleton facility has sat mostly vacant for about a half-decade after it decided to shutter retail operations in 2014 and voted to completely dissolve the co-op in 2016.

Many of PGG’s other properties have been sold to various businesses and organizations. But PGG hasn’t yet sold its flagship property.

That’s what Realty Marketing/Northwest and President John Rosenthal are trying to change.

Rosenthal said he’s already heard interest from several prospective bidders both locally and from the Portland area. With bids due on June 9, Rosenthal said none of the people who have inquired about the building have complained about the price.

Having already sold some of PGG’s other properties, Rosenthal said steps were taken to creatively market the building.

In 2019, PGG commissioned a Portland architect to create renderings of what the 1951 building could look like if it was renovated and put back into use. Marketing material also now includes a couple of suggested uses for a repurposed building, including a van or RV conversion business to take advantage of the building’s repair bays and showroom or a Goodwill-like operation that includes both retail and work training components.

Once the building is sold, PGG has promised to move its remaining offices out of the building and leave the Washington Federal ATM, which brings in a small amount of revenue each year.