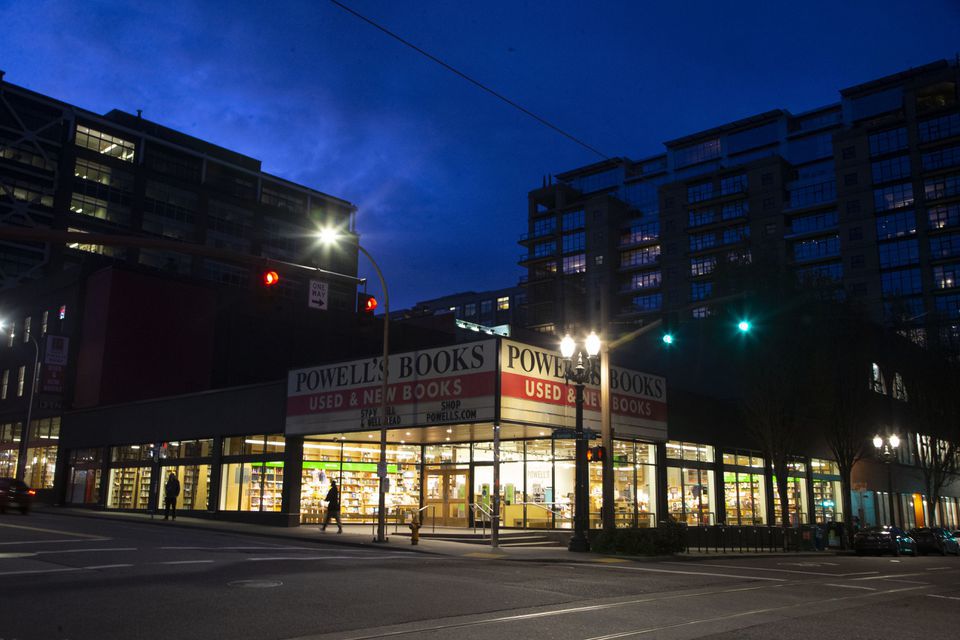 "No matter what it takes, this business needs to be here for the next generation of readers," said Emily Powell, CEO of the landmark Portland bookstore. 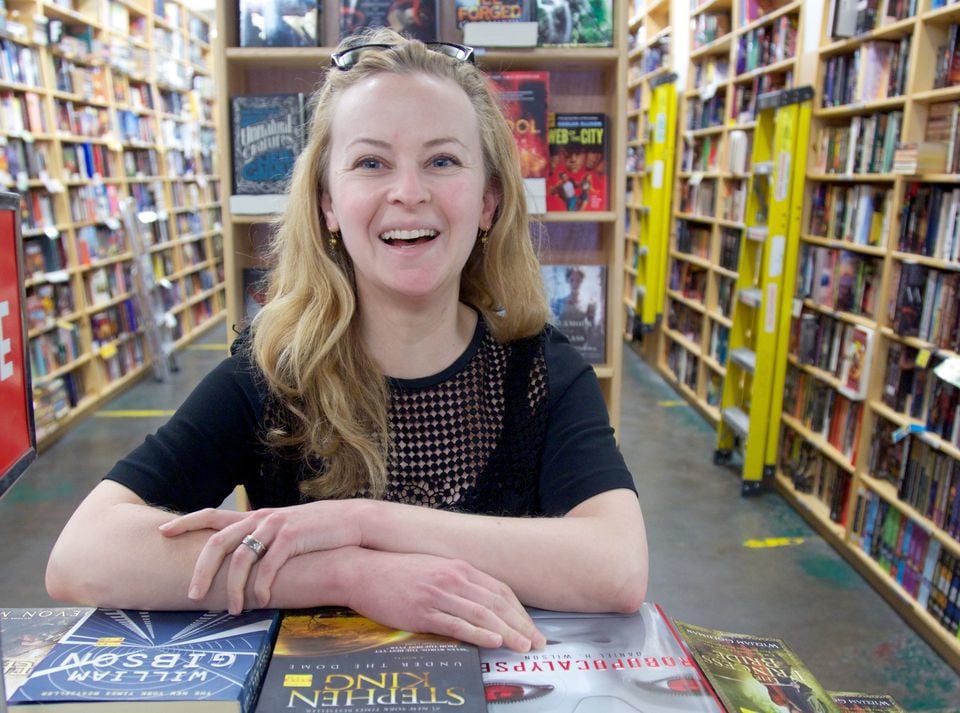 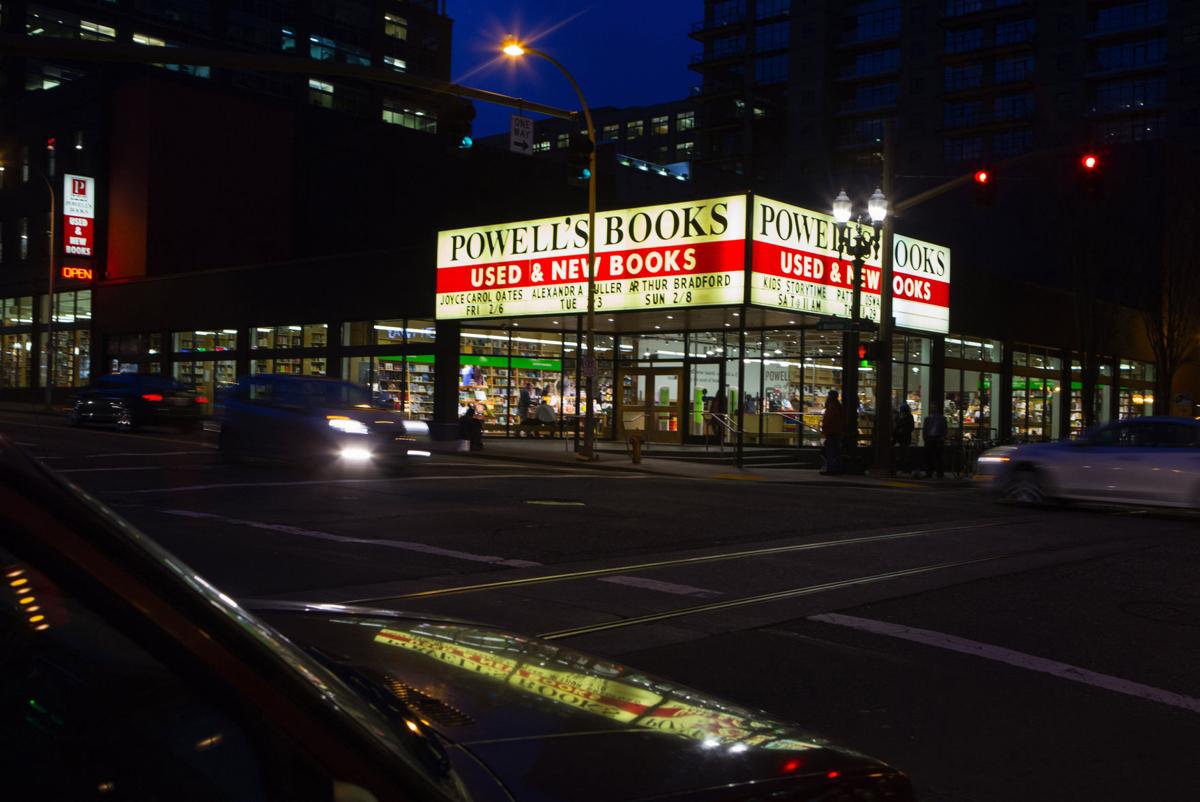 Powell’s City of Books takes up an entire city block in downtown Portland.

"No matter what it takes, this business needs to be here for the next generation of readers," said Emily Powell, CEO of the landmark Portland bookstore.

Powell’s City of Books takes up an entire city block in downtown Portland.

Powell’s, which occupies a full city block downtown, ordinarily draws readers from across Portland and around the world. Now, bestsellers and hidden gems sit idle in the enormous, empty shop.

“It’s bizarre. It’s surreal. It’s also in some ways magical,” said Emily Powell, the bookstore’s CEO. “It feels like walking through the aisles with the ghosts of writers and readers.”

Powell’s March closure was among the most shocking developments in the early days of Oregon’s epidemic as a sudden economic catastrophe descended upon the state. When Powell’s locked its doors, the city lost one of the cultural touchstones that define Portland, and more than 300 workers lost their jobs.

Its closure was a milestone, putting the crisis in stark terms and making it obvious just how profoundly the epidemic would change Oregon.

Now, as businesses across the state slowly begin to emerge from their coronavirus shutdowns, the bookstore isn’t ready to change back. The elements that make Powell’s distinctive — huge stores, enormous selection, customers mingling together to share old favorites and new discoveries — work against it in an age of social distancing.

Yet Powell said the outpouring of customer support that followed the store’s closure gives her confidence the store will find a path forward.

“Powell’s will be here,” she said. “It may look different. It may feel different for a while. But it will be here.”

The bookstore dates to 1971, founded by Emily Powell’s grandfather and later run by her father. She took over in 2011, in the waning days of the Great Recession and amid intense competition from Amazon and other online outlets. Powell stepped aside for a time but returned to the CEO role last year.

The bookstore has endured as one of the businesses central to Portland’s identity. Powell’s is a favorite stop for readers looking to browse and for authors on book tours.

“When people come to visit Portland, visiting Powell’s is at the top of the list,” Oregon poet and Reed College Professor Samiya Bashir told PBS last month. “You know, you go to Paris, you want to see the Eiffel Tower. You go to Portland, you want to go to Powell’s bookstore.”

Emily Powell, 41, has spent most of the shutdown working from home with her husband and five-year-old son. She has a persistent cough — it’s not the coronavirus, she’s been tested — but she said she feels obliged to stay home under the circumstances.

Questions and crises come on a daily basis. In her quiet moments, Powell said she is rereading Italian short stories from the 1920s and ‘30s, hoping to give the historic moment she is wrestling with a larger context.

“I’m doing what a lot of people are doing and that’s going back to writing from way before this moment,” she said, “in order to find some perspective.”

Many of the issues facing Powell’s are similar to those facing other Oregon businesses during the coronavirus outbreak. The company owns its downtown store, but its four satellite shops around the Portland area all have landlords expecting rent.

Powell said her landlords have been very flexible to this point, but she said she doesn’t know how long those property owners can afford to defer payments.

Powell’s secured a federal loan through the Paycheck Protection Program, loans that turn into grants for businesses that can keep their employees working into summer. Powell said she can’t afford to rehire everyone while the bookstores are closed, and doesn’t want to take on substantial new debt. So the bookstore has tapped only a small portion of the loan. She declined to say just how much.

Reopening the stores requires ensuring both customers and employees are safe, Powell said. And that presents unique challenges for bookstores. While epidemiologists consider paper products to be low risk for transmission, she said it’s important people are secure in the places they work and shop.

“You have to be able to pull a book off the shelf and feel comfortable touching something that someone else touched,” Powell said. “We have a million volumes in that store. We can’t possibly disinfect every one of them all day long. And they can’t get wet.”

How will Powell’s persevere if it has to limit the number of people in its stores? Who will buy its books until tourists return to Portland?

The bookstore doesn’t have those answers yet, Powell said, and may not for some time to come. But it is taking some tentative steps forward.

Powell has begun offering a pickup option at its downtown store. Powell said that’s still in a trial phase, but she hopes to make it a regular option at all its stores in the coming days or weeks.

And she said some customers may get the opportunity to shop in the downtown store all by themselves, through charity auctions.

Powell’s abrupt closure in March produced tension between the bookstore and ILWU Local 5, the union representing Powell’s employees. The union said initially that Powell’s hadn’t committed to supporting workers through the closure.

Two months later, union representative Myka Dubay commended Powell’s for ensuring that workers who have returned have protective attire and adequate spacing and for excusing those concerned about their health. However, Dubay said the union and store haven’t come to terms on wage and benefits levels when the bookstore reopens.

“When Powell’s employees are returned to work, they should be guaranteed their former hourly wage as well as benefits level,” Dubay wrote in an email. “Powell’s workers deserve to hold onto the wage and benefits they have achieved.”

Emily Powell said the bookstore is working through disagreements with the union as it seeks to adapt to the implications of the coronavirus outbreak.

Powell’s enjoyed a burst of online orders from patrons demonstrating support the business in the days after the March closure. For the bookstore it was, in some ways, too much of a good thing.

The company recalled some workers but struggled to process the surge in orders while maintaining a safe working environment. Some orders took several weeks to arrive.

“Business was very strong right away, and we really struggled to adapt to that,” Powell said. “It’s hard to turn a big elephant on a dime.”

The surge in business early in the pandemic has ebbed. And that leaves the independent bookstore competing online with Amazon, on Amazon’s turf.

Instead, she said Powell’s and other local businesses bring a personal connection to their customers. She said it is her staff’s devotion to readers, and to reading, that gives the bookstore an edge.

“What we have in spades is the true passion and love for the products,” Powell said. “Our folks are just living and breathing books.”