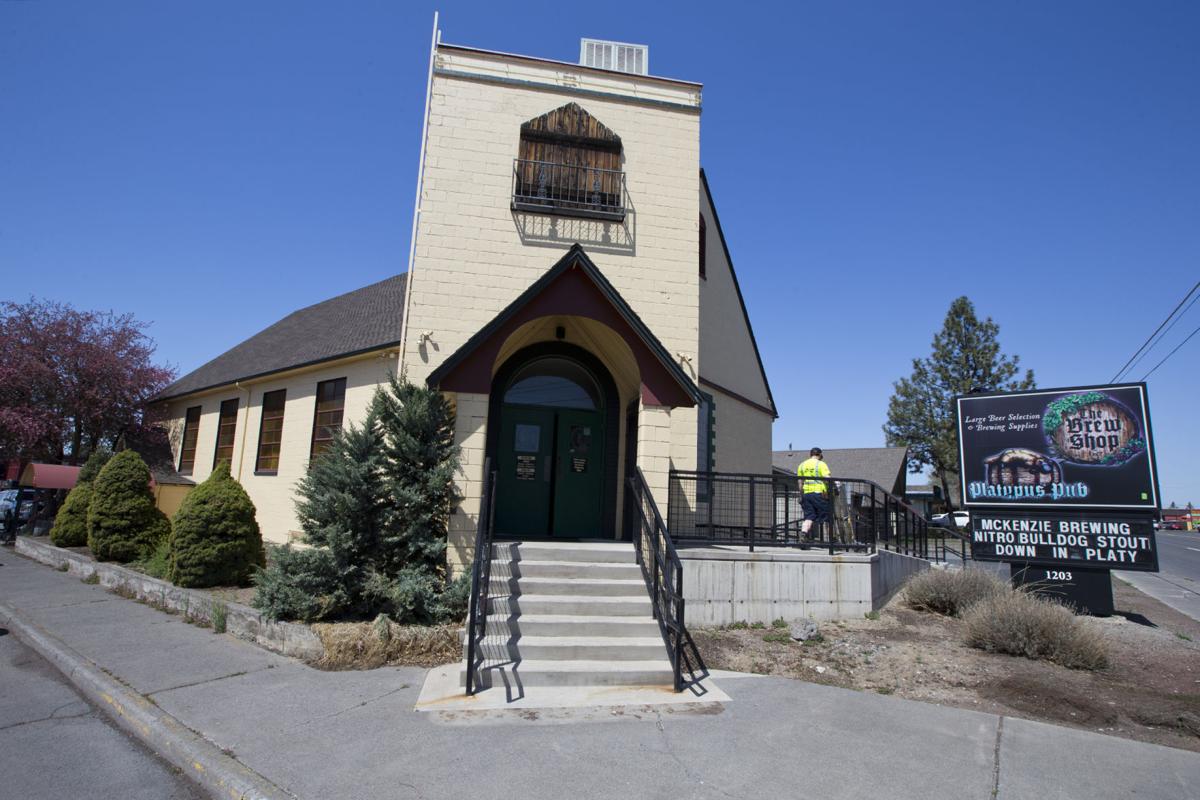 A developer's plan to build a drive-thru restaurant where the Platypus Pub stands today has been revised. (Andy Tullis/Bulletin file photo) 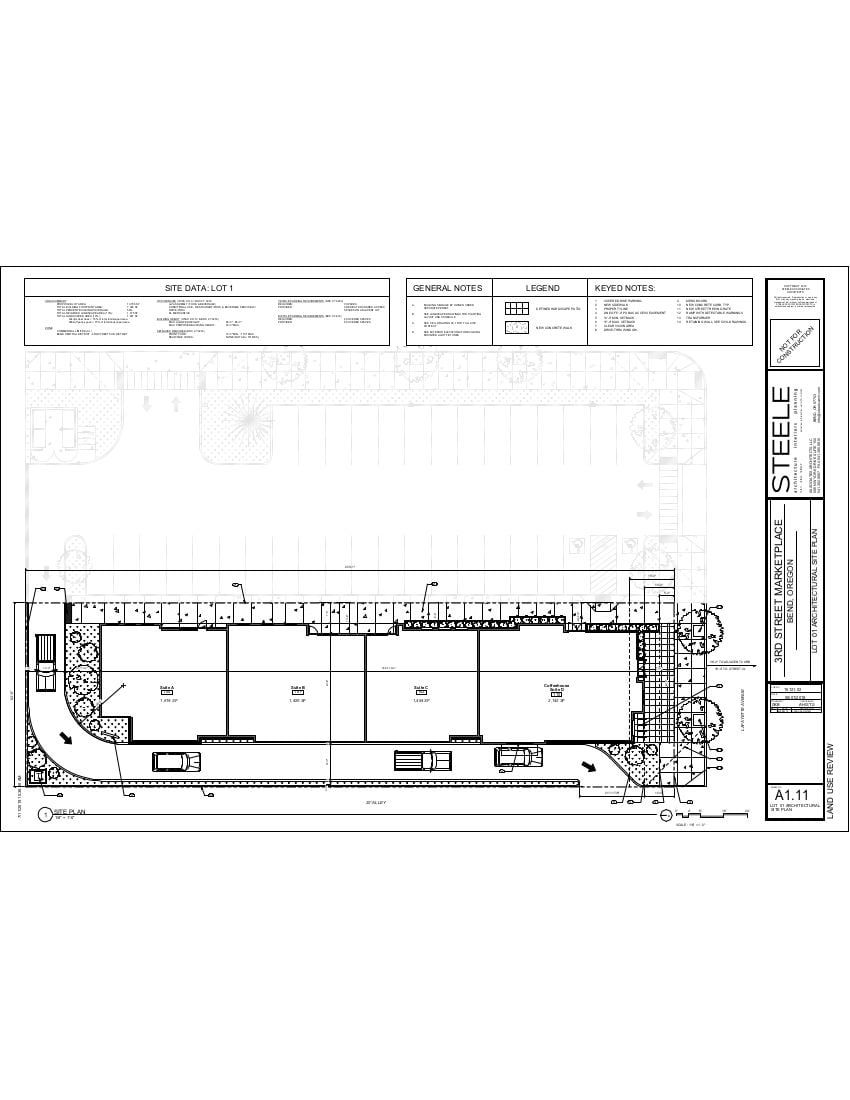 This site plan filed with the city of Bend shows a 7,045 square-foot retail building facing Third Street northeast of the intersection with Lafayette Avenue in Bend. The drive-through lane runs between the rear of the building and an alley and empties onto the alley near Lafayette Avenue.

A developer's plan to build a drive-thru restaurant where the Platypus Pub stands today has been revised. (Andy Tullis/Bulletin file photo)

This site plan filed with the city of Bend shows a 7,045 square-foot retail building facing Third Street northeast of the intersection with Lafayette Avenue in Bend. The drive-through lane runs between the rear of the building and an alley and empties onto the alley near Lafayette Avenue.

A developer has revised his plan to tear down the Platypus Pub building on Third Street in Bend to make way for a Starbucks with a drive-thru lane.

The new plan could be approved by the city of Bend Community Development Department as early as September, Senior Planner Karen Swenson said.

The proposal by father-son land development team Rusty and Jake Ertle has drawn criticism because it requires tearing down the old church that houses the brewpub, and it doesn’t include a tall mixed-use building, which would be allowed under the Bend Central District code.

The Ertles shelved a previous version of the plan last fall after hearing negative feedback from city planners about the placement of the drive-­thru. Residents of the Orchard District Neighborhood and others, however, have spoken against allowing the drive-­thru at all.

Instead of two buildings facing each other across a parking lot, the latest design calls for one 7,045 square-foot building facing Third Street. The building would be set back from Third Street behind parking.

The drive-thru lane would loop behind the building and exit onto the alley, which empties onto NE Lafayette Avenue.

The building is divided into four spaces, and the one at the southern end with the drive-up window is labeled as a coffee shop. A traffic analysis the developer submitted in June refers to that tenant as Starbucks.

The drive-thru requires a conditional use permit. People have asked the city to require the Ertles’ proposal to go through a public hearing, Swenson said, but the decision will be issued administratively, according to direction from City Manager Eric King’s office.

The Ertles’ latest application was deemed complete July 19, Swenson said. Although the city has 120 days from that date to issue a decision, the goal is to issue it in 45 to 60 days, she said.

The deadline for public comments is Tuesday.

While the last version of the Ertles’ plan prompted more than 30 comments in opposition, the city has received two dozen emails from Bend residents in support of the new design, according to the city’s planning docket.

Several of the emails use identical language, saying the project would “act as a catalyst for redevelopment in the Bend Central District.”

The district lies between the Bend Parkway and Third Street and stretches from Revere Avenue to south of Burnside Avenue.

“This is an area well in need of gentrification and will benefit by the proposed development,” Compass Commercial Real Estate Services broker Terry O’Neil said in an email to the city.

“It is forward thinking like this proposal that will hopefully keep our downtown core from turning into a mini-Portland,” he wrote.

The city also received another half dozen comments against the latest proposal. Steve Porter, a member of the Bend Urban Renewal Advisory Board, wrote that he thinks the proposal conflicts with the area’s stated priorities of creating “walkable, mixed-use communities that encourage greater bike, pedestrian and transit use.”