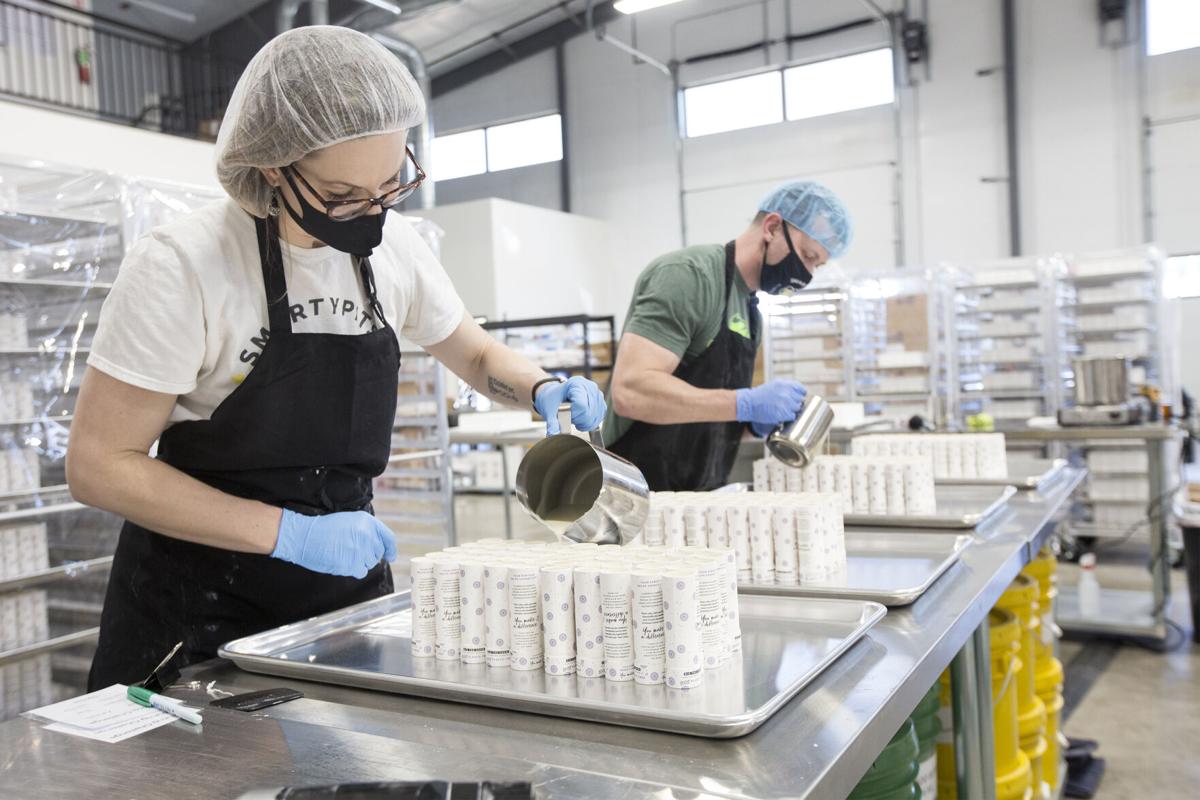 Stacia Guzzo, CEO and founder of SmartyPits, and Brian Vernon, vice president of sales and business development, work on making a batch of product while working at the company's Bend facility on Thursday, Feb. 25, 2021. 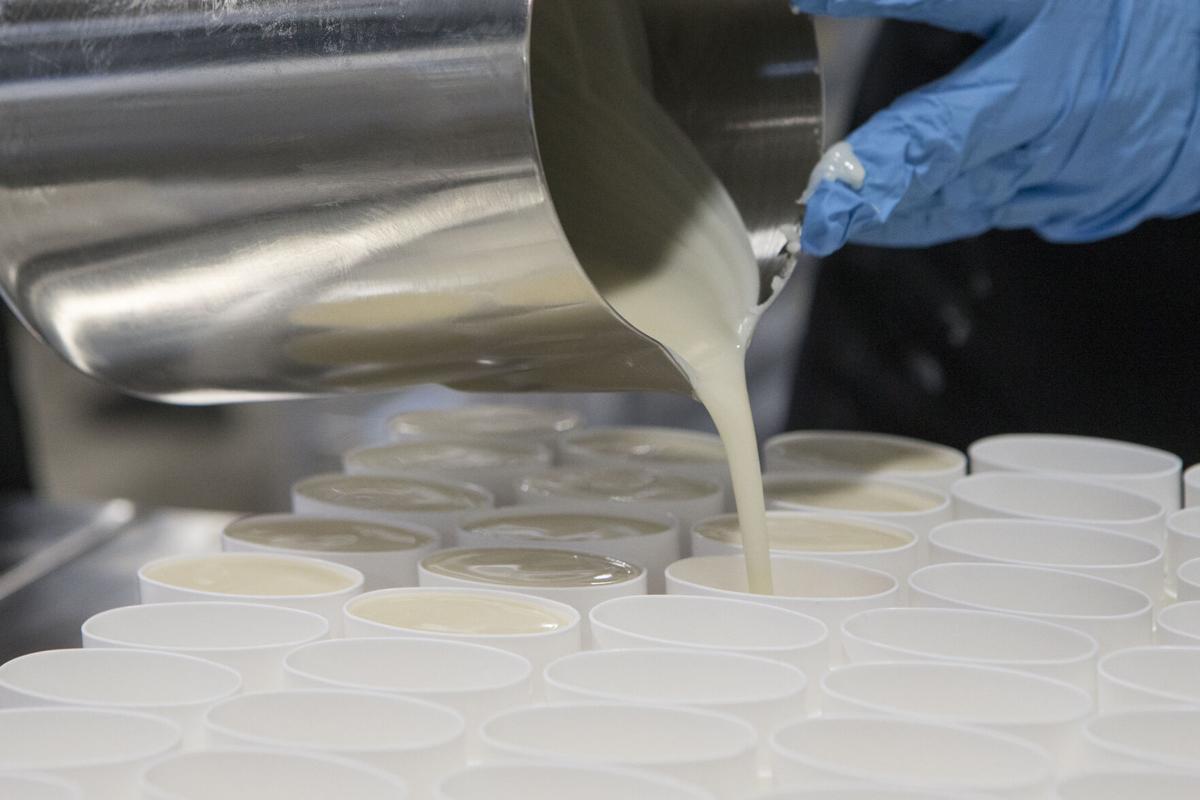 Stacia Guzzo, CEO and founder of SmartyPits, works on making a batch of product while working at the company's Bend facility on Thursday, Feb. 25, 2021. 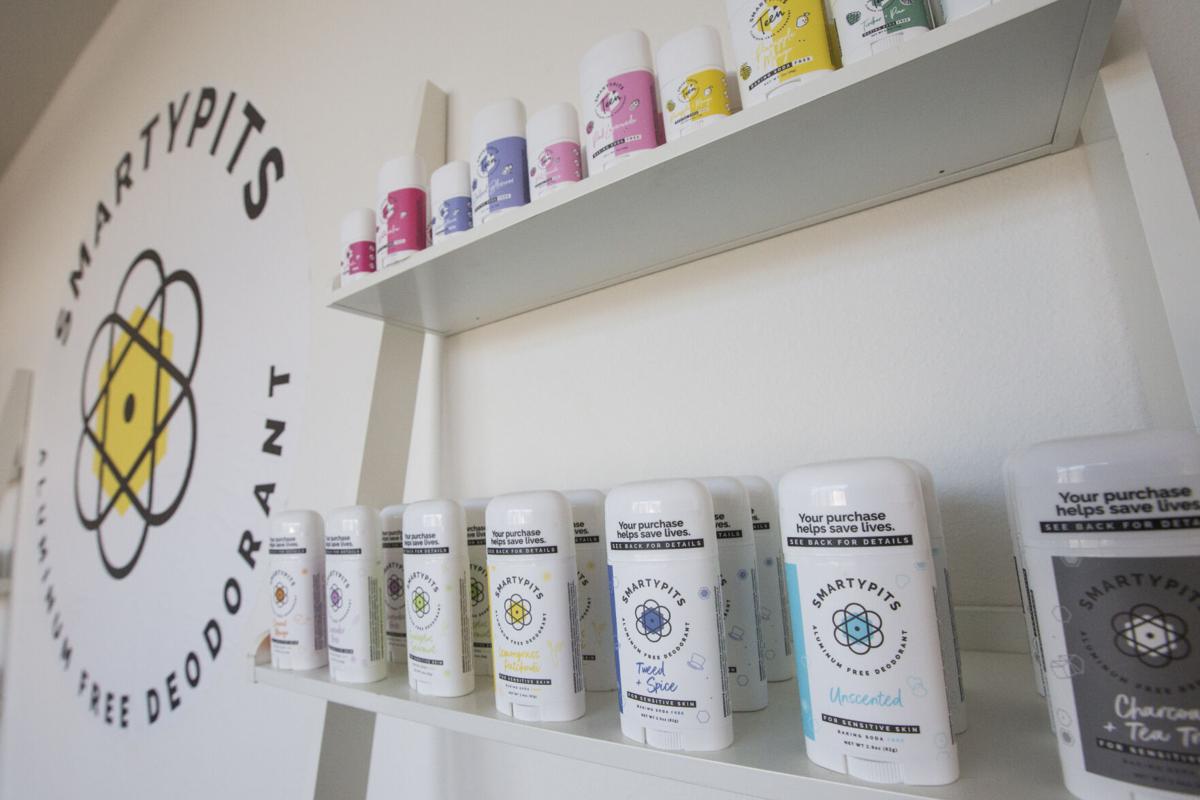 A display of deodorant products at SmartyPits in Bend on Thursday, Feb. 25, 2021. 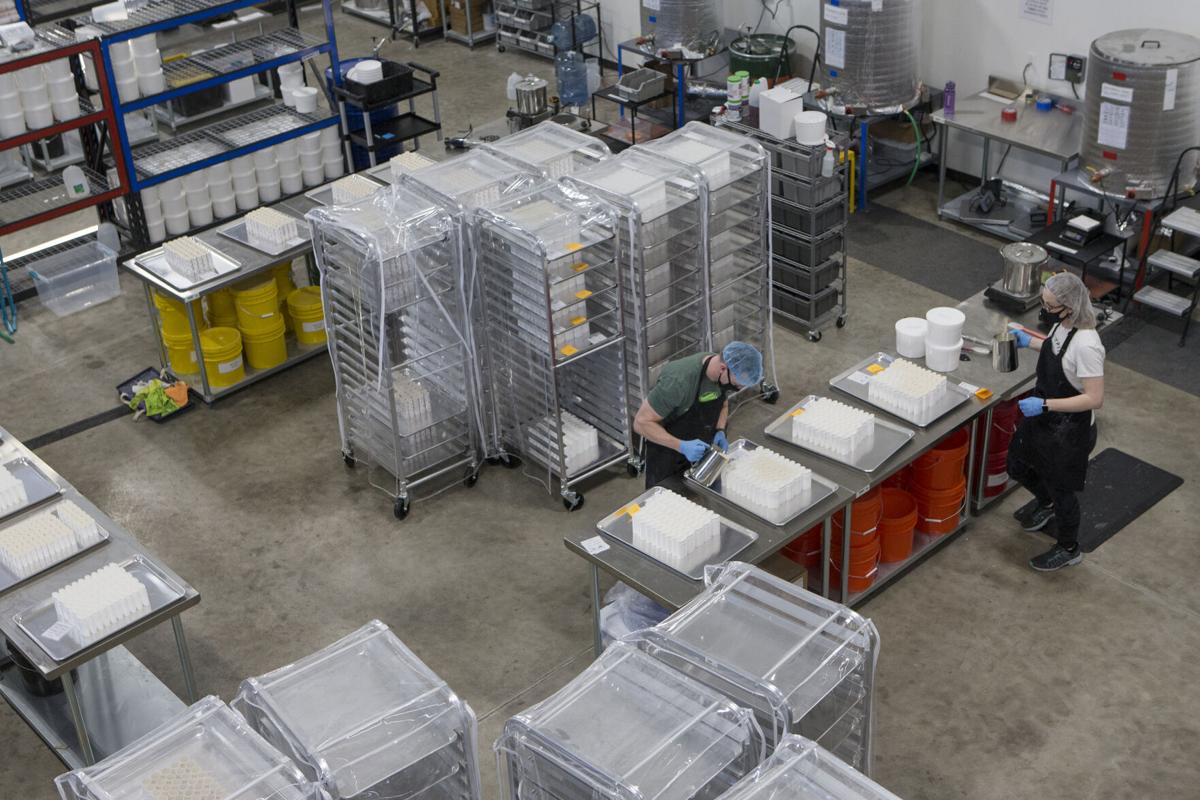 Stacia Guzzo, right, CEO and founder of SmartyPits, and Brian Vernon, vice president of sales and business development, work on making a batch of product while working at the company's Bend facility on Thursday, Feb. 25, 2021.

Stacia Guzzo, CEO and founder of SmartyPits, and Brian Vernon, vice president of sales and business development, work on making a batch of product while working at the company's Bend facility on Thursday, Feb. 25, 2021.

Stacia Guzzo, CEO and founder of SmartyPits, works on making a batch of product while working at the company's Bend facility on Thursday, Feb. 25, 2021.

A display of deodorant products at SmartyPits in Bend on Thursday, Feb. 25, 2021.

Stacia Guzzo, right, CEO and founder of SmartyPits, and Brian Vernon, vice president of sales and business development, work on making a batch of product while working at the company's Bend facility on Thursday, Feb. 25, 2021.

When Smarty- Pits outgrew its home in Tehachapi, California, the company started looking around for a new home.

There were few expansion opportunities in the small mountain town in Southern California for the personal products company. When the company’s chief financial officer, a remote worker living in Bend, suggested maybe the company should relocate to Central Oregon, Stacia Guzzo, founder and CEO, thought about that.

A quick trip up to Bend and rounds of talks with economic development officers and real estate agents, and Guzzo was sold. Bend has a strong labor pool. Bend has great outdoors. And Bend is not isolated, even though it’s not along the interstate.

“I had been looking to move personally for a while,” said Guzzo. “But when I came to Bend and saw how supportive the community is of entrepreneurship, I realized it would be an improvement.”

Some of the new businesses to the area in the past year brought in by the Economic Development for Central Oregon nonprofit are: Daydream HQ and Nechville in Sisters, SmartyPits, Volansi in Bend and Prineville, Cognitive Surplus in Redmond, I3D in Redmond, Algofy in Redmond, and Cognito in Sisters.

“Some people have called the pandemic ‘the great pause,’” said Adam Krynicki, Oregon State University-Cascades Innovation Co-Lab executive director. “It’s caused a lot of people to stop and think about their lifestyle. They’re coming to Bend because it’s the perfect place to balance work, play and family. We have a growing tech community, a great support system for entrepreneurs, some of the best skiing in the country, great schools, a four-year university – and the list just keeps growing.”

The groundwork has been laid by pioneers like Picky Bars, Laird Superfood and Hydroflask that created the support system in place for new young firms to take root in Central Oregon, said Katy Brooks, Bend Chamber of Commerce CEO.

“The lifestyle here is very compelling and if the opportunity to move here presents itself, businesses jump on it,” Brooks said. “In large part what’s behind so many (businesses) moving in a short period of time is a result of the pandemic and the recent trend of moving away from large urban areas.”

In addition, Central Oregon offers tax advantages for businesses from enterprise zones for building in specific areass and even cash incentives for providing jobs.

Jeff DeRoux, co-owner of Rainier Precision had until this year been working Seattle where the company was founded by his grandparents. When his lease was up, DeRoux began looking around for a 1-acre location for his custom plastic injection molding manufacturer. Rainier Precision primarily makes Dri-Z-Air, dehumidifers and also custom plastic parts.

Not satisfied with any place to move his family to, DeRoux cast a wider net that landed him in Central Oregon. Once here he learned of the tax incentives offered by the county and state and settled on a 1-acre site. He said throughout the process that began in 2018, he realized that he needed a place that offered a haven for his family to live and play in and a place for him to grow his business.

DeRoux found his place in Redmond, in an enterprise zone that offered incentives for bringing in new jobs and building a facility.

“We found a welcoming business climate,” he said. “The deciding factor to move here was that we could do more things outdoors. In Seattle, we were limited to sunny days and summer. We love to bike and that has been one of the biggest improvements for us, our quality of life. My daughter can see the wildlife. We can go biking.”

Like SmartyPits, DeRoux found that with the help of Economic Development for Central Oregon, the move was made smoother and easier.

“They connected me with people who could solve problems and made it easier for us to come here,” DeRoux said. “It’s pretty scary to pull up a manufacturing business with machinery and employees and relocate to a place. Everyone is happy.”

The Pew Research Center found that 7 in 10 people who can do their work from home are now working from home most of the time. That fact has allowed much more movement, said Ben Hemson, Bend city Business Advocate. When business is going well and the economy chugging along, it’s difficult to convince businesses to pick up and move, Hemson said.

While it’s harder to get a manufacturer to pull up stakes and relocate, many of the new businesses moving to Central Oregon are outdoor companies or professional services, Hemson said.

“We’re seeing folks locally that are expanding,” he said. “There’s a potential that creates churn to open up spaces.”

“They expect to double their employment growth in a year or so,” Myll said. The average employer in Bend has nine employees and they’re well above that. We don’t have a lot of consumer products companies. It’s not one of our core sectors.”