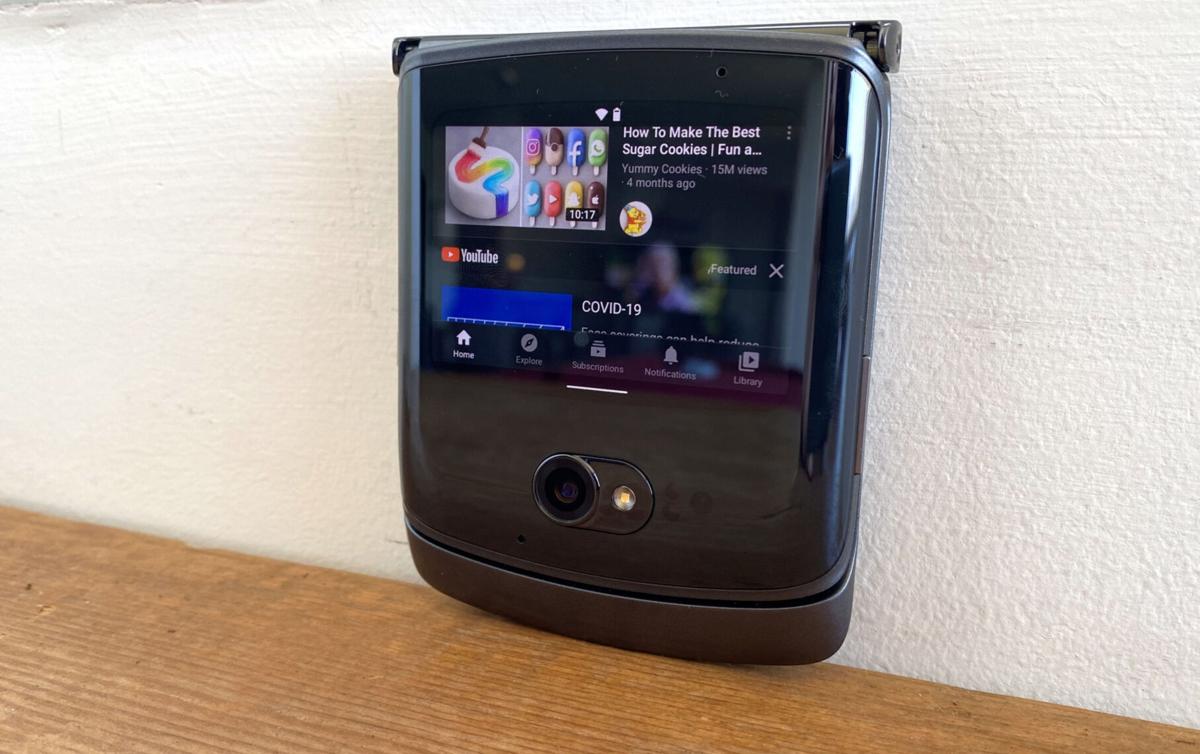 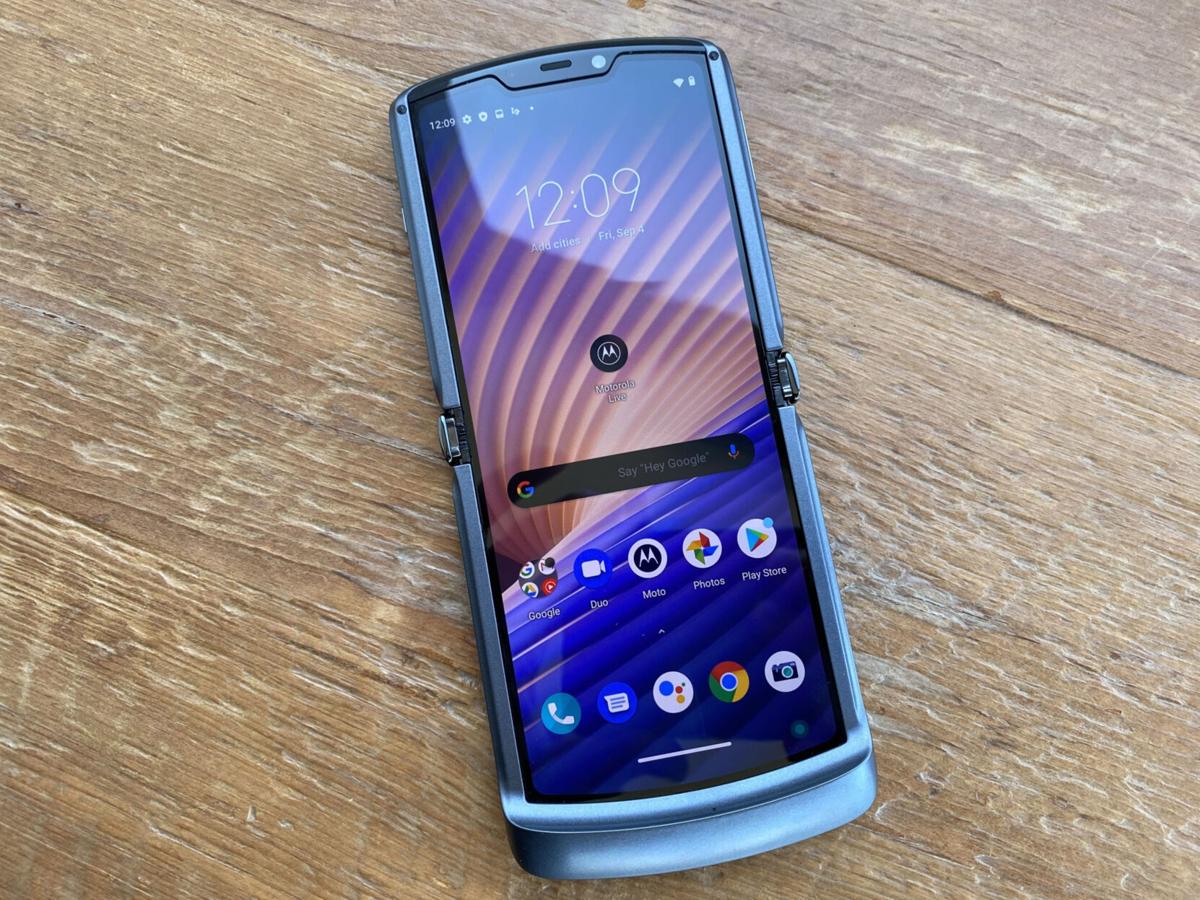 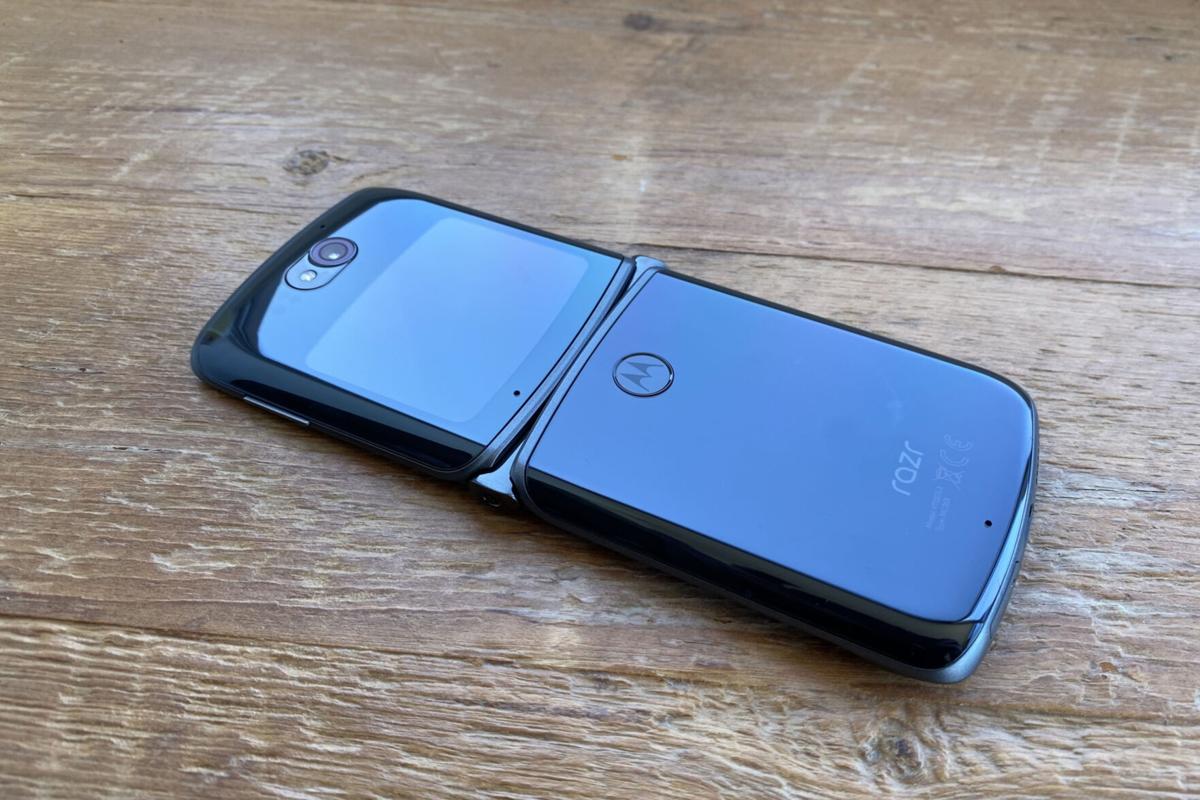 The back of the second-generation Motorola Razr. MUST CREDIT: Bloomberg photo by Mark Gurman

The back of the second-generation Motorola Razr. MUST CREDIT: Bloomberg photo by Mark Gurman

Seven months after launching its first modern reboot of the early-2000s classic, Motorola on Wednesday announced its second-generation foldable Razr and said the first had greater impact on improving its brand rather than sales.

The new Android smartphone continues to give China’s Lenovo Group Ltd. a unique selling point versus the likes of Apple Inc.: a screen that folds in half like a flip phone. Still measuring 6.2 inches, the main display functions like that of any other modern device, but it turns into a compact square when closed, and Motorola has focused on improving the things a user can do with the exterior screen in this new iteration. It also adds 5G wireless capabilities, a faster processor and much-improved cameras.

The Razr brought in more people switching from competing Android brands this year than any other Motorola device, according to the company. 20% of Razr buyers were iPhone or iPad owners, the company added, indicating that the pricey Razr was crossing partisan tech divides and appealing to those loyal to the Apple brand.Priced at $1,399, the 5G Razr is $100 cheaper than its predecessor and also more affordable than the $1,449 Samsung Galaxy Z Flip 5G, its only competition in this nascent class and pocketable size. In an interview, Motorola executives said the first Razr owns 50% of the foldable phone market in North America. In the U.S., the new Razr will go on sale later this year, adding T-Mobile and AT&T to Verizon Wireless as carrier options.

Sergio Buniac, Motorola’s president, told Bloomberg News that sales numbers for the original model were in line with internal projections, though he wouldn’t divulge specifics. He said that the device wasn’t a major portion of the company’s overall sales in 2020, but that the impact was larger than the numbers as it drove new awareness of Motorola as a brand.

The first foldable Razr’s launch just weeks before the coronavirus outbreak in the U.S. hurt the debut, but the company was profitable across all geographies during the quarter from April to June and grew 35% from the previous quarter, Buniac said.

The new Razr feels decidedly less flimsy in the hand than the original foldable, but the screen still emits a slight creak when it opens and closes. It is also a fingerprint magnet and uses a plastic cover unlike its Samsung rival with ultrathin glass.