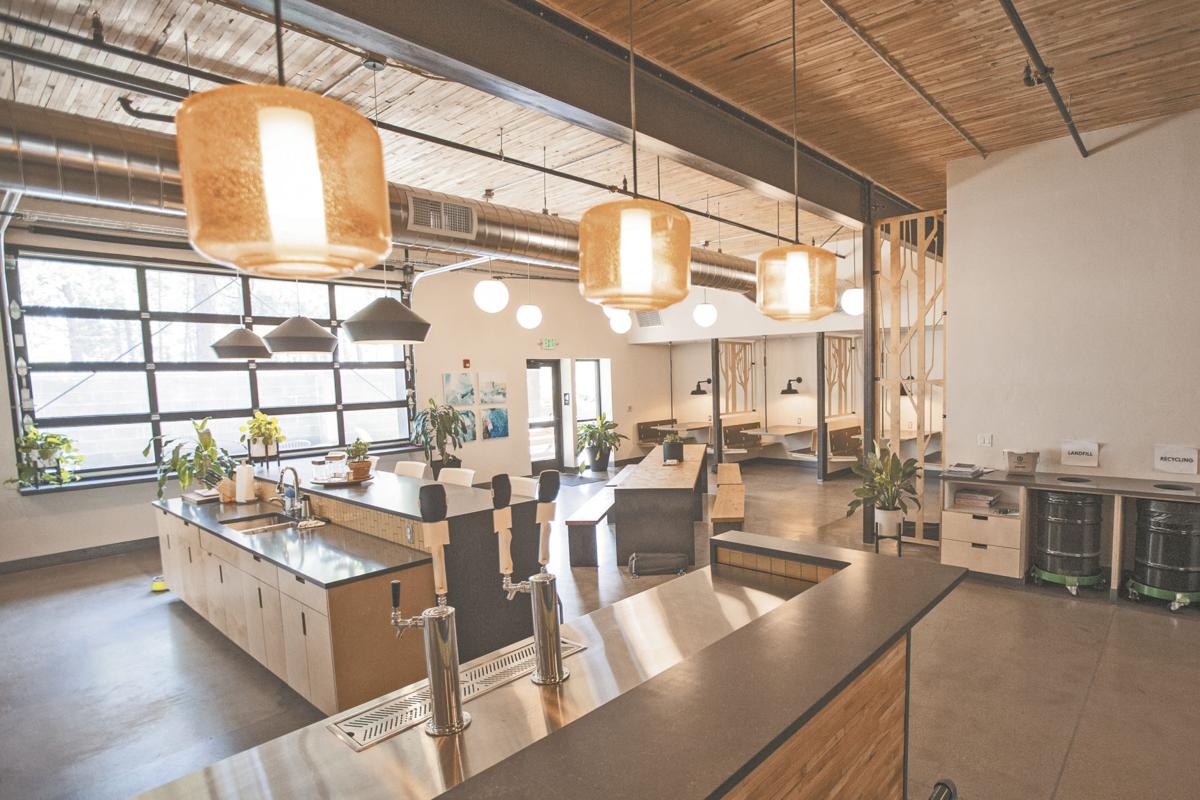 The kitchen and lounge common area that is part of the new coworking space at the Ruffwear headquarters in Bend. (Ryan Brennecke/Bulletin photo) 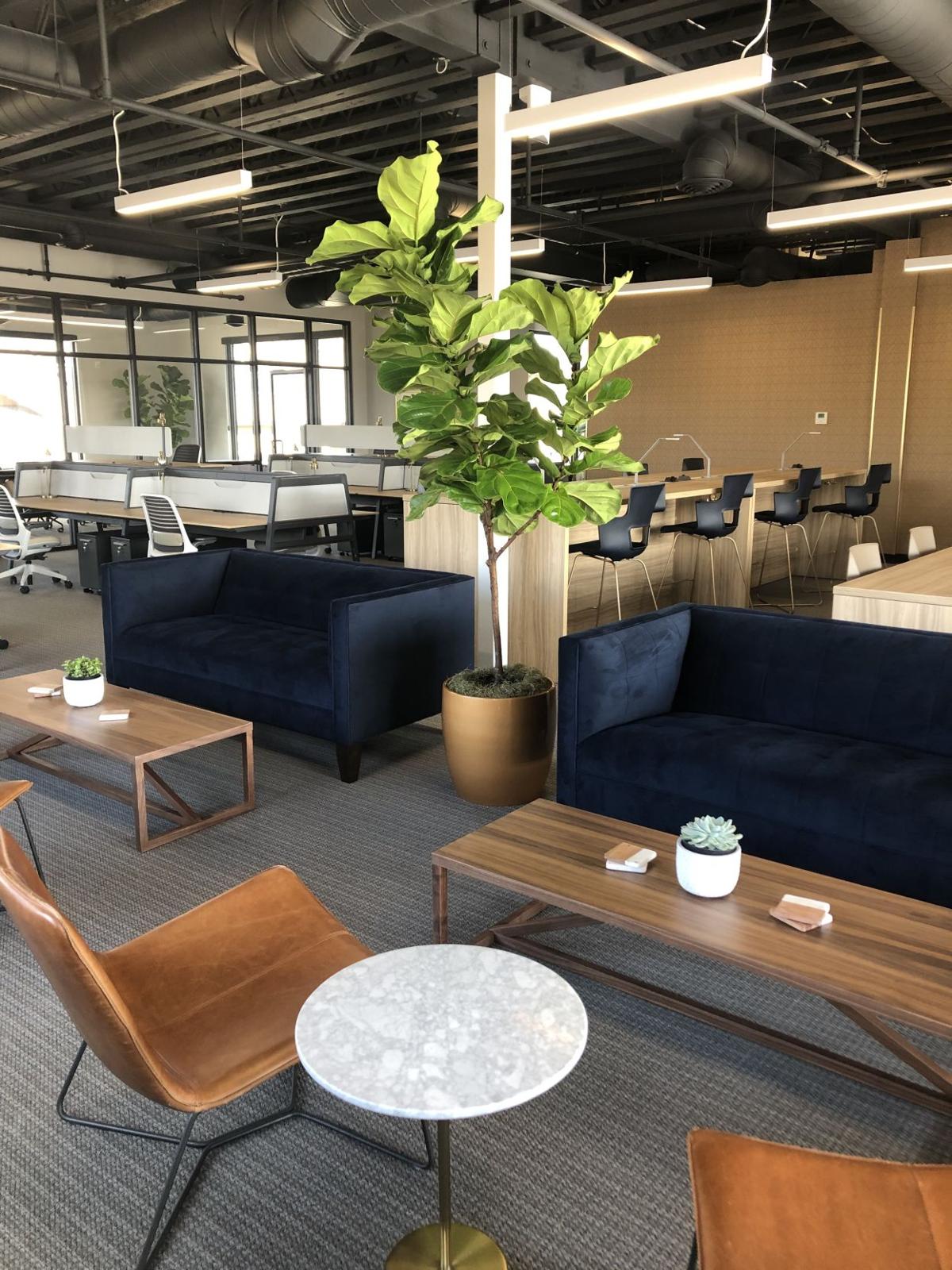 The Collective NWX has shared space for co-working. (Submitted photo) 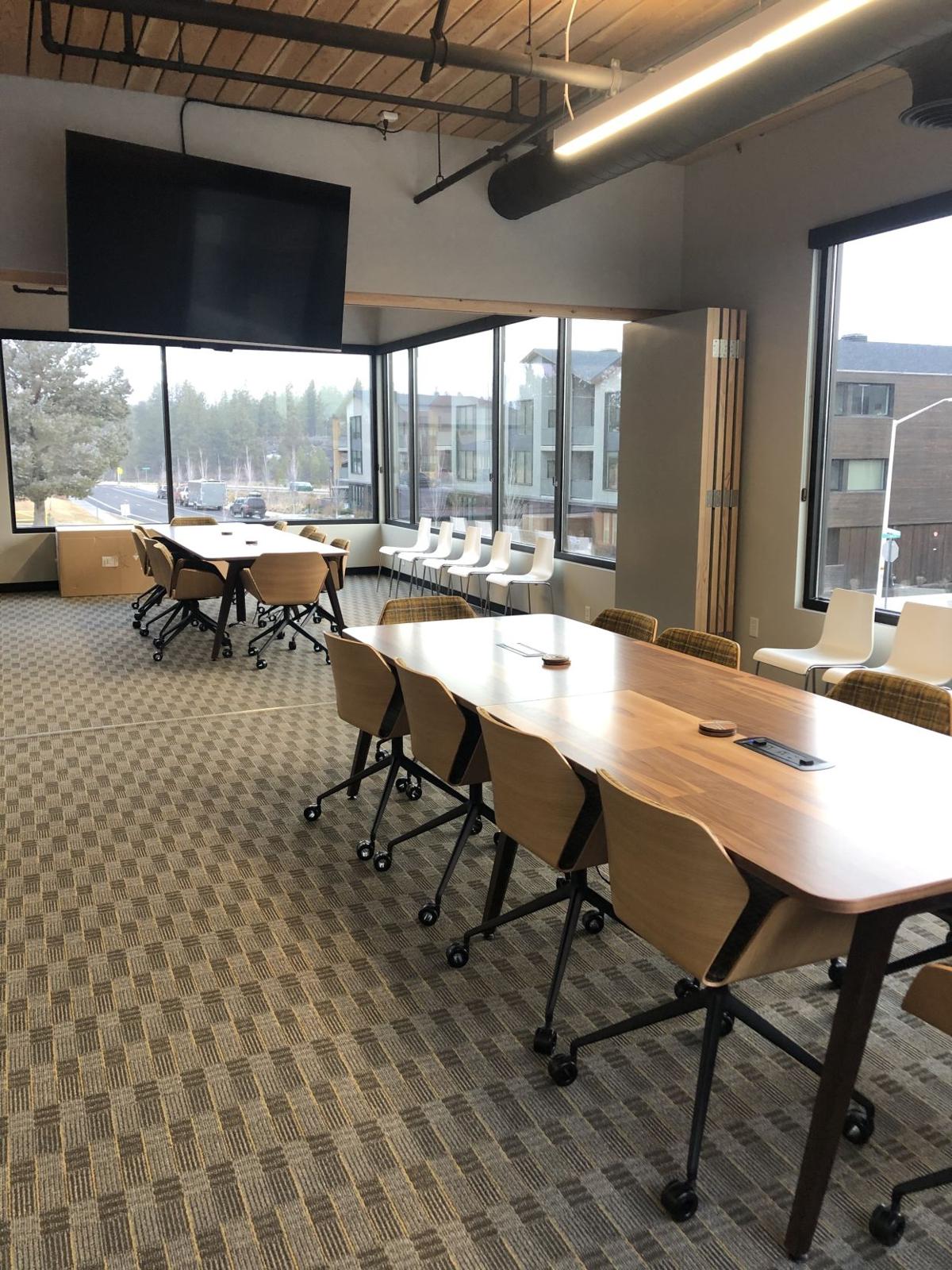 A conference room  that's available to members at The Collective NWX. (Submitted photo)

The kitchen and lounge common area that is part of the new coworking space at the Ruffwear headquarters in Bend. (Ryan Brennecke/Bulletin photo)

The Collective NWX has shared space for co-working. (Submitted photo)

A conference room  that's available to members at The Collective NWX. (Submitted photo)

Remote workers and people who work from home in the Bend-Redmond metropolitan area adding a wealth of expertise to the local workforce and creating more need for coworking spaces.

These people are working in fields like computers and math, architecture and engineering, legal, business and finance, and art and design, said Kale Donnelly, Oregon Employment Department workforce analyst.

The median age of this group is 50.7 years, 57 % have some kind of college degree and the median wage is $45,0000, according to the data compiled by Donnelly and Josh Lehner, an economist with the Oregon Office of Economic Analysis.

“Many of those in Bend (Deschutes) that work from home, have jobs that aren’t available locally,” Lehner said. “So the folks working from home are diversifying the regional economy in that they are bringing jobs and income that otherwise don’t exist locally.”

A robust workforce that either work from home or are remote workers helps diversify the economy, said Donnelly. But they need some place to gather and to find synergy. That’s where coworking spaces come in. In the past five months, three new coworking spaces have opened and one expanded to a second location, bring the total to about a dozen spaces in Central Oregon

“These are the people the coworking spaces are trying to attract,” Donnelly said. “There are quite a few spaces popping up. It’s becoming more prevalent for people to seek out these alternative office spaces.”

Bend is a natural place for remote workers and people working from home, said Roger Lee, Economic Development for Central Oregon CEO. The region has the highest per capita start up rates in the country, he said. EDCO even maintains an up -to -date listing of coworking spaces on its website.

“This proliferation of new coworking spaces, all launched by private-for-profit and nonprofit efforts, is a reaction to Bend and other parts of Central Oregon’s high concentration of nontraditional employment, including remote workers and entrepreneurs,” Lee said in an email.

Kent Odendahl, a co-owner of the Collective NWX in NorthWest Crossing, knows all about remote working. He and his wife, Sara Odendahl, who co-own the coworking space, moved here from Colorado this summer. The Collective NWX opened in January and has 15 members signed up for spaces, she said.

Odendahl represents the 11.5% who work from home, according to the U.S. Census Bureau 2018 data. That’s slightly less than the 2017 data that showed the Bend-Redmond metropolitan area’s share of 12.4%, Donnelly said.

“We think these figures are low,” Sara Odendahl said. “We feel there’s potentially more. There a lot of people who work from home or out of coffee shops, who don’t have a connection to an office space where they can collaborate and work around others.”

Ryan Mauck, a solo practitioner at Mauck Law, is one of The Collective NWX’s members who found coworking space to meet his needs without all the overhead of an office suite.

“Coworking spaces hit the sweet spot for me in terms of providing what I needed without a high price tag,” said Mauck, who moved with his family to Bend this summer. “I have the opportunity to have client meetings and a quiet place to work without the overhead. It also allows me to interact more with other people.”

In 2018, census data showed that St. George, Utah, had the largest percentage of people who worked from home. Coming in second was Boulder, Colorado, at 12.3% and The Villages, Florida, at 11.7%. The Portland-Vancouver-Hillsboro communities ranked 23 in the Oregon Employment Department and U.S. Censure Bureau American Community Survey of metro areas with the greatest share of workers who work from home. The Bend-Redmond metro area has made the list of the top five metros out of a list of 384 areas since 2013, Donnelly said.

“We still have tech startups in our space, but now the growth of the gig economy means that individual entrepreneurs are needing work space,” said Amanda Krantz, executive director for BendTECH, which just opened a second coworking location in NorthWest Crossing in January.

BendTECH has operated a coworking space on SW Emkay Drive for the past seven years, Krantz said. It still maintains that location in addition to the NorthWest Crossing location.

At Embark, a coworking space that opened in September in NorthWest Crossing, the space is designed for businesses and people who are passionate about the outdoors, said Laura Grayson, Embark coworking community manager.

Embark is not the typical coworking space because it only allows for long -term commitment from tenants. The minimum commitment is six months. Typically coworking spaces allow for daily drops or use of space for a set period of time per month.

Since opening in September, it now has a waitlist for one of the 23 offices or 28 dedicated desks at Embark, Grayson said.

“We have a vibe,” Grayson said. “We have a lot of folks who are collaborating and working together. It’s exciting to watch as we turn this into a new hub. We don’t have a transient feel like a coffee shops. Friendships are blossoming. …We bond and interact and create a sense of friendship and community building.”