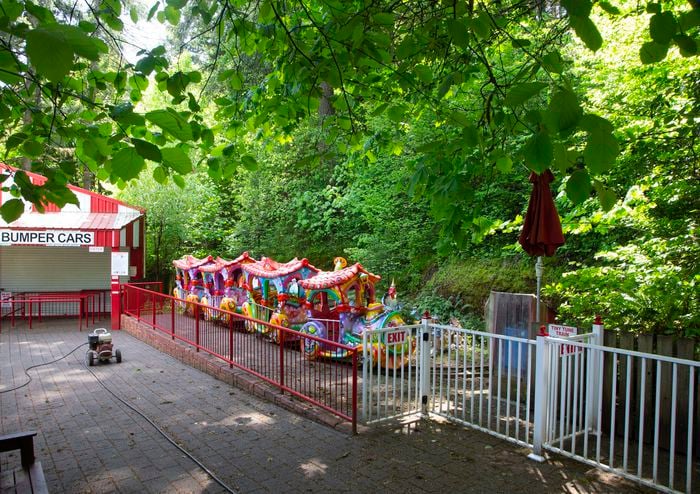 Fallen trees damaged areas of the Enchanted Forest, a woodland amusement park outside of Salem. 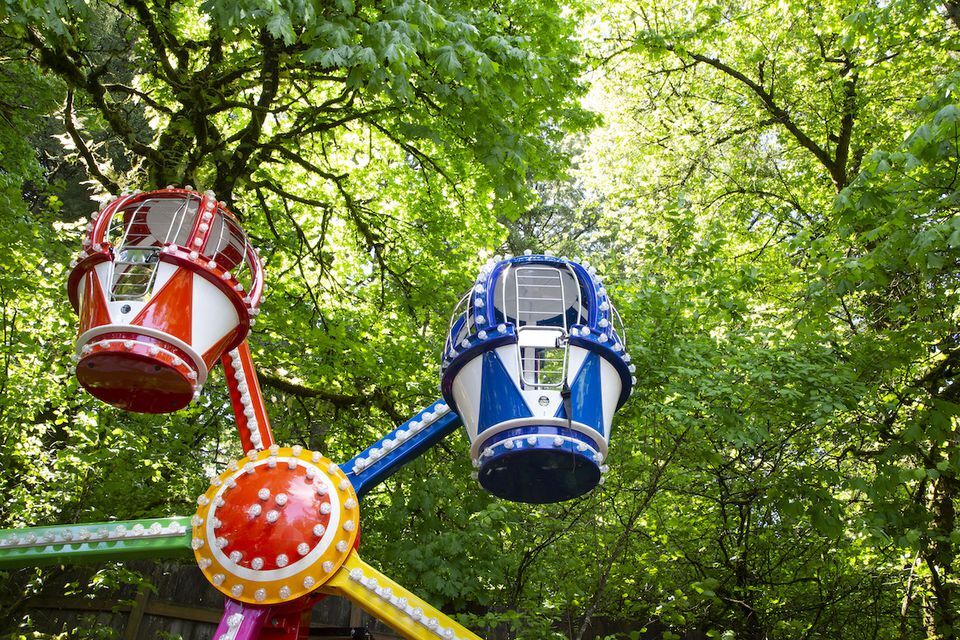 Fallen trees damaged areas of the Enchanted Forest, a woodland amusement park outside of Salem, but the park owner expects it to open as expected March 19, 2021.

Fallen trees damaged areas of the Enchanted Forest, a woodland amusement park outside of Salem.

Fallen trees damaged areas of the Enchanted Forest, a woodland amusement park outside of Salem, but the park owner expects it to open as expected March 19, 2021.

Vaslev also recalled thinking how little could be done to protect the well-loved amusement park south of Salem that her family has owned and operated for nearly 50 years.

“If the trees are going to fall, there is no way to keep them from falling,” she recalled thinking.

She knew the park had been damaged by the storm on Saturday when the fire alarm went off in the Challenge of Mondor ride because the water pipes had depressurized. She drove out to the park, on the slope of a hill, but didn’t go inside out of safety concerns.

From the parking lot, she could see the big Douglas firs and other trees that had collapsed under the weight of the snow and ice.

On Sunday, she was finally able to walk through the park to survey the damage.

The kiddie train was completely crushed under a fallen tree. The covered seating area by the theater was also crushed.

Roofs of buildings throughout the park had been tattered by falling branches.

While the park was damaged during a similar storm over a decade ago, Vaslev said this is worse.

“The whole park is a war zone, disaster area,” said Vaslev. “There is a ton of cleanup. I’ve never seen it this bad.”

The full picture of the damage to the park is still emerging. Vaslev said the Ice Mountain Bobsleds and Big Timber Log Ride are both covered in fallen trees that will have to be carefully removed to prevent causing further damage.

But Vaslev said it’s not all bad news. Some of the more iconic figures in the park, such as Humpty Dumpty and the witch’s head, are intact, she said. The English Village and Tofteville western town are also largely unscathed, she said. So is the Challenge of Mondor, despite the fire alarm, she said.

The family will also have some money for repairs.

In December, the Tofte family, which owns the park, announced they’d raised enough money to open for another season.

In response to a precipitous drop in visitors last year caused by the pandemic, the family began selling park memorabilia and asking for donations to stay open.

The money raised means the park has been able to keep its insurance policy, said Vaslev. But she said there is still a high deductible, and it’s not clear what insurance will cover.In the meantime, she said the park is still taking donations while hoping to keep its March 19 date to open for another season, she said. For now, she said it all depends on how soon the big trees are removed.