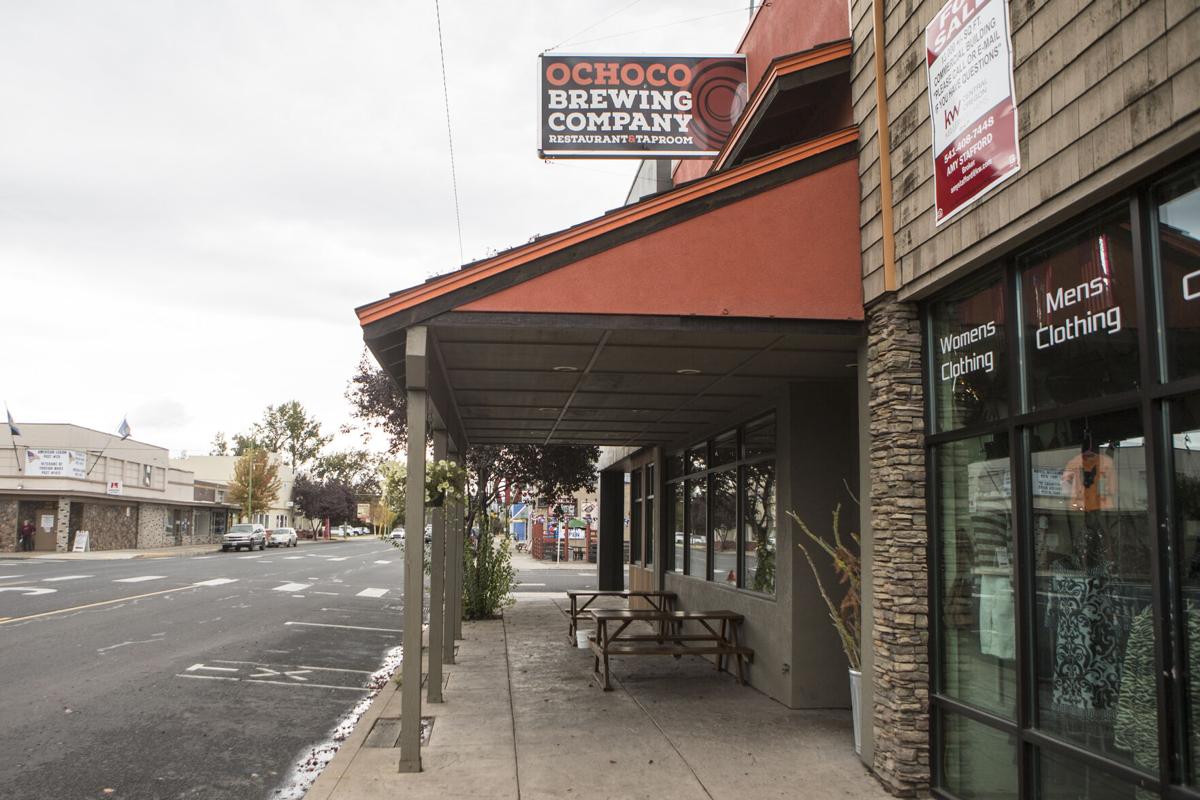 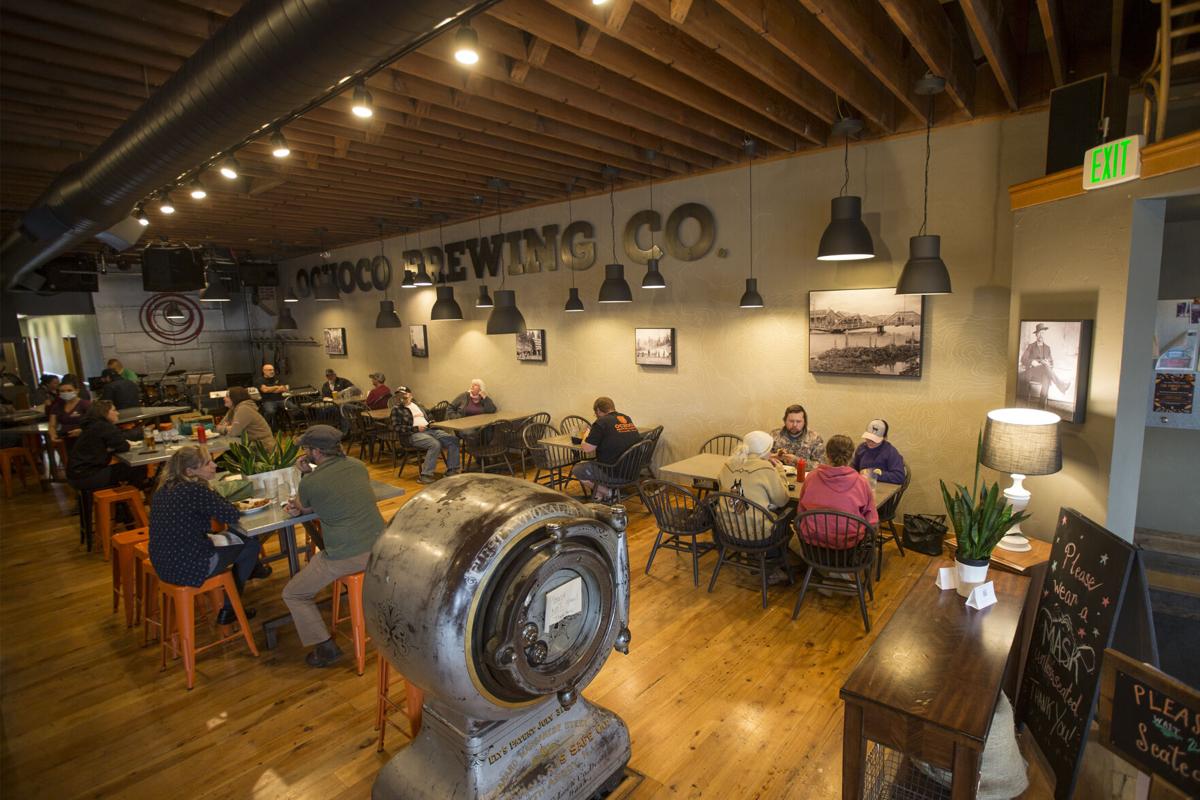 Patrons fill the Ochoco Brewing Company in Prineville during its last day of operation on Saturday, Oct. 10, 2020. 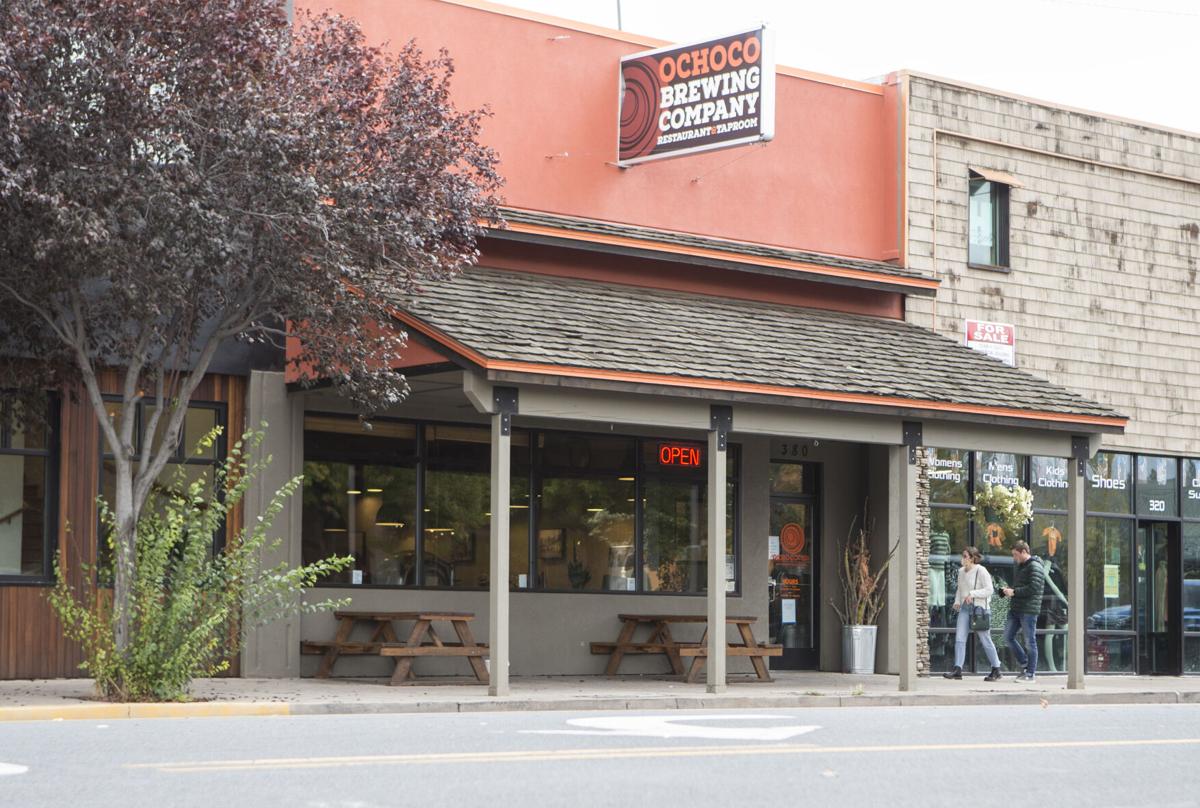 Patrons fill the Ochoco Brewing Company in Prineville during its last day of operation on Saturday, Oct. 10, 2020.

Joseph Barker spent the past decade building up one of the most recognizable business names in Prineville. In just a few months, all that hard work was pulled out from under him by the coronavirus pandemic.

Barker was hopeful that his business would survive Gov. Kate Brown’s COVID-19 restrictions, but the revenue lost during the second half of summer proved too much to stay in business.

“We haven’t been anywhere near the volume we need to keep going, and if we keep going we will just be past our eyeballs in debt, and be totally bankrupt, eight ways from Sunday,” said Barker, who opened the brewery in 2011 on North Main Street in downtown Prineville.

Barker’s story is familiar to many in the brew-pub business, as craft beer makers and pubs struggle to make a profit amid statewide social distancing and mask orders.

Sales of canned and bottled beer have remained strong during the pandemic, which has helped the larger, well-established breweries, but small craft breweries that rely on draught beers and food sales from taprooms and pubs have seen revenues plummet.

“Small brewers rely far more on draught sales and at-the-brewery sales,” said Bart Watson, chief economist for the Brewers Association, a non-profit trade association. “Draught distribution is bigger than package sales for most brewers, and the majority of breweries get most of their revenue from at-the-brewery sales.”

Nationwide, craft beer sales by volume were down 10% during the first half of the year, said Watson.

“A lot of breweries are weighing their options,” said Watson.

Many small businesses that have survived the COVID downturn have been assisted by government subsidies such as the Payment Protection Program. Some have suspended operations or are closing permanently.

“I have been brewing beer for 46 years and this is the toughest year I have ever had, its ugly,” said Larry Sidor, founder and master brewer of Crux Fermentation Project.

Ochoco sold 90% of its beer in draught form and lacked the resources to make a larger transition to cans and bottles, said Barker.

“It seems like an easy thing to do but it actually takes a lot of money and work," Barker said. "We didn’t have any real capital to make anything happen.”

Without more packaged sales, Ochoco relied on its brewpub for revenue. Restrictions on seating capacity were a problem, but the nail in the coffin was the mask requirement, said Barker.

“We were able to catch up (on rent payments) in June, when we reopened, but when the mask restrictions went into effect it was just awful, it was a major deterrent for people,” said Barker.

“We are a brewpub and we do a lot of live music and community-based stuff. You show up, get a beer at the bar, and walk around, find a table full of friends. (Now) people are scared to have those kinds of interactions, especially indoors,” he said.

On a typical night a year ago, 80 to 90 people would visit the pub for a live music event, and down some pints. In recent weeks, live events would only draw about 30 people, said Barker, who employed 12 workers. The reduced clientele slashed the pub’s revenues by 65% compared to a year ago.

“We are a brewpub model and we survive off food and beer sales, that’s our most profitable market,” said Barker. “We sell 90% of our beer out of our pub, we have just been totally crippled by whatever people believe about the virus, and about the risks of going out.”

Barker said the brewpub made most of its profit during the summer. He then used those summertime profits to pay off debts and make payments through the slower months of winter. With summer now finished and no profits to spend, Barker couldn’t see a path forward into 2021.

“The numbers aren’t there and we are all pretty worn out,” he said.

Ryan Duley, director of sales and marketing for Sunriver Brewing Company, appealed to the public to help local breweries survive the pandemic.

“I know during hard financial times folks have a great reason to buy less expensive beer from bigger breweries. The artisan crafts like craft beer tend to suffer,” said Duley. “Hopefully we can all see the other side of this if people can afford to spend a little more on craft so we can all weather the storm.”

Barker is now in talks with investors to sell the brew-making equipment and anticipates being involved with handing off the business to the new buyer. He hopes that by next year another pub will exist in the same spot under a different name.

“Someone will open a restaurant and keep building on what we started, that is my goal, so we don’t have to dismantle everything,” said Barker. “I would like to see it go to someone who can sit on it for a while and wait (the pandemic) out and go roaring into the future.”