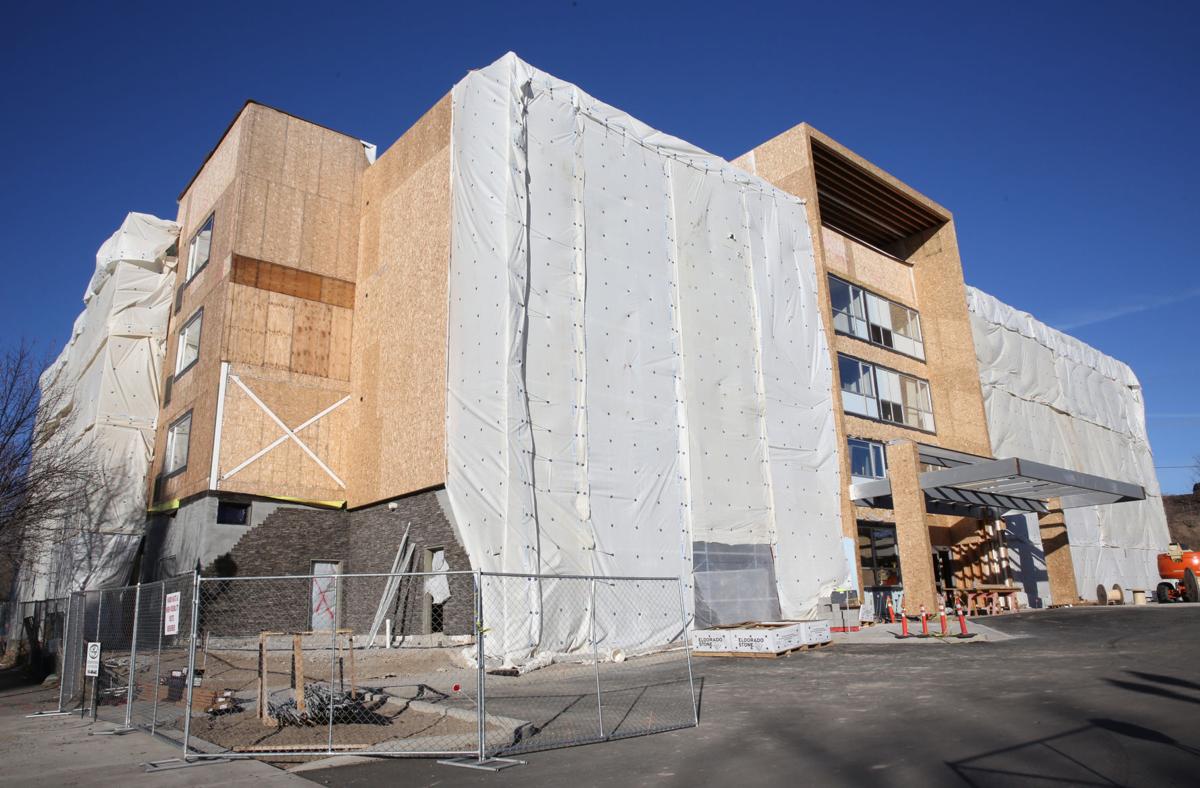 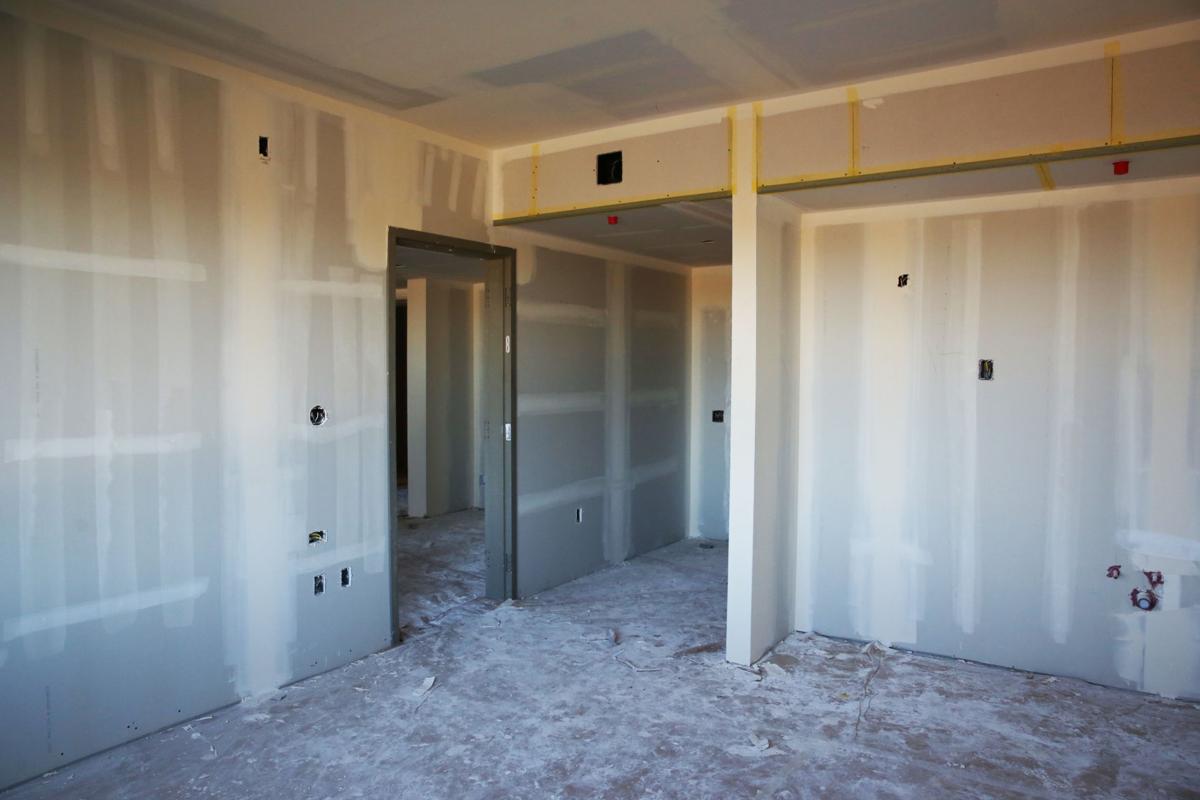 An unfinished room in the Element by Westin Bend being built on NW Wall Street. (Dean Guernsey/Bulletin photo) 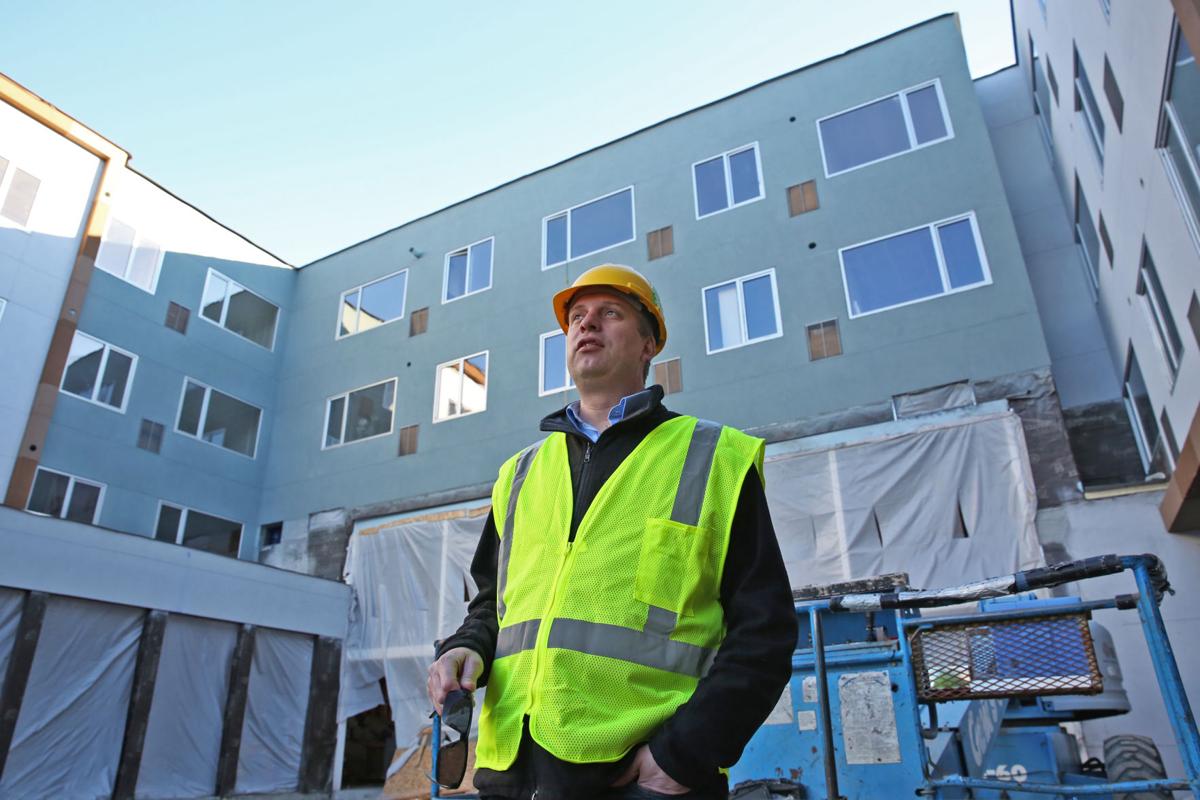 Eric Rock, general manager of the new Element by Westin Bend, stands in the courtyard area of the hotel. 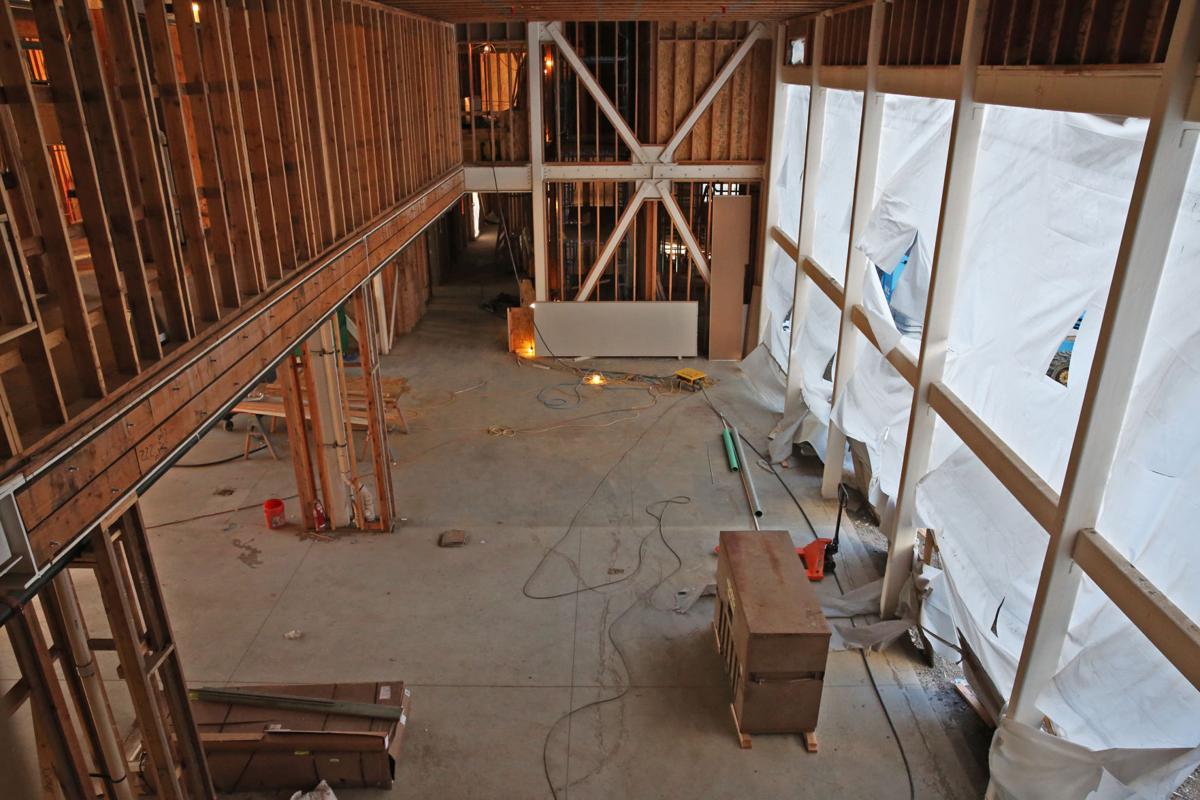 The lobby area is under construction in the Element by Westin Bend being built on NW Wall Street.

An unfinished room in the Element by Westin Bend being built on NW Wall Street. (Dean Guernsey/Bulletin photo)

Eric Rock, general manager of the new Element by Westin Bend, stands in the courtyard area of the hotel.

The lobby area is under construction in the Element by Westin Bend being built on NW Wall Street.

By January 2021 more than 300 new hotel rooms will be built or remodeled and renovated in Bend.

Some in the industry are bracing for impact, but others see the new hotels coming on line as offering unique visitor experiences.

There’s a lot to Bend that is desirable to visitors and investors, hotel operators say.

They point to hotel occupancy during the summer months that hovers near 90%, and even in the months December through February, average hotel occupancy is about 50%. It’s those kinds of occupancy rates that hotel investors find attractive. Two years ago, when a similar amount of hotel rooms came on line, there initially was a drop in occupancy as visitors had more options to choose from.

“If we do our job right, it will be a short-term bump,” said Kevney Dugan, Visit Bend CEO. “Will hotels see a negative impact during the summer months, that’s our question. At some point we might have to think about if we need to start marketing for summer again.

“I don’t see us changing our strategy any time soon.”

After the Best Western Premier Peppertree Inn off SW Century Drive and the Residence Inn on SW Bond Street opened in 2018, the hotel industry took some time to readjust, said Alison Hoyt, STR senior director of consulting and analytics. Initially, the amount of hotel room supply increased 5.3% in 2019, Hoyt said. While demand continued to grow in Bend, it wasn’t able to keep pace with the new supply. Occupancy fell 3.6% in 2019, she said.

“Demand is still growing, but it’s not able to keep up with the supply,” she said.

“The fact that you continue to see development happening, would indicate you’ll see the rates rising, even with new product,” Hoyt said. “That’s been the trend that we continue to see. ”

One new hotel developer is custom building the Element by Westin Bend on NW Wall Street, a four-story building overlooking Pioneer Park. Owned by 1526 NWW LLC and developed by Sycan B Corp., the Element will open its 112 rooms in June, said Eric Rock, hotel general manager. It will be the first Element hotel in Oregon, Rock said.

Initially, the hotel was to be operated under the Starwood flag, but with the acquisition by Marriott, it will be operated as a Marriott and managed by Mereté Hotel Management. Mereté also will manage and operate a Holiday Inn Express on the south side of Bend off Murphy Road.

“Our focus is catering to healthy, active guests here on extended stays,” he said. “The Element Bend seeks out are guests who see a different kind of travel.”

There won’t be any bottled water on the property, but filtered water available in all the suites. Reusable containers will be for sale and encouraged at the hotel. The decor will feature recycled products. And while the building isn’t considered LEED Certified, a green building certification, it will be third party certified as a sustainable building, Rock said.

“There will be lots of huge windows to let in the natural light, which uses less energy. We will be using natural wood in the Element that is locally sourced,” Rock said. “With this building, we’ll be gentrifying this end of town.”

Rock didn’t believe that the industry would be flooded with new hotel rooms, especially with the strong demand in the summer months. The new hotels may even drive new visitors to Bend because they will want to stay in the new places, he said.

Not every hotel developer, however, is bullish on Bend. The Hallmark Extended Stay Lodge was permitted by the city on 27th Street and Conner’s Avenue, but rising construction costs canceled the project, said Ric Rabourn, Hallmark Inns & Resorts president and CEO.

“We decided not to proceed with the project and are in the process of selling the site,” Rabourn said. “It took several years to put everything together and in that time period, all the costs related to the project had increased. It made it no longer feasible to build the project.”

Another hotel project coming in is the Home2 Suites by Hilton going up on SE 27th Street and Livingston Drive. Developed by Bend Lodging Group, the hotel will have 115 rooms and is an extended stay hotel and is just 1.5 miles from St. Charles Bend.

“Bend continues to see strong demand in the summer, and we expect that to continue to expand during the shoulder months,” said Liz Dahlager, vice president of market intelligence for Mereté Hotel Management. “We also are looking at other demands to generate travel, medical and corporate travel from people moving into the area.”

Seeking an answer to the affordable hotel room "crisis".