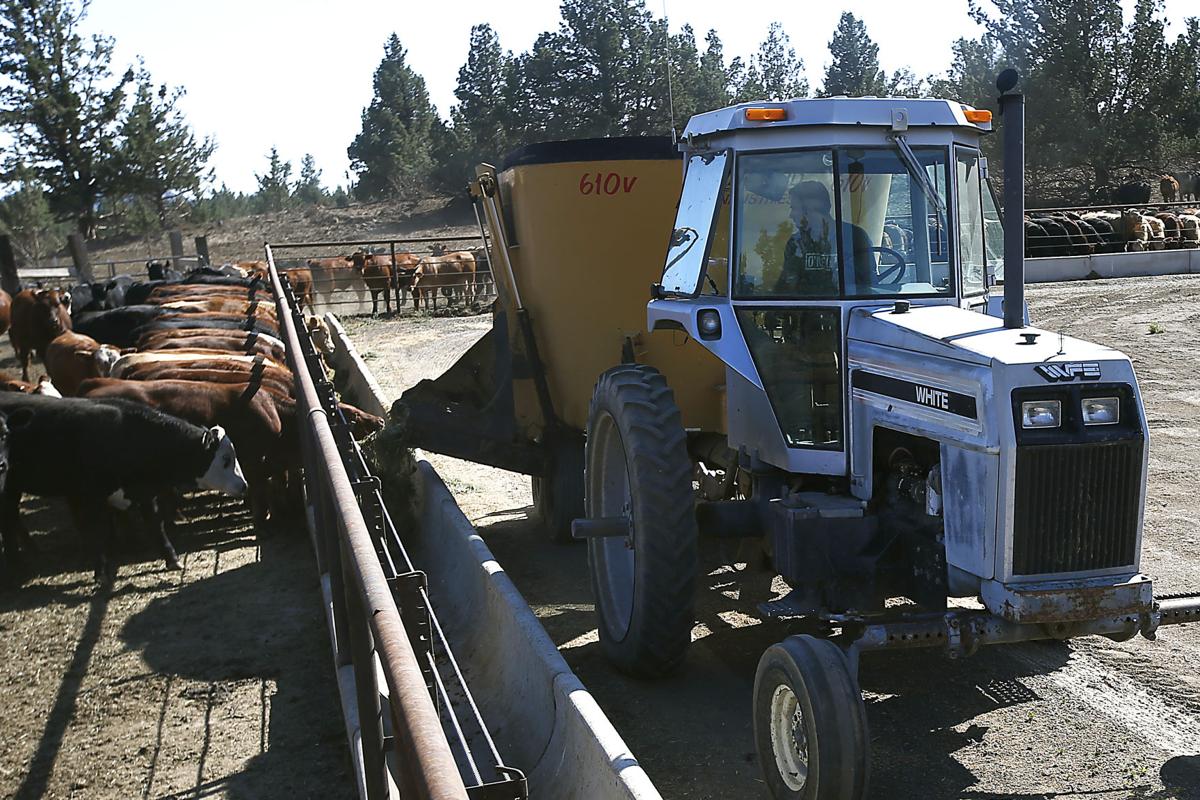 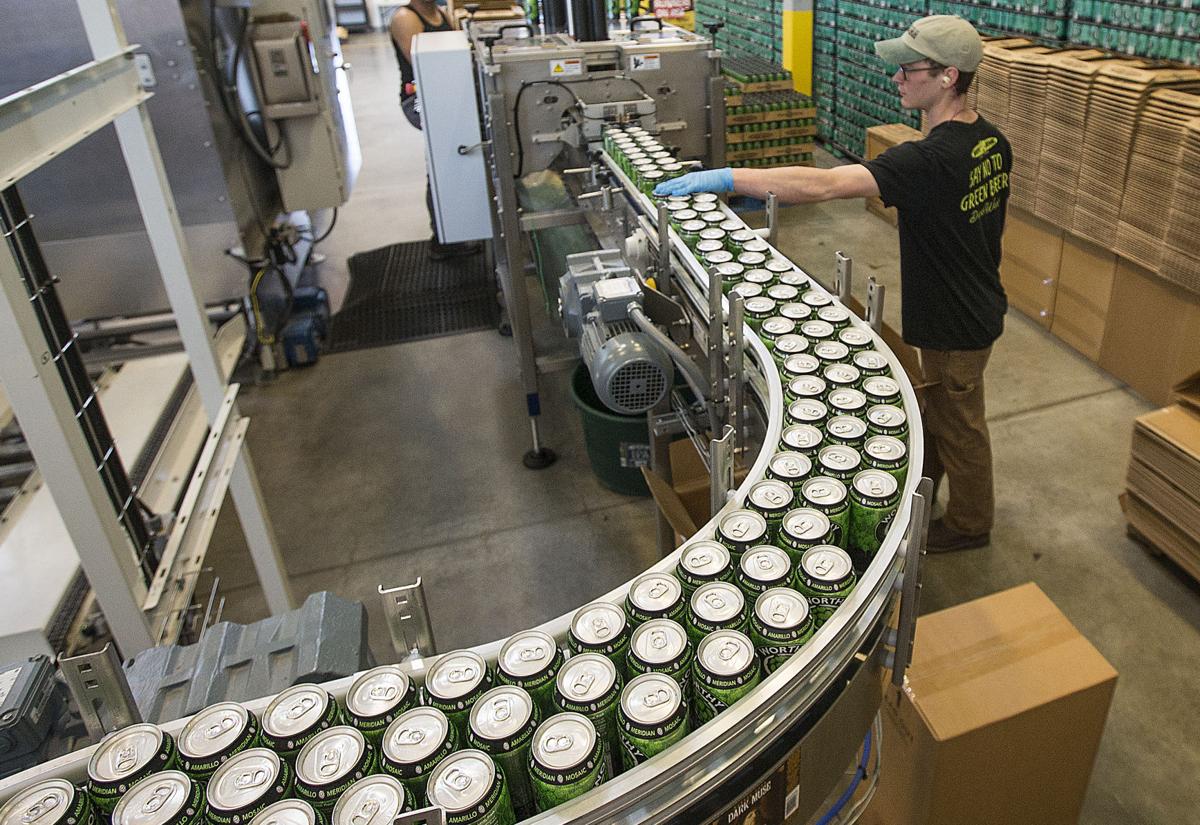 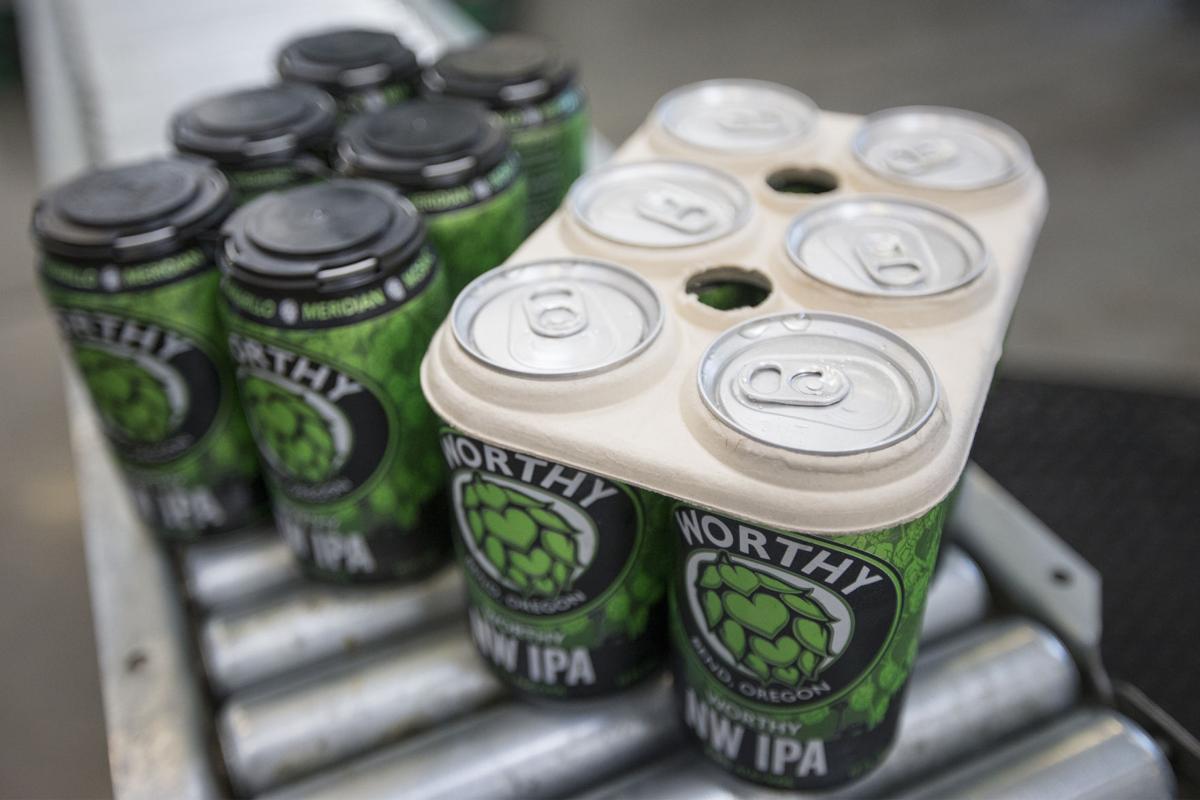 Worthy Brewing is currently looking at eco-friendly alternatives that includes a six-pack can carrier made from spent grain. 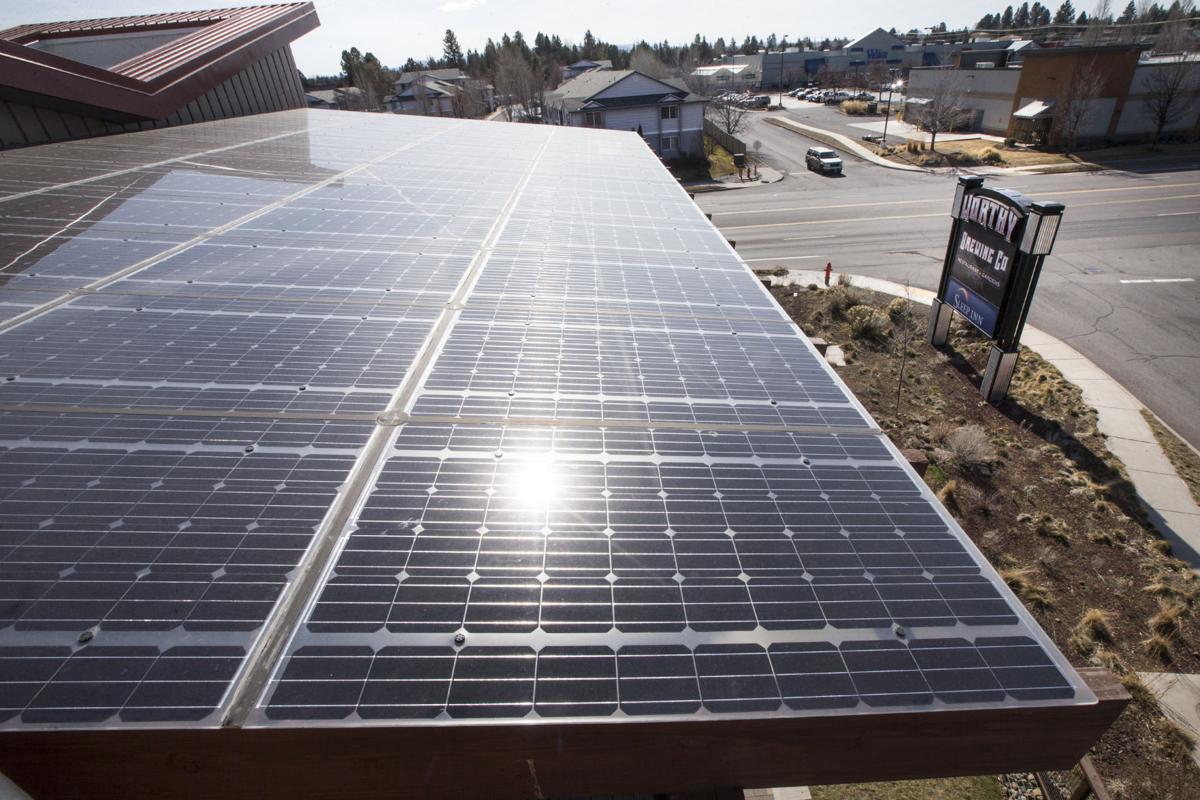 A section of the solar panels installed on the roof of Worthy Brewing the business installed to help minimize it's carbon footprint. 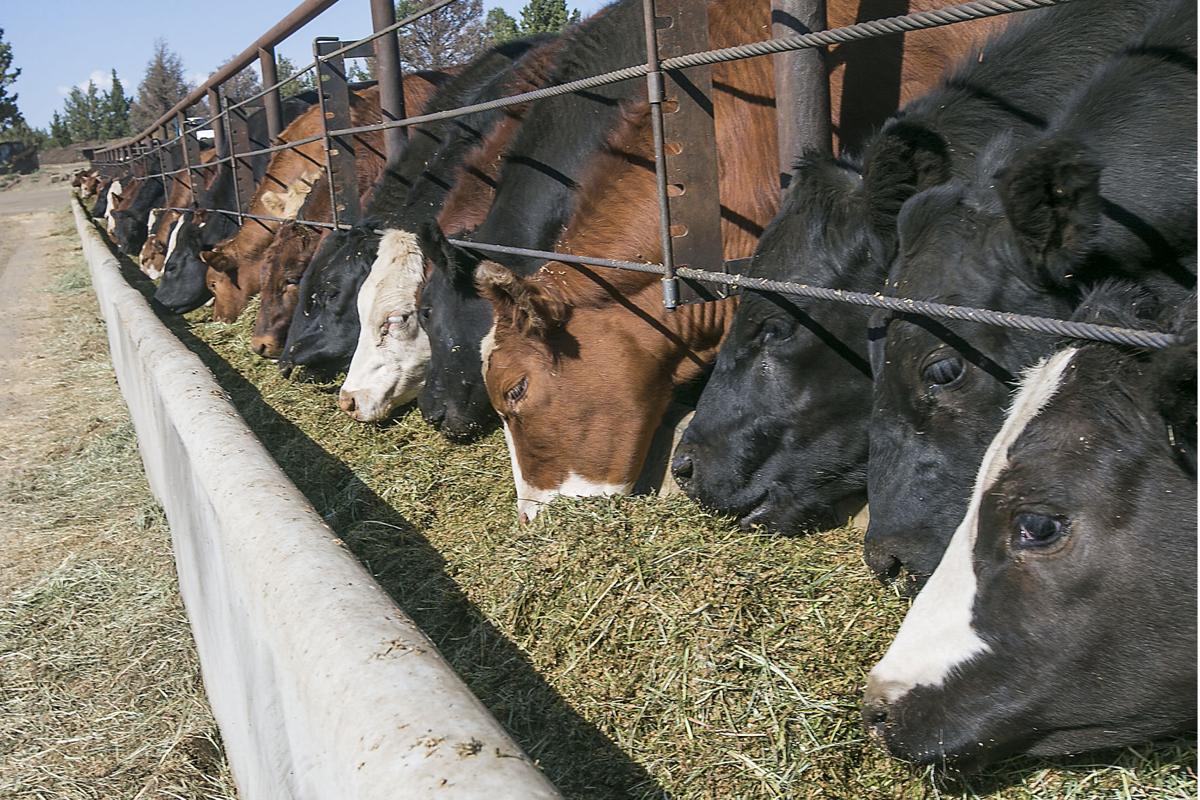 Worthy Brewing is currently looking at eco-friendly alternatives that includes a six-pack can carrier made from spent grain.

A section of the solar panels installed on the roof of Worthy Brewing the business installed to help minimize it's carbon footprint.

Bend brewing companies are mindful of the three R’s: Reduce, recycle and reuse.

For some, it’s part of their corporate structure and their company DNA, for others it makes good business sense. But the brewers leave nothing to chance.

From evaluating the cost of a small label glued around the neck of a beer bottle at Deschutes Brewery to researching the greenest way to print cans at Worthy Brewing, Bend brewers want to do their part to minimize their environmental footprint.

The 24 craft breweries in Central Oregon are not unique in their quest for conservation and sustainability, said Bart Watson, the chief economist at the Brewers Association, a nonprofit, Colorado-based trade association. Sustainability is important from a business standpoint and it’s part of the culture of craft brewing, Watson said.

“For some brewers, it’s part of their ethos, and it’s something that customers like,” Watson said. “It resonates with customers. People want to buy from a business that does good by the people and the planet.”

At Deschutes — the 10th-largest craft brewer in the nation — these three R’s are pillars of the company’s culture, said Michael LaLonde, Deschutes Brewery’s CEO.

From the beginning in 1988 with founder Gary Fish, the company’s mantra is about having a passion for craft beer, the community and the outdoors.

“Those are the things we stress all the time in our culture, and they affect the way we approach business,” LaLonde said. “People care who they buy from. It matters to the customer.”

So when an employee pointed out that the brewery was tossing 97,000 bottles of beer a year because the neck labels were not glued on right, the brewery decided that they’d eliminate them.

A few miles away, at Worthy Brewing, a youthful team of managers is constantly looking at ways to shrink its footprint.

At the brewery’s main pub, on NE Bellevue Avenue, the wood used to make the bars and tables was repurposed from the Oregon Hospital for the Insane in Portland after it was torn down. The brewery is powered by 117 solar panels that help heat the water in the brewing process. And the team is constantly evaluating its packaging, looking for more renewable sources, said Adam Foster, Worthy’s marketing director.

“Everything we do is the view of Roger (Worthington),” said Kody Osborne, director of environmental affairs Worthy Garden Club, which is a nonprofit educational initiative.

For years, brewers have given their spent grain used to make beer to cattle farms to fatten cows. But now, some also give away their beer wastewater to ranches for fertilizer rather than inundating city sewer systems. And recently, many have begun composting table scraps, called post-consumer waste.

“It is more costly, but the effort is worth it,” said Brian Chapman, Worthy Brewing quality assurance manager.

Being sustainable also helps breweries stand out in the crowded field of craft brewing, Watson said. With more than 7,000 craft brewers in the county, each has a story to tell. That’s easy to do, Watson said, when the sustainability practices are genuine.

In Oregon, it’s particularly dense in the beer brewing industry. In 2018, there were 284 breweries operating, producing more than 1 million barrels of craft beer a year. That puts Oregon No. 9 in beer production in the country, according to data provided by the Brewers Association.

Every part of the beer manufacturing is tinkered with. One brewery uses thinner glass bottles and tighter shipping boxes. Another uses thicker glass bottles that are refillable. At Deschutes, it uses renewable energy through the Blue Sky program. And at Worthy, they plan to plant 1 million trees over the next three years through its Operations Appleseed program.

“Overall, our footprint is larger with the refillable bottles, but we can do 25 refills per bottle,” Chapman said.

Finding a solution to eliminating and reducing the plastic of six-pack holders has led to some companies using the Eugene-based PakTech holders that are made from milk jugs. But these six-pack holders cannot be recycled in Deschutes County.

At Worthy, even with some customer incentives, they’re looking at alternatives that include a six-pack carrier that comes from spent grain pressed into a holder. The brewery will test out these carriers with the launch of its Tenmile Lager on Earth Day.

“We want to be forward-thinking enough to take the risk on something like this,” Foster said. “We’re learning what consumers will do. We’re learning the reality vs. the hope We’re at a perfect size and are nimble enough to be out there and make mistakes.

“Earth first, beer second. We’re trying to be good for the world.”

The quest for sustainability is the same at Sunriver Brewing where the company pays workers to volunteer in the community or for companywide projects, said Ryan Duley, director of sales and marketing.

“The owners (Marc and Karol Cameron) are philanthropists at heart,” Duley said. “He used this platform to help environmental and sustainability issues. That’s what attracted me here. Since then we’ve hired like-minded people.”

The goal, as always, with the breweries, is to move to more sustainable packaging.

Rob Rastovich is a Bend farmer who benefits from the recycled spent grains. The grain helps create the marble effect in beef, giving it flavor, he says. The beer water goes on his field as fertilizer.

“We’re doing two things simultaneously,” Rastovich said. “We’re providing a service to the breweries. They need to dispose of the grain. It can’t go to the landfill or the sewer. And it provides supplement feed for our cows.

“It’s a circle of life thing.”