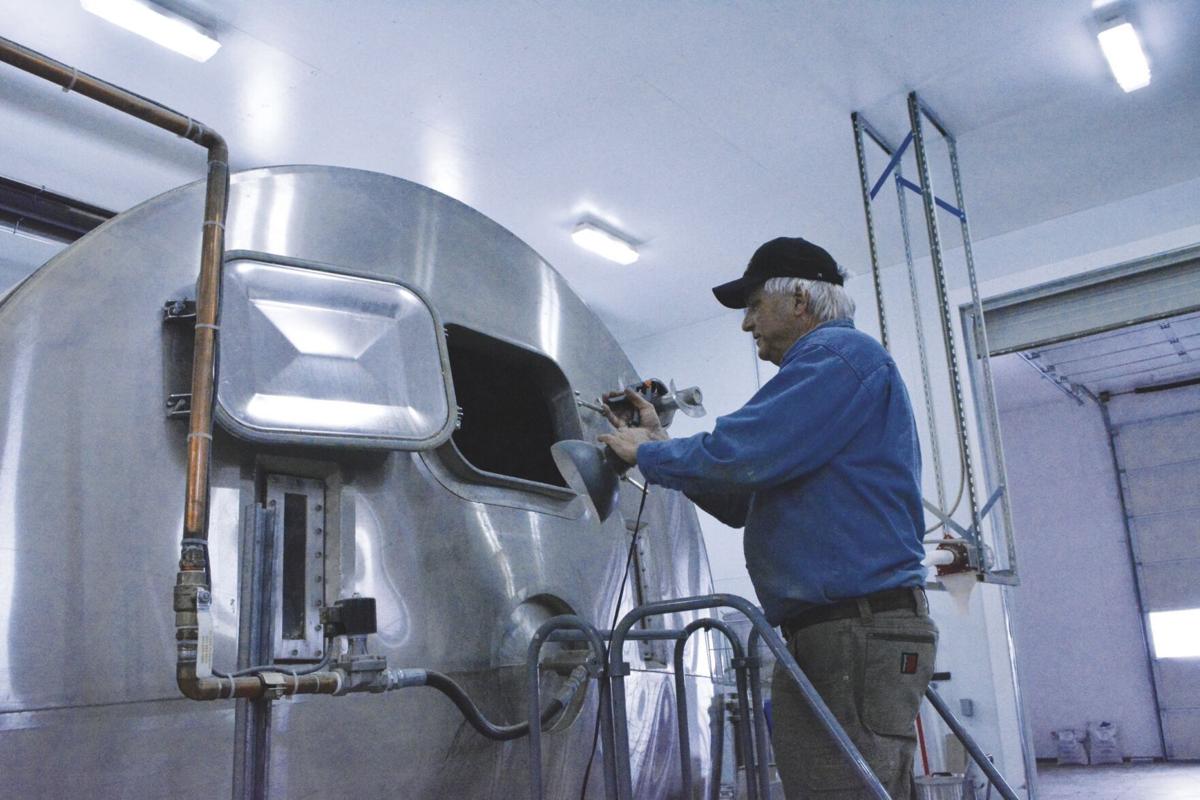 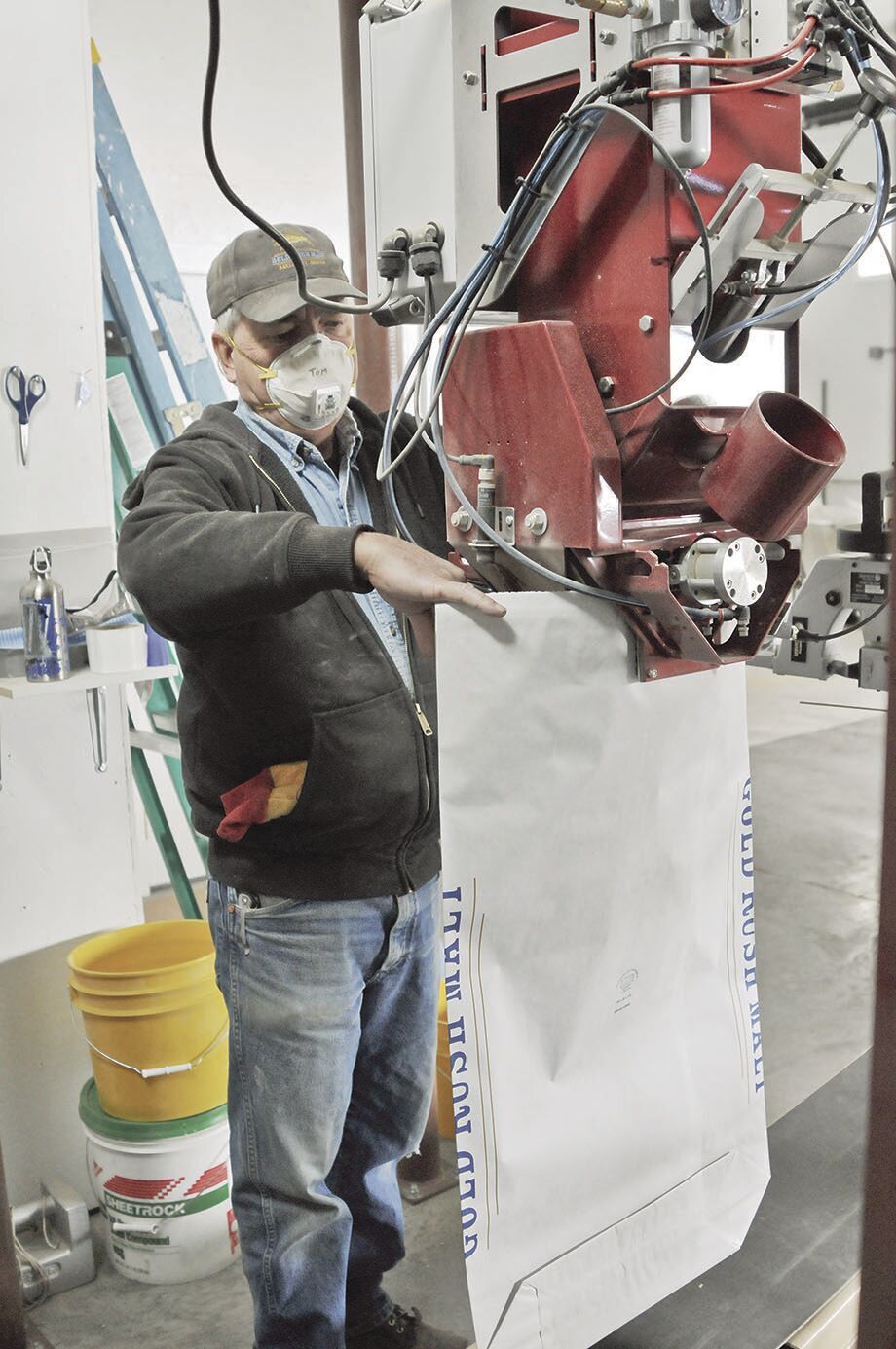 Tom Hutchison, shown here in 2018, fills a sack with malted barley at his business, Gold Rush Malt, in Baker City. 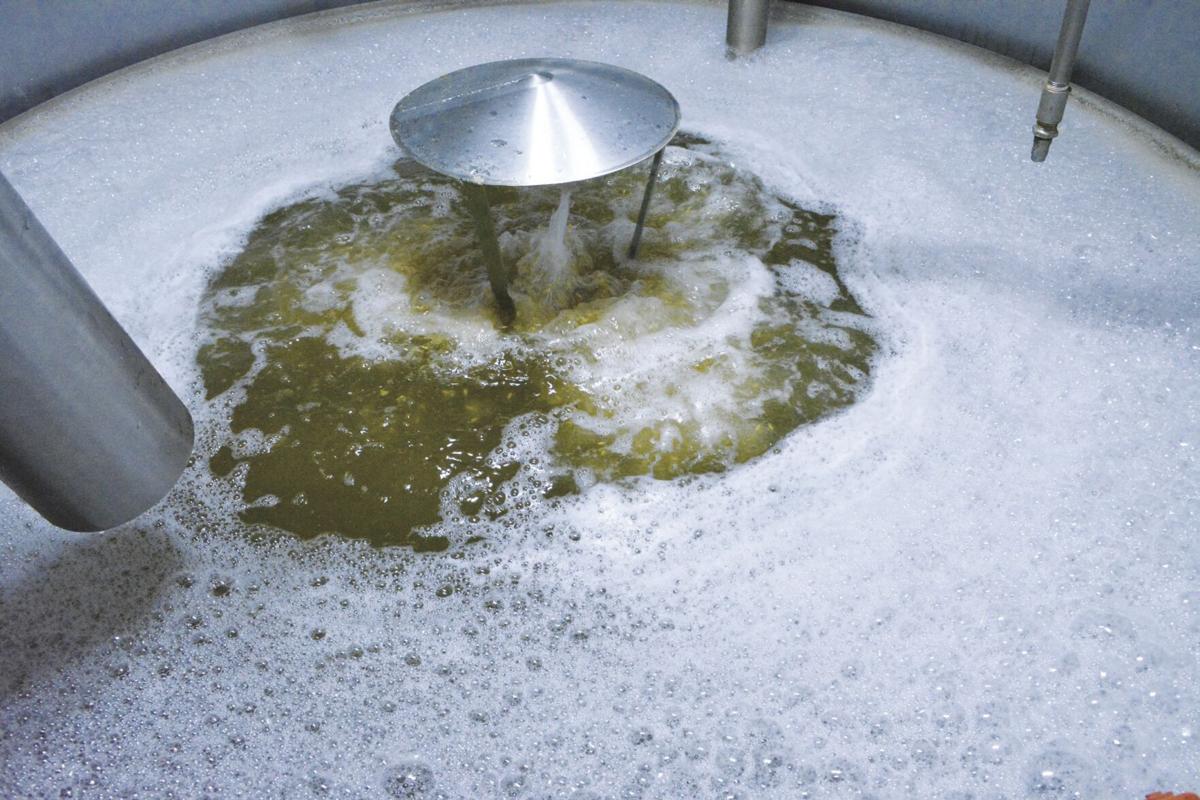 The steeping process, in which barley soaks in aerated water, increases the kernels’ moisture content from about 8% to 44% and triggers germination. The barley is then transferred to a germination kilning drum, where the kernels are dried and germination is halted.

Tom Hutchison, shown here in 2018, fills a sack with malted barley at his business, Gold Rush Malt, in Baker City.

Tom Hutchison, who started Gold Rush Malt in 2016, won gold medals for both his pilsner and pale malts Feb. 12 at the conference put on by the Craft Maltsters Guild.

He’ll also be caretaker of the traveling Malt Cup Trophy for the next year as recipient of the best of show award. Malting barley is a key ingredient in beer as well as many distilled spirits such as whiskey and vodka.

Hutchison said he knew he had won at least one award. Officials from the guild told him that in advance to ensure he would be watching the awards ceremony, which, like the rest of the annual conference, took place remotely due to the COVID-19 pandemic.

But when he heard his name called not once but three times, he was, he admits, “just stunned.”

He was the first malter to win two gold medals in a single competition, according to the Craft Maltsters Guild.

Hutchison competed against 27 other malters from seven countries, 17 states and one Canadian province.

Each of the 46 samples of malted barley was evaluated in multiple ways.

Then, judges at 17 sites around the U.S. and Canada compared the entries’ aroma and flavor, including nibbling on the kernels.

Finally, in the last round, additional judges reviewed the lab results and the other judges’ findings to pick the winners.

In all, 83 judges participated, according to the Craft Maltsters Guild.

Hutchison said he was pleased not only with the recognition from his industry, but because the awards validated his efforts to improve every batch of malted barley based on the feedback he gets from the brewers and distillers who buy his product.

“I’m always tweaking the process to make a better quality malt,” he said.

Hutchison buys his barley from Cornerstone Farms, operated by the Melville family in Wallowa County between Enterprise and Joseph.

“It’s a variety of barley that does really well in these high mountain valleys,” Hutchison said. “That’s the key.”

He said he’s a small-scale malter, processing 55 to 60 tons of barley per year. That equates to about 20 acres of the grain, Hutchison said.

He has about 10 regular customers, including Barley Brown’s brewery in Baker City, which uses Hutchison’s malted barley in its Pallet Jack India pale ale.

The bulk of his business are the two types for which he won gold medals — pilsner and pale malts.

He said those are a chief ingredient in many types of beers, both lagers and ales, the latter being more popular among the hundreds of craft brewers that have proliferated in the U.S. over the past few decades.

Pilsner, in addition to being a type of malt, is also a style of lager beer.

Hutchison said the prevalence of India pale ales such as Pallet Jack in the Northwest has cast attention on the role that hops plays in flavoring beer.

Most beer aficionados, he said, are at least somewhat familiar with hops.

Malt, by contrast, is something of a forgotten ingredient, Hutchison said.

He chuckles as he notes that people, on learning what he does for a living, ask him “how’s the hop business?”

Hutchison has to explain gently that “that’s not what I do.”

Although the type of malt has a direct effect on the color of beer — the shorter the drying period, the lighter-colored the kernels and the resulting brew — Hutchison said the malting process can also affect the flavor of the beer.

That’s particularly so with beer styles such as pilsners, he said, which have relatively small amounts of hops, meaning the malt contributes much more to the beer’s flavor palette.

Hutchison said he can’t predict whether his awards will bring new customers for Gold Rush Malt.

For now, the pandemic remains a major factor.

With restaurants and bars closed or severely restricted for much of the past year, demand for his malted barley has dropped by 60% to 70%.

“I can produce more if the demand is there,” Hutchison said. “We’ll wait and see, I guess.”