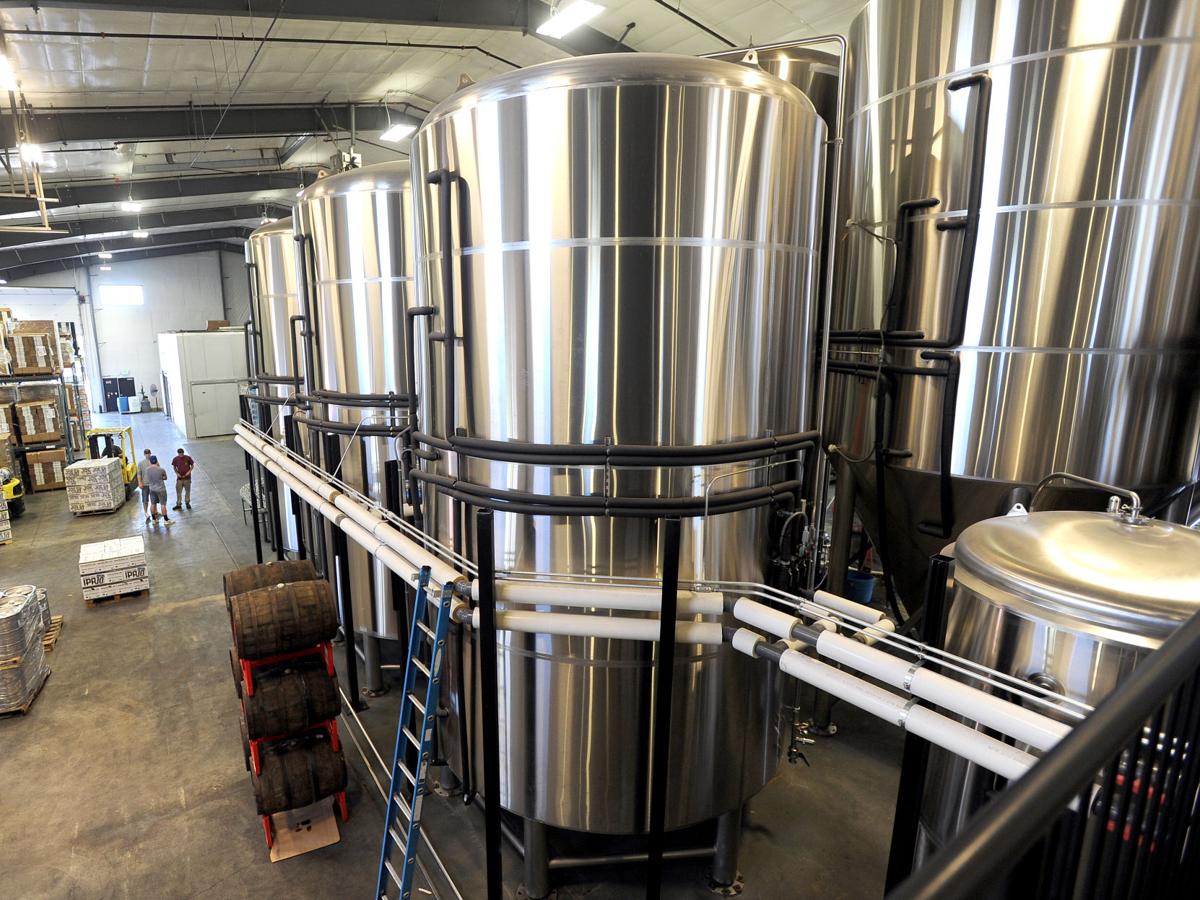 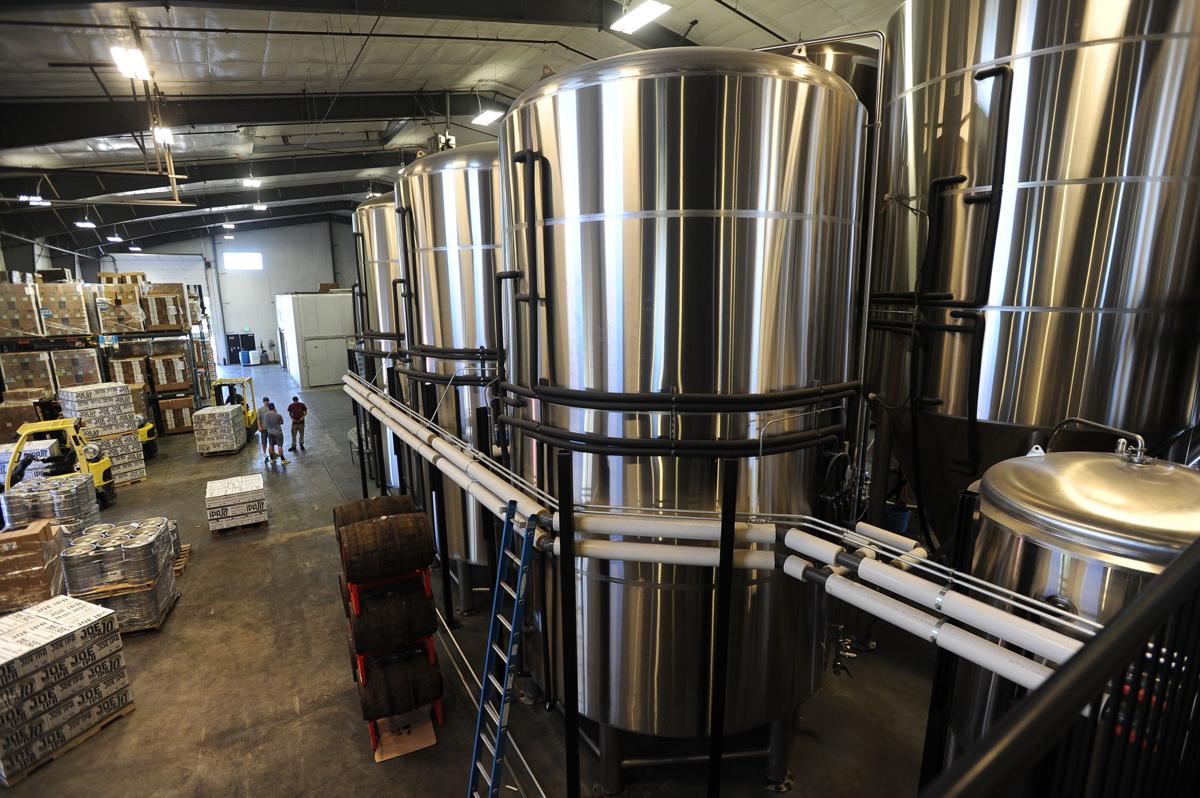 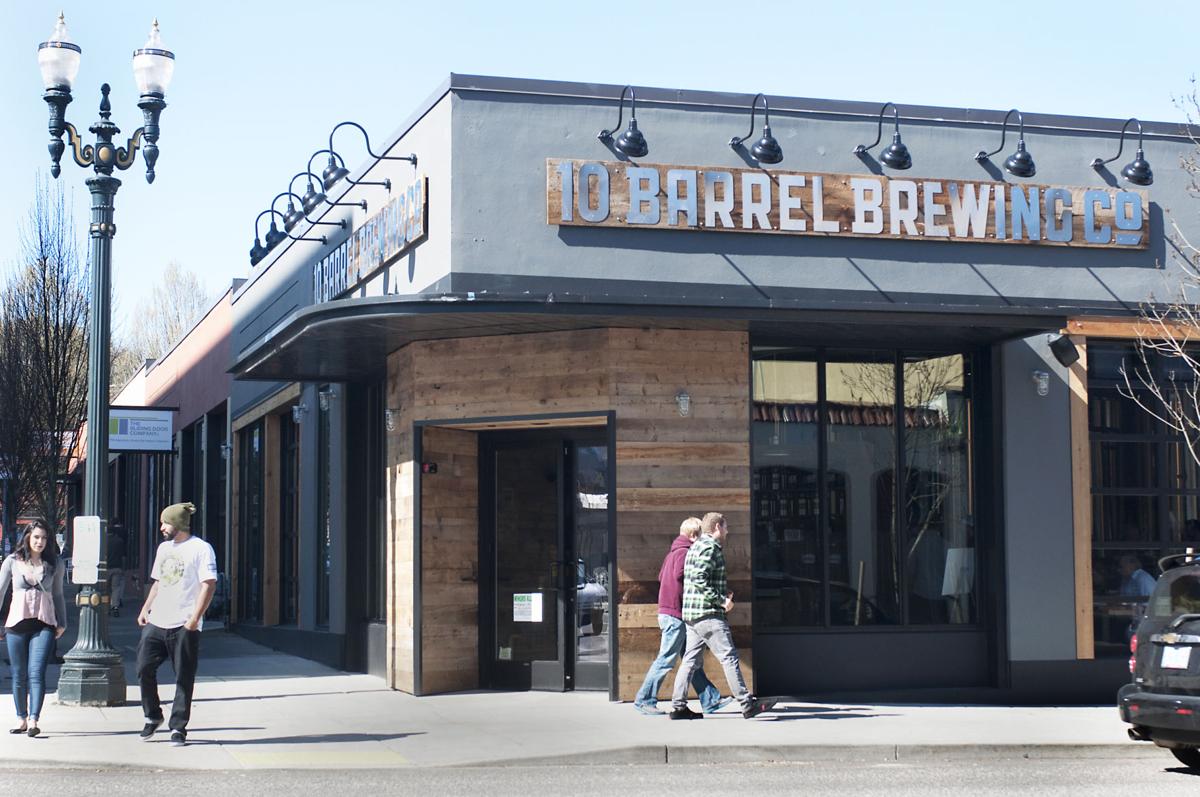 Anheuser-Busch may open a pilot distillery on the northeast side of Bend near 10 Barrel Brewing Co.’s 18th Street headquarters.(John Klicker / For The Bulletin) 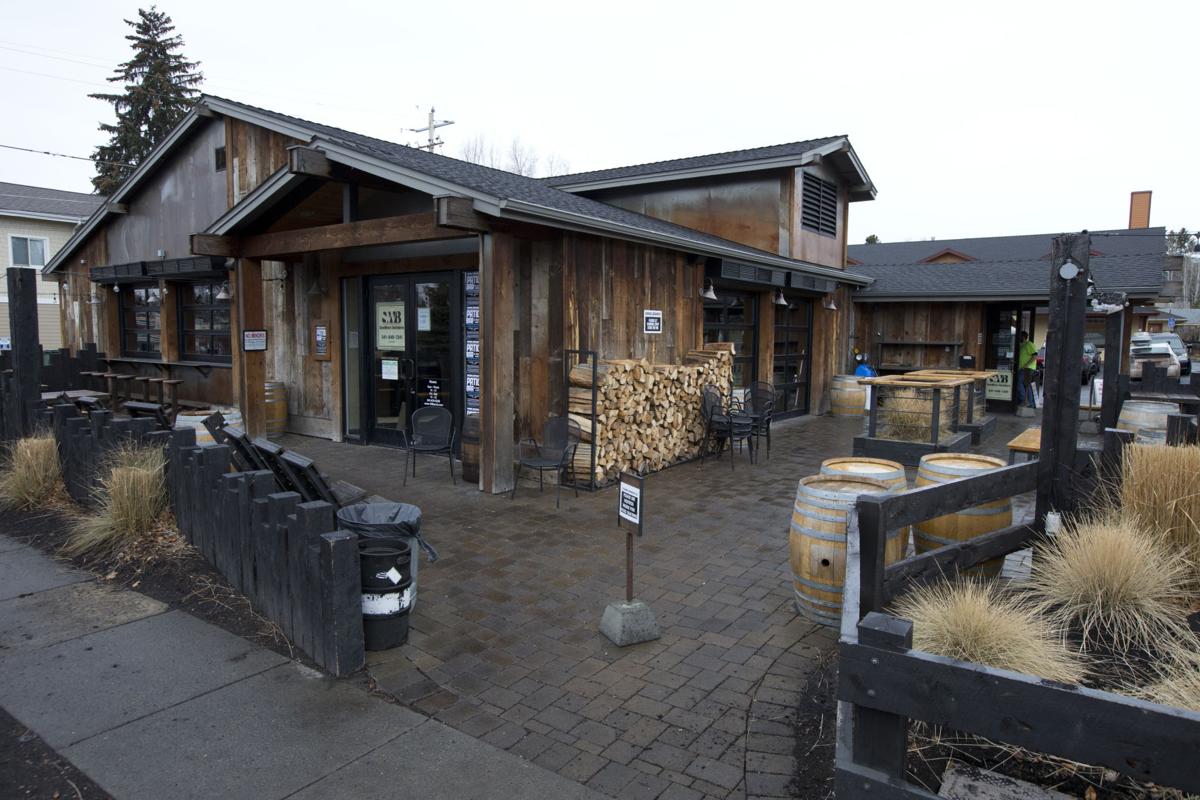 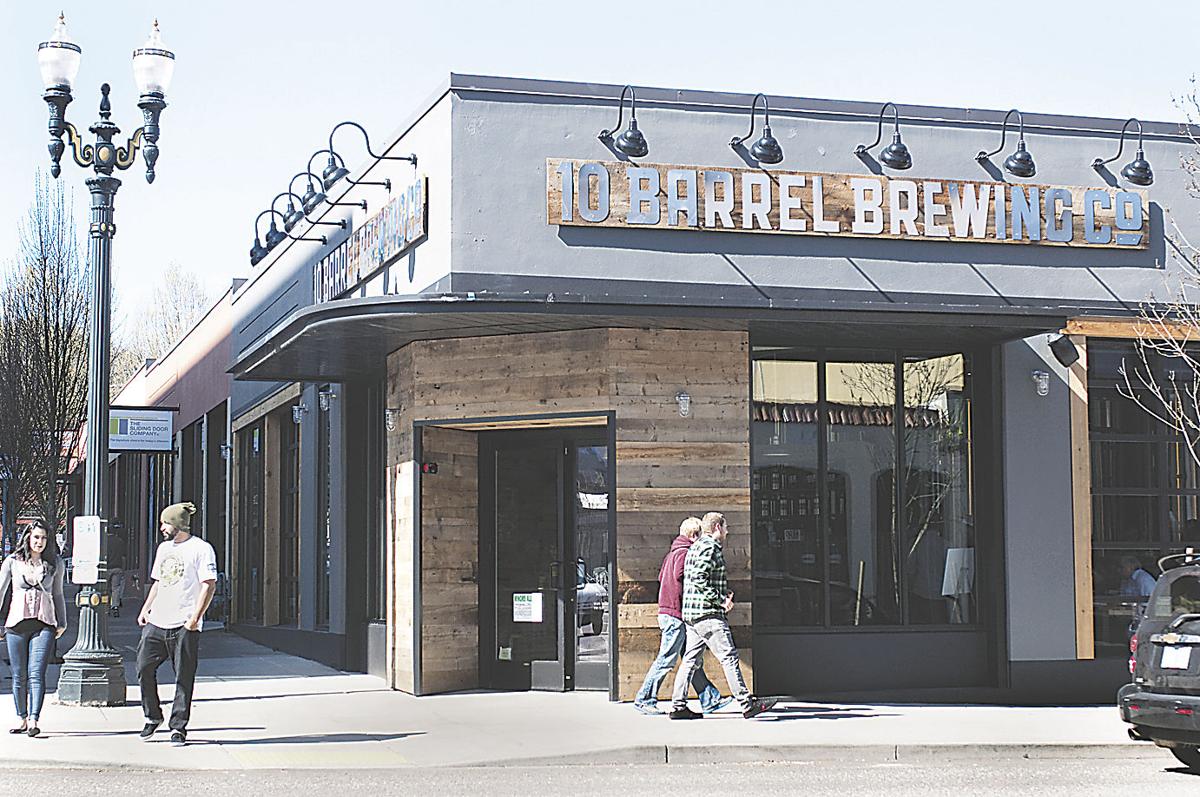 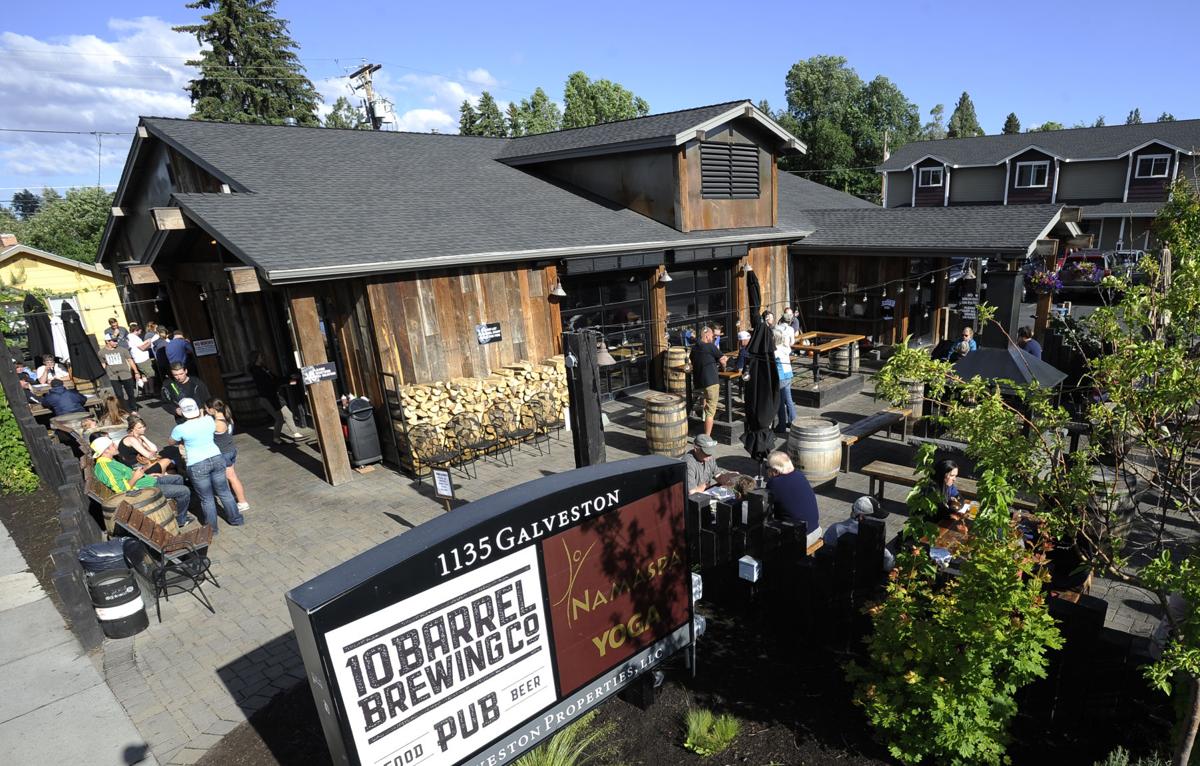 10 Barrel Brewing Co.’s pub on Bend’s west side in 2014. Anheuser-Busch, which owns 10 Barrel, may open a pilot distillery near the brewery’s 18th Street headquarters.(Ryan Brennecke / The Bulletin file photo)

Anheuser-Busch may open a pilot distillery on the northeast side of Bend near 10 Barrel Brewing Co.’s 18th Street headquarters.(John Klicker / For The Bulletin)

10 Barrel Brewing Co.’s pub on Bend’s west side in 2014. Anheuser-Busch, which owns 10 Barrel, may open a pilot distillery near the brewery’s 18th Street headquarters.(Ryan Brennecke / The Bulletin file photo)

Anheuser-Busch wants to license and operate a pilot distillery on the northeast side of Bend, not far from 10 Barrel Brewing Co.’s 18th Street headquarters.

The beverage giant, which bought 10 Barrel in 2015, has also acquired companies in the spirits industry. The in-house distillery could serve 10 Barrel and other brands with research and development, said Jeff Foster, senior director of operations at 10 Barrel.

“It’s not by any means meant for distribution-type scale,” he said.

The 600-liter pilot system, which is more than 150 gallons, that Anheuser-Busch is planning is large enough for many craft distillers to run their entire companies, Dietrich said.

Global companies pay more for advertising, event sponsorships and employees, which drives up the cost of doing business for independents, Dietrich said.

Part of the former Aloha Produce building on Painters Court in northeast Bend would house Anheuser-Busch’s distillery, according to pre-application documents filed with the city of Bend. (Aloha Produce is relocating.)

10 Barrel already has a distilling license for its main production facility on 18th Street, where it cans cocktails with liquor supplied by an outside vendor, Foster said. The pilot distillery had been on the back burner for lack of available space.

Although 10 Barrel is canning cocktails, it’s not clear whether the new distillery means the company intends to create its own brand of bottled spirits. Foster said he couldn’t comment on plans for the distillery, which is an Anheuser-Busch operation. A representative of Anheuser-Busch didn’t respond to a request for comment.

10 Barrel certainly wouldn’t be the first brewer to cross into hard liquor. Newport-based Rogue has a distillery and makes gin and whiskey, and McMenamins has two distilleries, one at Cornelius Pass Roadhouse in Hillsboro and one at Edgefield in Troutdale.

Brad Irwin, owner of Oregon Spirit Distillers in Bend and president of the Oregon Distillers Guild, said he welcomes brewers to the trade.

“Distilling is a wonderful business to be in,” he said. “I think there’s plenty of room in the distillery space.”

Irwin said his business has been providing vodka for 10 Barrel’s canned cocktails, a trend that seems to be exploding in popularity.

Editor’s note: This story has been updated. A previous version included the wrong address for Aloha Produce’s new building.