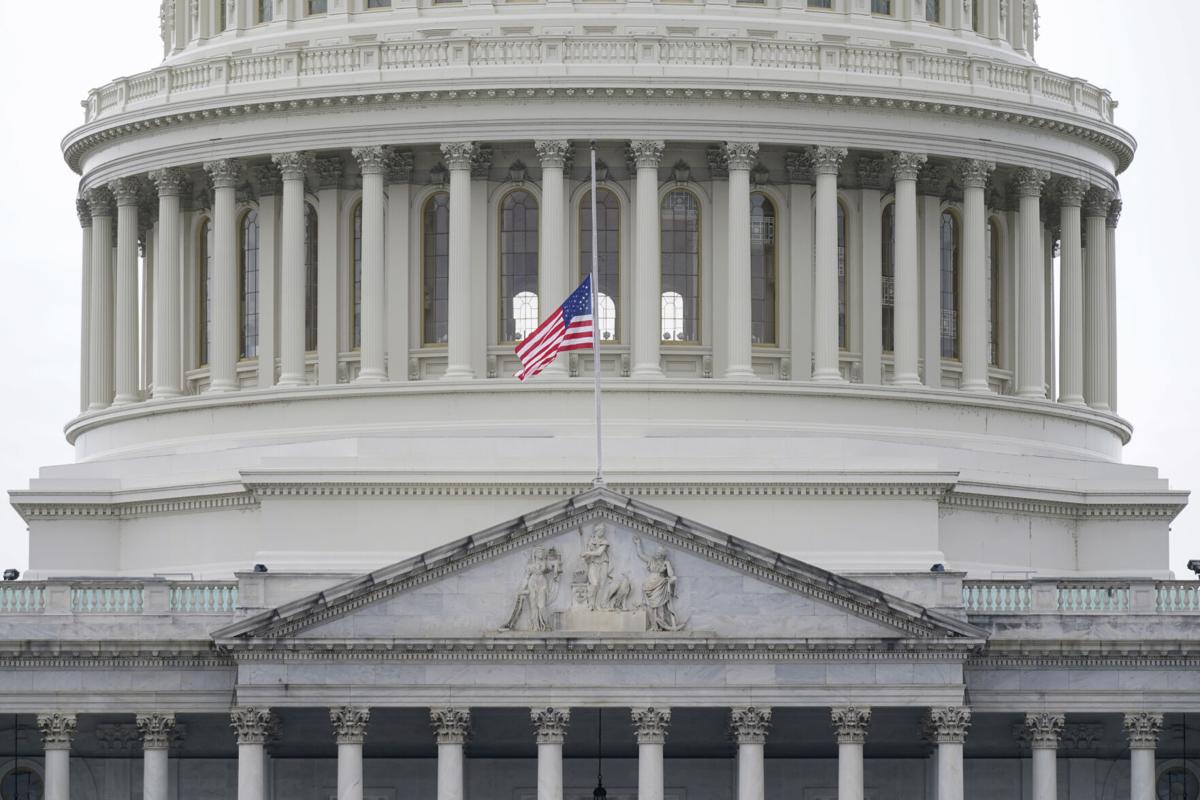 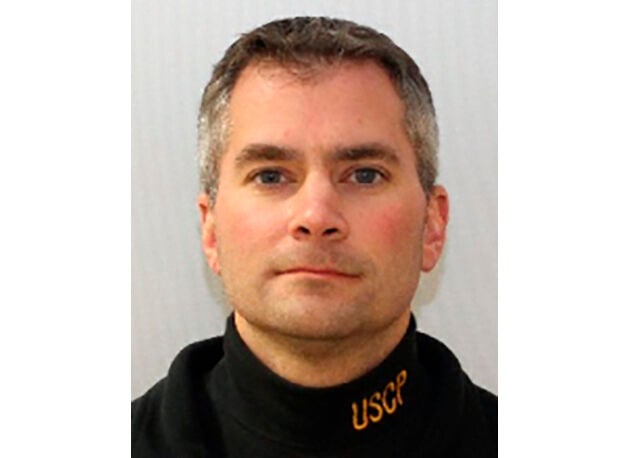 This undated image provided by the United States Capitol Police shows U.S. Capitol Police Officer Brian Sicknick, who died Thursday, Jan. 7, 2021, of injuries sustained during the riot at the Capitol. A native of South River, N.J., Sicknick served in the New Jersey Air National Guard and went on to a law enforcement career, which his family said was his lifelong dream. He joined the Capitol Police in 2008.

This undated image provided by the United States Capitol Police shows U.S. Capitol Police Officer Brian Sicknick, who died Thursday, Jan. 7, 2021, of injuries sustained during the riot at the Capitol. A native of South River, N.J., Sicknick served in the New Jersey Air National Guard and went on to a law enforcement career, which his family said was his lifelong dream. He joined the Capitol Police in 2008.

House Speaker Nancy Pelosi is accusing the Trump supporters who rioted in the Capitol of choosing “their whiteness over democracy.”

The California Democrat used an online video meeting with her hometown San Francisco constituents to criticize the overwhelmingly white mob that attacked Congress on Wednesday as it met to formally finalize Joe Biden’s presidential victory.

“It has been an epiphany for the world to see that there are people in our country led by this president, for the moment, who have chosen their whiteness over democracy,” Pelosi said Saturday.

Pelosi has set the House on course to potentially voting on a new impeachment of Trump as early as this coming week, a move that has overwhelming support from Democrats. She shed no new light Saturday on whether she’s made a final decision on that or other details.

Pelosi says, “The complicity, not only the complicity, the instigation of the president of United States, must and will be addressed.”

There have been several incidents of unruly passengers aboard flights leaving the Washington, D.C., area in recent days, and now the head of the Federal Aviation Administration is threatening to “pursue strong enforcement action against anyone who endangers the safety of a flight.”

Administrator Stephen Dickson said Saturday he expects passengers to follow instructions from airline crews. He notes that the penalties for interfering with crews range from fines to jail time.

The recent incidents include an American Airlines captain threatening to land a Washington-to-Phoenix flight in Kansas if passengers chanting “USA” didn’t behave. A female passenger can be heard mocking the captain’s warning.

Flight attendants have expressed concern that their flights could be carrying supporters of President Donald Trump who took part in Wednesday’s violent protest and siege of the U.S. Capitol.

From his early days growing up in a New Jersey hamlet, Brian Sicknick wanted to be a police officer. He enlisted in the National Guard six months after graduating high school in 1997, deploying to Saudi Arabia and then Kyrgyzstan. Joining the Guard was his means to joining law enforcement, his family said. He would join the U.S. Capitol Police in 2008, serving until his death Thursday after being attacked as rioters seething over President Donald Trump’s election loss stormed the U.S. Capitol, believing the president’s false claims of a rigged election.

“His brother told me, ‘Brian did his job,’” said John Krenzel, the mayor of Sicknick’s hometown of South River, New Jersey.

The Capitol Police said in a statement that Sicknick was injured “while physically engaging with protesters.” During the struggle, Sicknick, 42, was hit in the head with a fire extinguisher, two law enforcement officials said. The officials could not discuss the ongoing investigation publicly and spoke to The Associated Press on condition of anonymity.

The family asked the public to respect its wishes “in not making Brian’s passing a political issue.”

“Brian is a hero and that is what we would like people to remember,” the family said.

Senator: Capitol is a ‘crime scene’

The incoming chairman of the Senate Intelligence Committee has called the Capitol a “crime scene” with evidence that needs to be preserved.

Warner said the FBI and other law enforcement agencies investigating the events of that day are trying to piece together what happened. He told the companies that “messaging data to and from your subscribers that may have participated in, or assisted, those engaged in this insurrection — and associated subscriber information — are critical evidence in helping to bring these rioters to justice.”

Late Friday, Google announced that Parler — a Twitter alternative increasingly seen as a refuge for the incendiary rhetoric increasingly barred by other platforms, and a possible haven for Trump — would no longer be available for download on its App Store, citing “continued posting ... seeking to incite violence.” Apple followed suit on Saturday, removing the app as a download for its products.

Trump — whose has used Twitter constantly over the last four years to disseminate information, announce the firings of staffers, threaten enemies, praise allies and express his real-time reactions to the news — has long answered criticism of his tweets by asserting that the platform enabled him to bypass the mainstream media. Twitter permanently suspended Trump’s account Friday. Facebook and Instagram have suspended Trump at least until Inauguration Day. Twitch and Snapchat also have disabled Trump’s accounts, while Shopify took down online stores affiliated with the president and Reddit removed a Trump subgroup.For several months, he has railed about the need to rein in tech companies as Silicon Valley, under pressure from lawmakers, has started to label many of his missives as dubious or outright false. Just last month, he vetoed a military funding bill in part because it did not include a repeal of Section 230 of the 1996 law that gives tech companies immunity from legal liability for user content disseminated on their platforms.

Although he has decried what he views as Big Tech’s censorship of his and other conservatives’ speech on the platform, Trump’s constant and unrestrained tweets were a defining feature of his “audience of one” presidency.