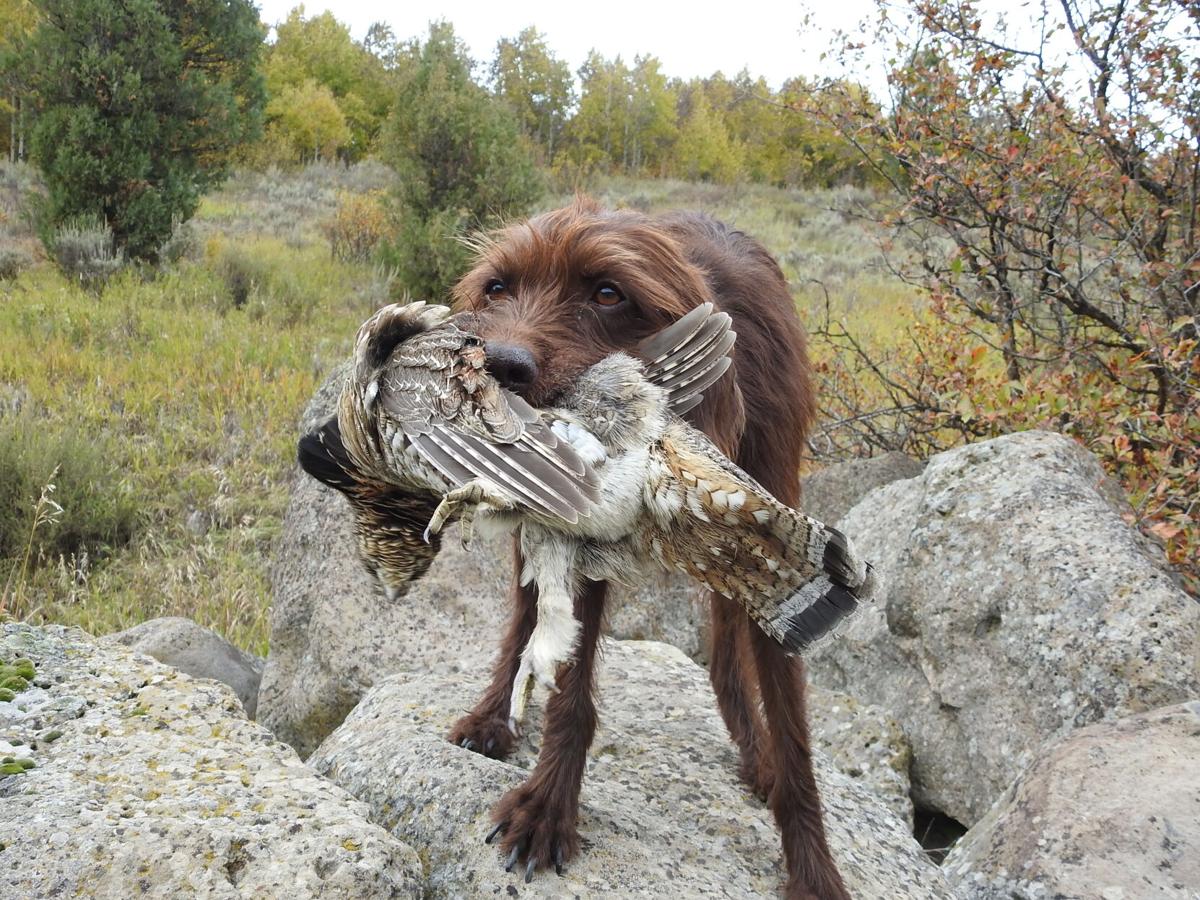 Liesl, the pudelpointer, with a ruffed grouse taken on an early season hunt. In Central Oregon the birds can be found within an hour's drive of Bend or Prineville. 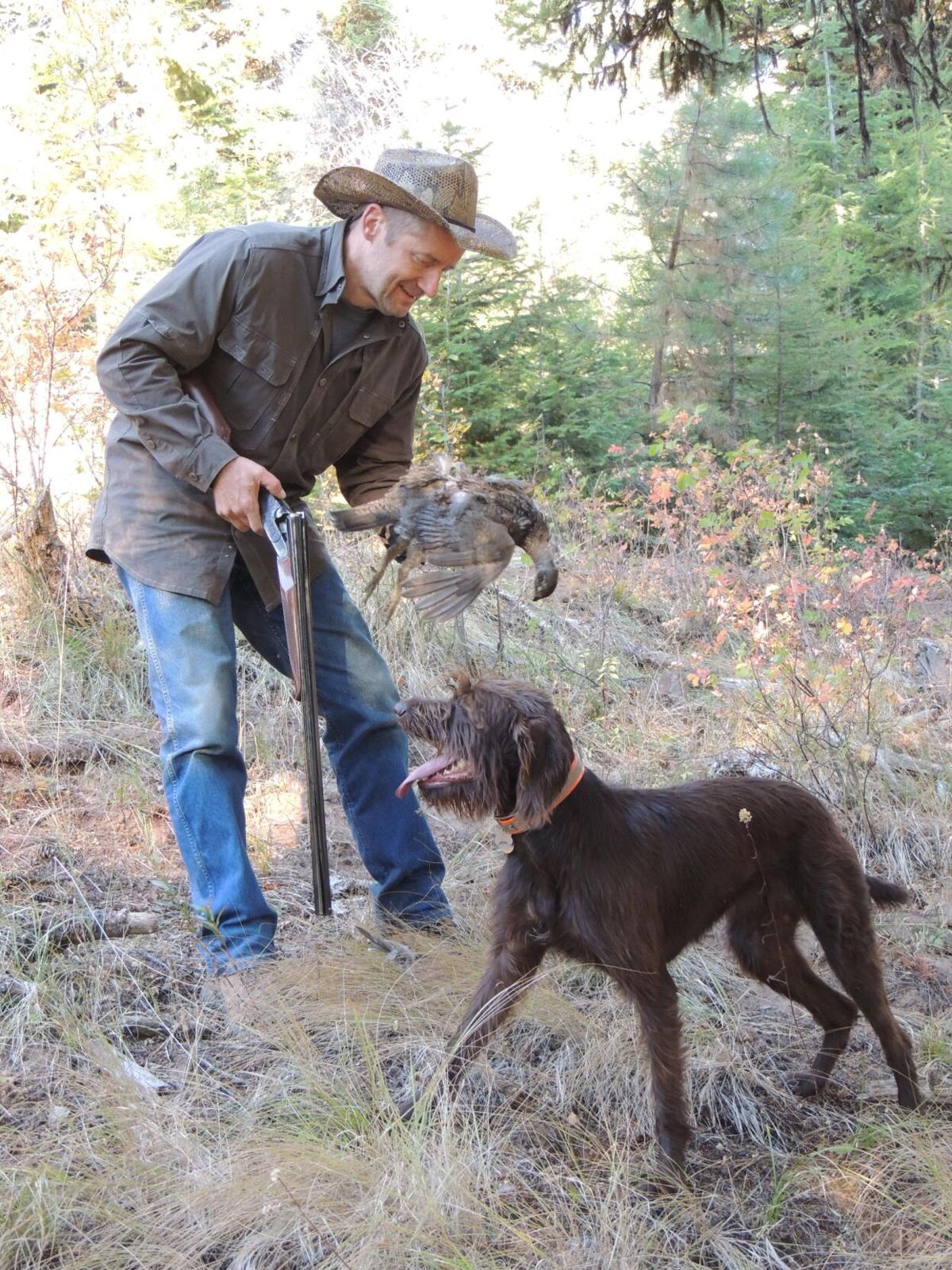 A September scouting trip paid off with a grouse for Lewis and the pudelpointer, Liesl. 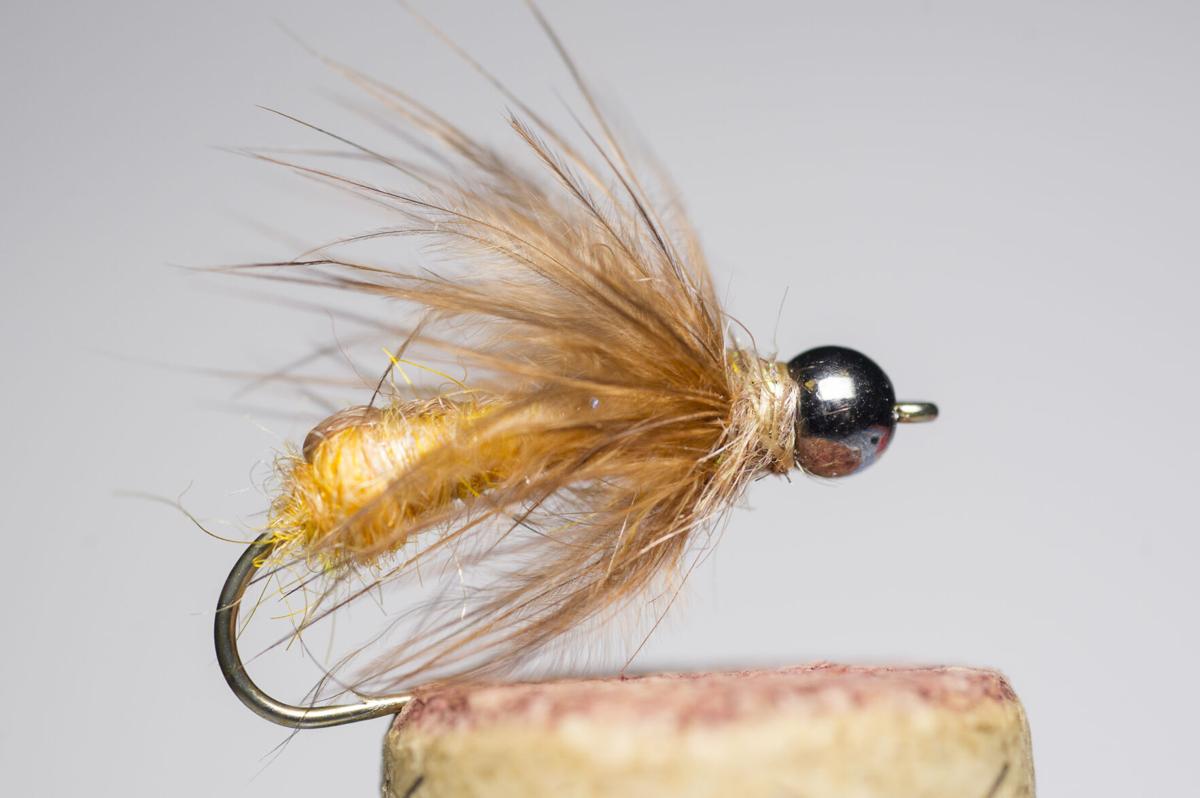 Liesl, the pudelpointer, with a ruffed grouse taken on an early season hunt. In Central Oregon the birds can be found within an hour's drive of Bend or Prineville.

A September scouting trip paid off with a grouse for Lewis and the pudelpointer, Liesl.

Early in the hunt I saw a ruffed grouse picking gravel on a forest road and marked the spot in my head as a place to go back to.

When my cousin Neil called last year to say he had drawn a once-in-a-lifetime Idaho moose tag in the Targhee National Forest, I knew I had to help. But I brought my 6-year-old pudelpointer Liesl and a shotgun, too. It was the season for early birds. I guessed I could find them as well in Idaho as back home in Oregon.

It was the third day of the hunt when I returned to that spot, click-closed the door on the F-150 and dropped two rounds in the twin barrels of the Weatherby.

Liesl turned once to look at me for direction and I waved her ahead, into a stand of timber.

She walked like a cat, head up, tensed like a rubber band, nose in the air. When she decided where it was, she broke ahead and flushed the bird instead of holding it.

I missed it going left to right. But if there was one, there had to be another.

I called the dog back and we walked deeper into the trees. When she froze, one foot off the ground, she held her nose in the air. I saw the bird on a branch.

When the bird flushed, I swung and folded it as it broke out of the trees. Liesl brought the grouse to hand.

Grouse hunts are important to me. The first time it was a big deal when my dad allowed me to tag along. I was 3 years old. A few years later, the first game I ever cooked was ruffed grouse and there is no finer bird on the table.

When the season opens each September, I try to carve out an afternoon hunt or two.

We find two types of forest grouse east of the Cascades — both ruffed grouse and blues.

Ruffeds are most often found in canyons with a lot of cover — aspens, alders, willows, vine maple, pines and fir trees. They like a bit of elevation change. A little bench over a spring or a swamp can pay off with looks at a bird or two or three. They flash through the timber, offering brief glimpses and a rush of wings like a heart attack.

Blue grouse are most often found closer to the tops of the ridges. They seek out patches of berry bushes and peck the greenery beneath the spruces, hemlock and pines. Bigger birds, when flushed, they go faster and farther unless they are stopped with a load of 6's.

But grouse are not the only early birds. A lot of hunters like to start the season with a dove hunt.

Sept. 1 marks the opening of Oregon’s dove hunt. For some hunters, it’s the social event of the year. For others, it’s a chance to tune up for fall bird hunting. Whatever the reason the best bet is to go early in the month.

Doves like to roost in flocks, preferring dead junipers adjacent to feed and water. In the morning they head out to feeding areas and typically will find shade for rest during the middle of the day. Feeding again in the late afternoon, they’ll head to water, then to roost in the evening.

The season for mourning doves runs Sept. 1 to Oct. 30 with a bag limit of 15 per day. Invasive Eurasian doves may be hunted year-round.

The band-tailed pigeon is a mountain bird, usually found by watching tree tops or feeding areas or mineral springs. Although this is a statewide season, hunters find the most action in the Willamette Valley and in the Coast Range from Gold Beach to Astoria.

Pheasant hunting is a gateway to a lifetime of bird hunting and no one knows that better than the volunteers that host the free youth pheasant hunts held around the state. These are for the early birds, the kids that want to get an ODFW-sponsored jump on bird season.

Youth pheasant hunts are free, though young hunters must have a hunting license, hunter education certification and an upland game bird validation. Exceptions to the certification rule will be allowed for hunters who have completed a workbook course, but have not attended a field day postponed due to COVID-19.

The Oregon Department of Fish and Wildlife and various community partners stock pheasants to supplement wild stock and holdovers to give kids a head start. Several of the events begin with a shotgun skills clinic so participants can warm up on clay targets. An adult 21 or older must accompany the youth to supervise, but may not hunt.

Registration is available at www.myodfw.com.

This pattern lives at that moment of hesitation, that vulnerability when a caddis pupa is about to hatch into an adult. When steelhead are in the river, the October Caddis with a heavy metal bead can do double duty for both resident rainbows and steelhead. Because it is imitative of an abundant food source, it is a good stealth pattern for low water summer runs.

Fish the October Caddis Tungsten beneath a strike indicator set at two times the depth of the run. Cast upstream and mend for a long, drag-free drift. Set the hook if the indicator hesitates, goes cross-current or zips upstream.

Tie this one on a No. 6-8 extra long nymph hook. Slide the big tungsten bead up against the eye. Build the body with a yellow/orange October caddis UV dubbing blend. Don't taper the body, but instead keep it fat down toward the bend of the hook. For the hackle, use root beer brown cul de canard. Finish with a hare's ear UV blend collar.