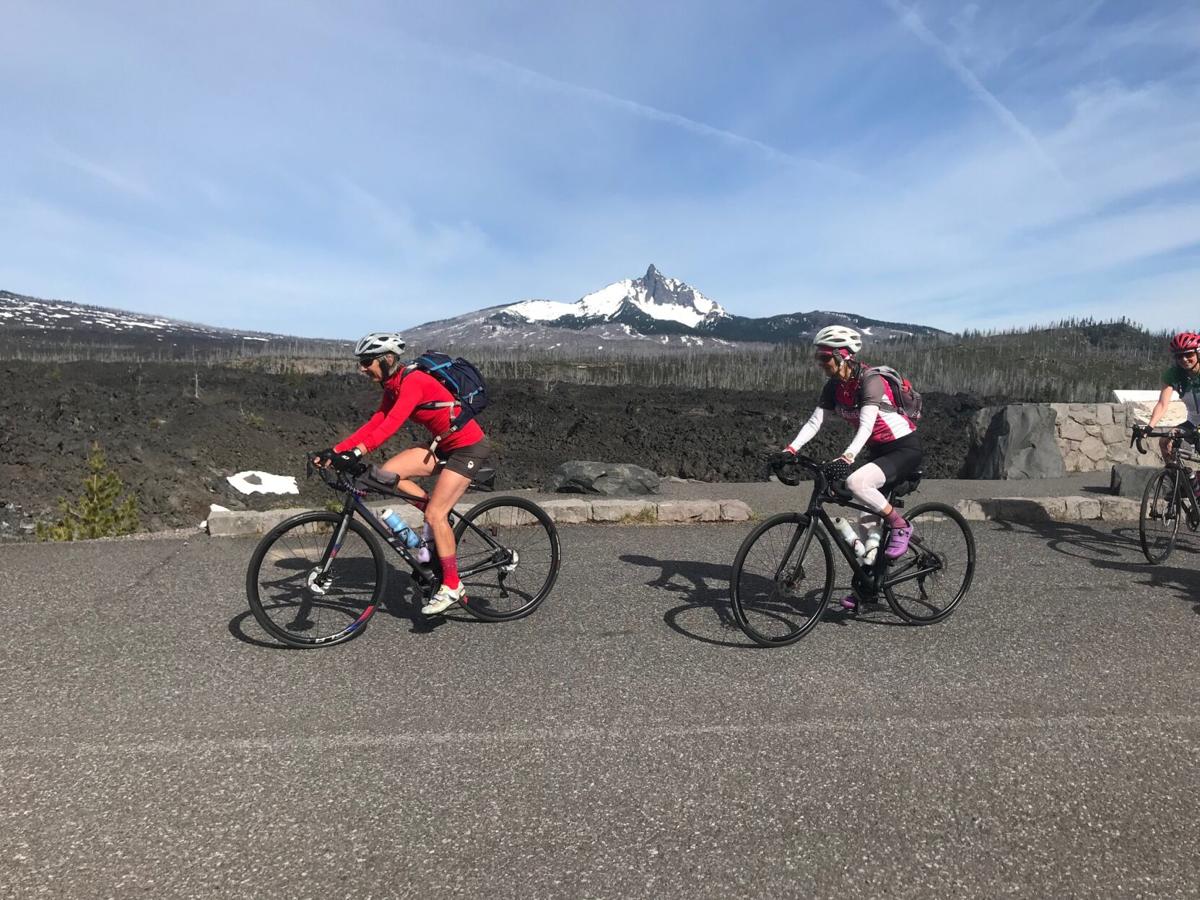 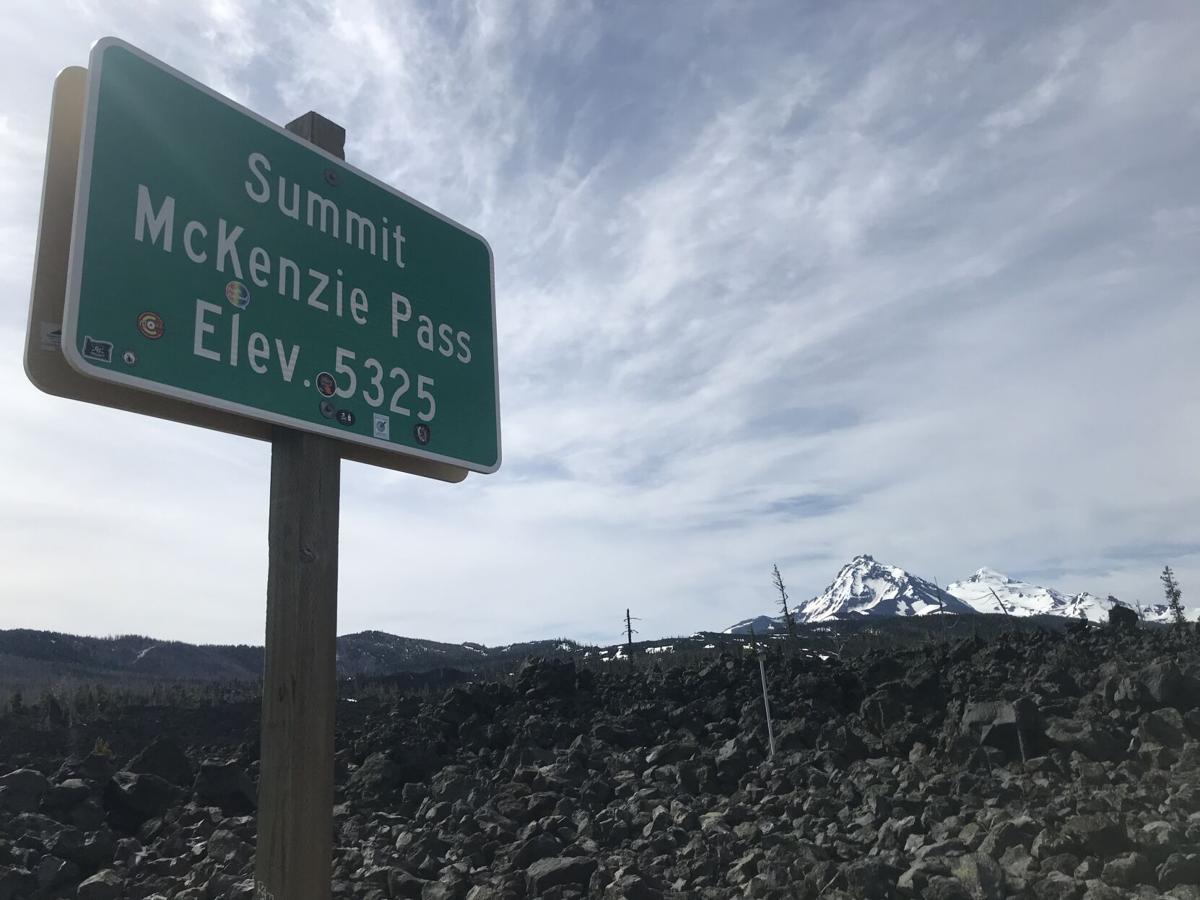 The summit of McKenzie Pass, with North and Middle Sister in the background. The summit of McKenzie Pass, with North and Middle Sister in the background.

Halfway up McKenzie Pass along the empty road lined by lava rock, it struck me: this would probably be the closest I would ever come to anything resembling the Tour de France.

Sure, there were no spectators lining the route and I was on a mountain bike, but the chance to hog the road going up a pristine mountain pass brings to mind the word’s greatest bike race.

Cyclists on McKenzie Pass have until June 15 to not worry about motor vehicles as they pretend they are climbing toward a mountaintop stage victory in the tour.

Each spring, the Oregon Department of Transportation clears snow from the Old McKenzie Pass Highway (state Highway 242) to open it to cyclists and pedestrians only, before it opens the road to motor vehicles. For cost efficiency, crews plow one complete lane, then let natural melting open the highway’s second lane. According to ODOT, the highway will open to motor vehicles this year on June 15.

That leaves two more weekends and 10 more days to ride the McKenzie Pass Scenic Bikeway without the added danger and annoyance of motor vehicles.

On Wednesday, I made the drive to Sisters from Bend. The ride to the pass summit from Sisters is about 11 miles with 2,000 feet of elevation gain, and most cyclists start their ride from Sisters. Not wanting to grind out such an effort on my mountain bike, I parked the car near the closed gate along Highway 242 to make the climb about 6½ miles and 1,200 feet of elevation gain.

My plan was to turn around and ride right back down after reaching the top at Dee Wright Observatory, though more ambitious cyclists can ride the 38 miles from Sisters to Belknap Springs on the west side of the pass over and back in one day.

This was my second time riding up the pass, as I usually prefer trails to roads. But it’s easy to make an exception for McKenzie Pass, which features a wonderland of lava rock and Cascade mountain peaks.

The climb is not as steep and hard as one might think, and it was pretty easy to settle into a rhythm as I pedaled up the pass.

The scenery along McKenzie Pass Highway has changed dramatically in recent years since the Milli Fire burned nearly 25,000 acres in the area in 2017. What was once a lush, green forest is now home to thousands of scorched trees along the first couple miles of the route from the gate. Cyclists starting from Sisters still get the chance ride amid a green forest in an area untouched by the fire.

Through some of the burned trees, I glimpsed views of snow-covered Mount Jefferson, Mount Washington and Belknap Crater.

After about 45 minutes of riding I reached Windy Point, which revealed a sprawling view of the 2,000-year-old lava flow that covers the top of McKenzie Pass, with Mount Washington rising above it. At the viewpoint, a few cyclists rested, taking photos and eating snacks.

The road flattened out as I continued my approach toward the 5,325-foot summit. Lava rock lines both sides of the highway in this area, and most years, cyclists are treated to navigating through high walls of snow along the route earlier in the spring. By this time of year most of the snow has melted, though several patches lingered in the lava rock near the summit.

Cyclists should be aware of occasional road debris (mostly gravel) and ODOT vehicles along the route.

They should also watch for oncoming riders in both directions and always stay right of the center line.

At the summit near Dee Wright Observatory, I took in views of the Three Sisters and other Cascade peaks, all towering over the sea of lava rock. A few other cyclists were taking a break at the summit, before heading back down the highway toward Sisters.

Those who venture down the west side of the pass encounter a 4,000-foot descent over 25 miles of swooping switchbacks through a dense, green forest all the way to the McKenzie River. But I was ready to head back down to the gate on the east side.

I needed about one hour to climb to the top of McKenzie Pass — and a mere 15 minutes to ride back down as I reached speeds of 30 mph, according to my Garmin watch.

I encountered several climbing cyclists on my descent, even some fellow mountain bikers, all of them with bright smiles on their faces.

Perhaps they were envisioning themselves on their way to a stage victory in the Tour de France as well.