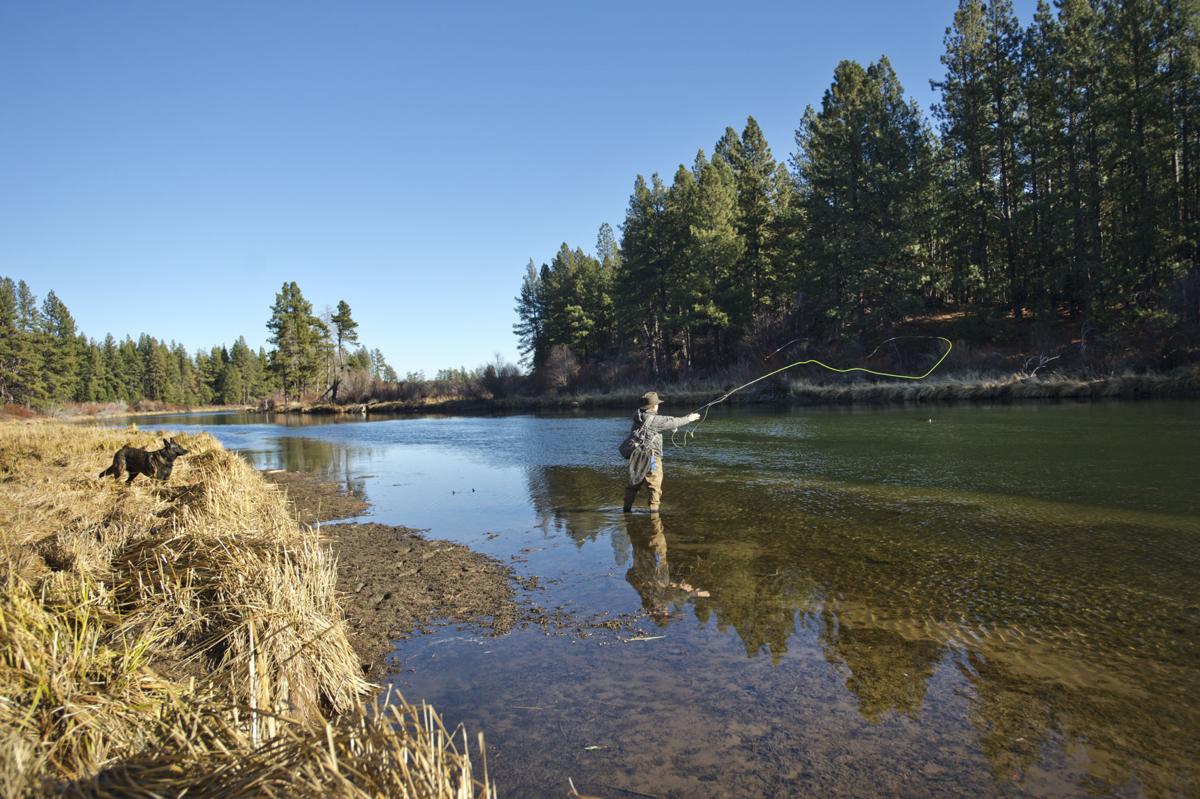 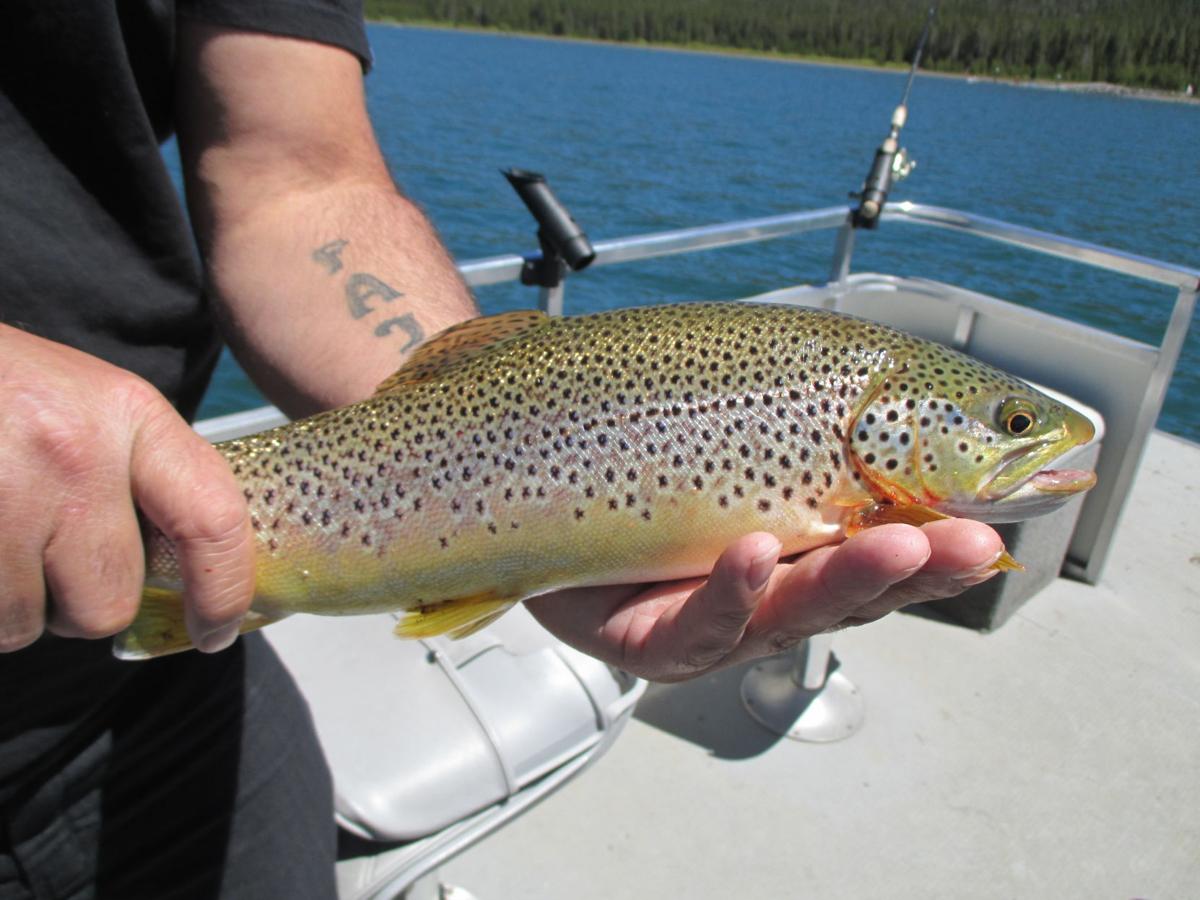 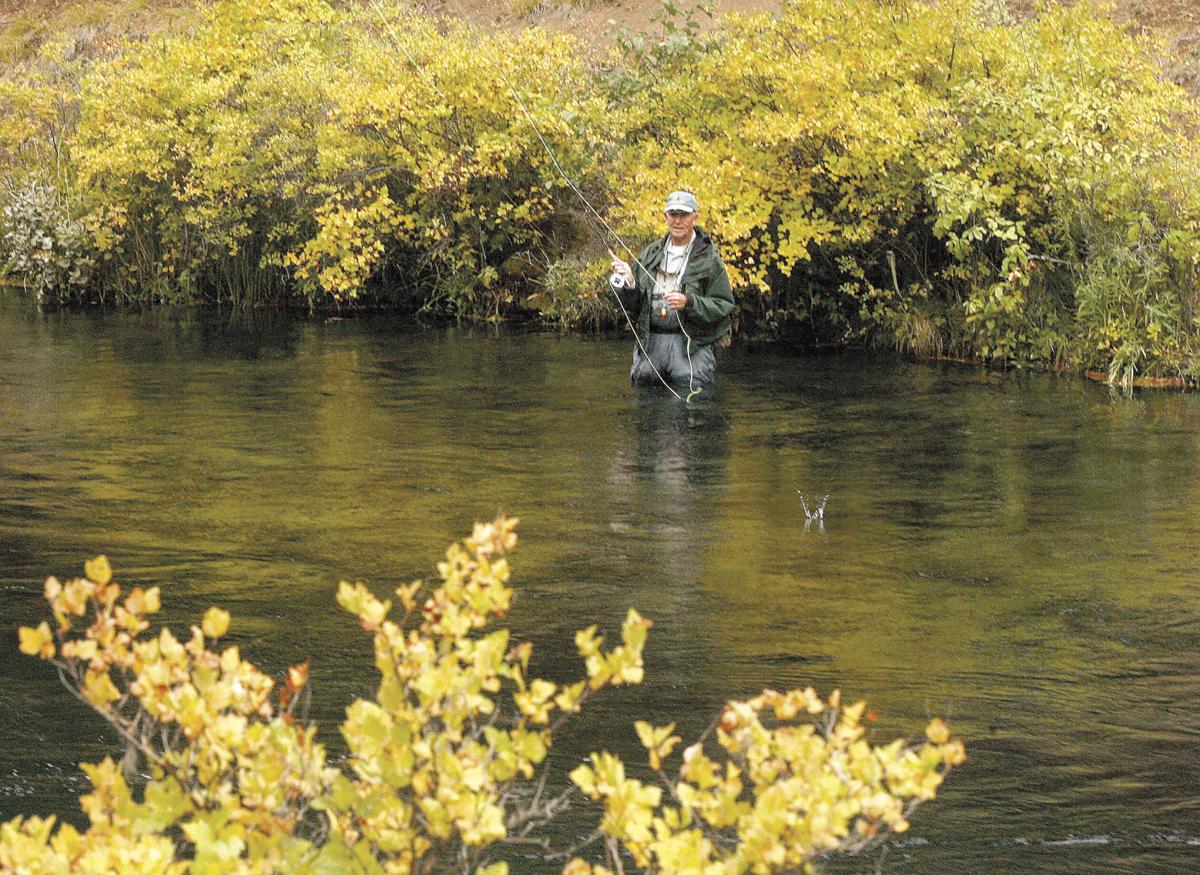 Anglers can fly-fish on the Metolius year-round.

Anglers can fly-fish on the Metolius year-round.

Sure, there is a nip in the air, but the crowds are gone, the sun is still shining most days — and most importantly, the fish are still there.

Fall is an ideal time for fishing in Central Oregon, as a bevy of river and lake opportunities remain for anglers before winter settles in across the region.

October is the perfect month to pursue steelhead on the Lower Deschutes near Maupin and Warm Springs, according to Rod French, a fisheries biologist for the Oregon Department of Fish and Wildlife based in The Dalles.

Fall chinook fishing is also at its peak near Sherars Falls on the Lower Deschutes, and that season remains open through Oct. 31.

For those anglers seeking trout and a shorter drive from Bend, myriad opportunities remain in October.

During the fall, the section of the Deschutes River just below Benham Falls can offer productive fly-fishing for anglers looking to land rainbow trout, brown trout and whitefish. And anglers can often have the water virtually to themselves.

The river above Benham Falls closed to fishing on Sept. 30, but the section from Benham Falls downstream to Bend remains open year-round and offers incredible scenery in addition to the angling.

The trout in that stretch of the Deschutes range from about 6 to 12 inches, according to the ODFW, but many fish in the 14- to 18-inch range also live there. As the irrigation canals shut down in the fall, the water drops in this section of the Deschutes, making fishing somewhat easier.

Nymphing below the surface of the water is typically the best option in autumn, but overcast days can bring blue-wing olive hatches and make dry-fly fishing an option.

The Metolius is renowned as a challenging river, but the chance to land wild rainbows and bull trout brings anglers to its banks year-round. Unlike in some other rivers, the numbers of fish in the Metolius remain consistent from summer to winter, and the river often has more insect activity during cooler autumn temperatures than other streams due to its consistent water levels and temperature, according to the ODFW.

Located just northwest of Sisters, the Metolius is restricted to catch-and-release fly-fishing with barbless hooks. Some of the best fishing is located on the stretch between Wizard Falls Fish Hatchery and Bridge 99. The section above Allingham Bridge closes to fishing on Oct. 31.

Rainbows on the Metolius average about 14 to 15 inches, while the bull trout average 6 to 7 pounds.

Both species are often located in deeper pools.

Anglers still have some time to fish the high lakes before they close for the season or winter weather makes them inaccessible.

Crane Prairie Reservoir, Wickiup Reservoir and Odell Lake close to fishing for the season on Oct. 31, but most other high lakes in Central Oregon are open year-round, weather permitting. Most shut down for the winter once the snow and ice settle in.

Paulina and East lakes — in the Newberry National Volcanic Monument east of La Pine — are a good spot for fall fishing before the snow accumulates. Big brown trout are often landed on these lakes in autumn.

The kokanee spawning in the shallows of East Lake at this time of year bring large rainbow and brown trout close to shore, providing opportunities for anglers without boats.

The Deschutes County Road Department typically closes the road into Paulina and East lakes by mid-November, but that can change based on forecasts and snow.

Even when the rain, wind and snow eventually arrive on the High Desert this fall, numerous fishing options abound for those whose fishing seasons do not end when summer ends.